The Tesla Cybertruck will need a first-rate dynamic air suspension to “kick butt in Baja.”

We recently reported that Tesla CEO Elon Musk plans to drive a Plaid Cybertruck as his personal vehicle. This caused a bit of confusion for some since the Plaid powertrain is something that was first discovered as a Tesla Model S visited Nürburgring in an attempt to set some new records. The Plaid just refers to a tri-motor system, right?

According to Musk, it’s not that simple. He says there’s more to it than that. In addition, a week after referencing the Cybertruck and Plaid powertrain, the CEO talked about the upcoming electric pickup truck’s dynamic air suspension.

Apparently, Tesla is working on improving the air suspension system on the upcoming Cybertruck. More specifically, it needs to have increased “travel for better off-roading.” Musk continued that it needs to “kick butt in Baja.” This is likely in reference to Baja California and/or the Baja 1000: a Mexican off-road race held annually on the Baja California Peninsula.

The tweetstorm about the Plaid Cybertruck, the improved suspension, and Baja continued on. Musk said the air suspension will be an all-new system, not an iteration of the Model S and Model X air suspension. He also noted that he’ll be reviewing the system soon with his vehicle engineering team, after which he’ll be able to share more information with us, such as its ground clearance.

We will continue to follow information related to this story. As new details become available, we’ll keep you updated. In the meantime, scroll down and let us know what you think in the comment section below. 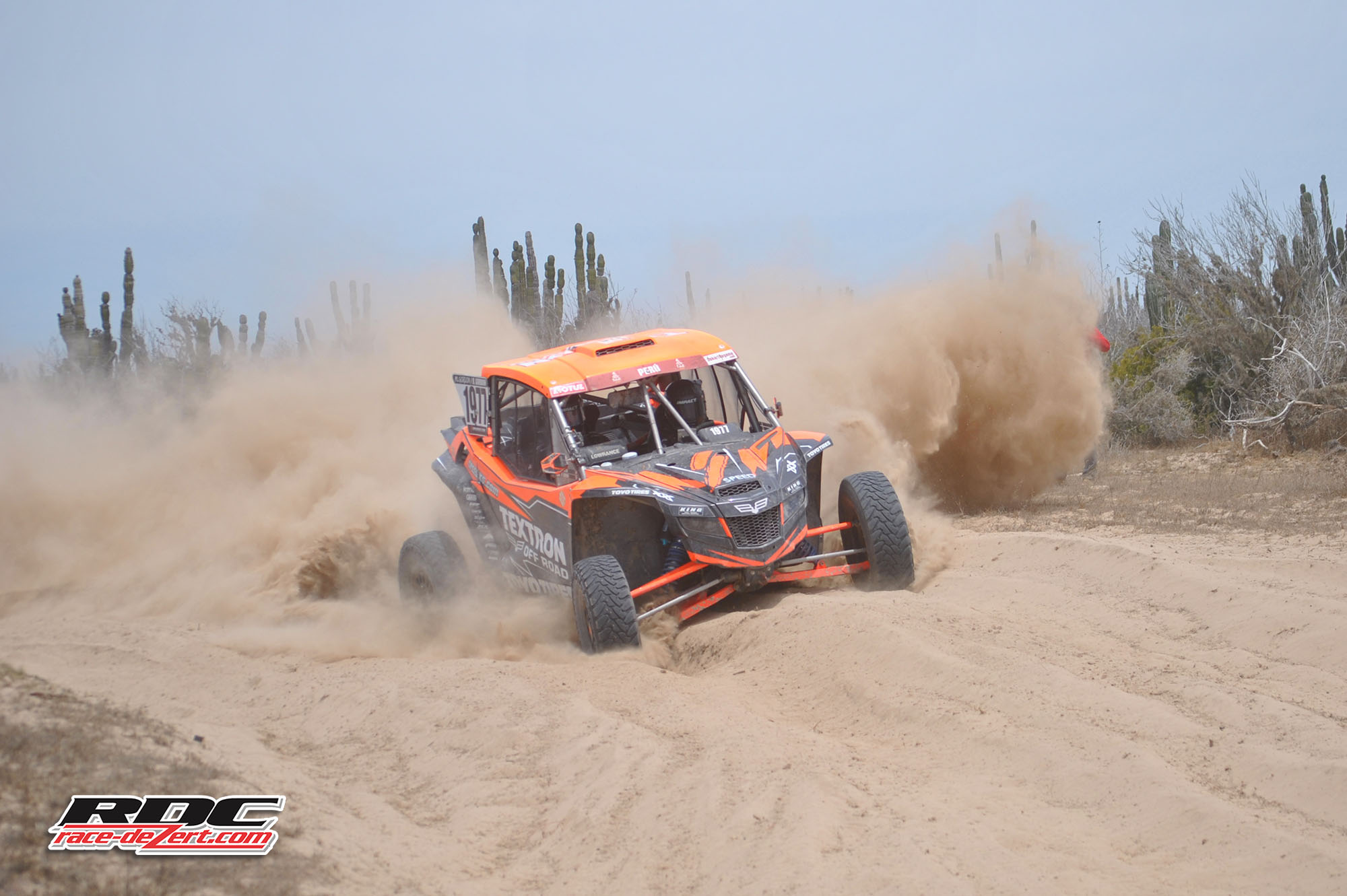 ThomasD said:
So he is going enter the 1000 mile race or is he going to just drive down there
Click to expand...

He'll have to build some more Superchargers in Mexico first.

I've driven from San Francisco down to the southern tip of Baja in a Chevy Suburban (body-on-frame). The Cybertruck would have been awesome to do that drive, except (1) no superchargers on the way (2) no way to repair it if anything breaks, (3) can't carry a gun in Mexico to keep banditos from stealing the CT from you. Other than those 3 I would love to do that drive again in the CT.
Reactions: lottadot

If you have jumper cables, you can get power how most of the 3rd world gets it, direct off the line, just need an adapter to splice into the Tesla HPWC or bring some modified circuit breakers that you can tie direct into the power panel with the HPWC wired direct to the circuit breaker. There is a thread on here somewhere where some guys did the Pan American HWY with several different modifications to an HPWC so it would work pretty much anywhere with a coupler change.
Reactions: TechOps
C

Someone needs to tell Elon that air is a lost cause. If he wants a better more robust adjustable option go hydraulic with springs like Toyota in the land cruiser.

and no way any air suspension will handle the Baja 1000.
Reactions: Xenoilphobe

How about a MR suspension?

Xenoilphobe said:
How about a MR suspension?

Isn’t the LORD MR a fancy hydraulic with springs? Of note The Oshkosh JLTC also has active hydraulic.

Blasting through desert terrain with a fury unlike any other in professional motorsports, SCORE Trophy Trucks battle for their ultimate prize: a victory in the grueling Baja 1000 – described by some as the top motorsports event in the world.

SCORE International is the Sanctioning Committee of Off-Road Events. It sanctions desert races.

SCORE was founded by the late, great Mickey Thompson in 1973. An avid hot-rodder, Thompson was the first American to exceed 400 mph on the Bonneville Salt Flats (in 1960). Tragically he was murdered in 1988 (en.wikipedia.org/wiki/Mickey_Thompson), after which time ownership of SCORE passed to Sal Fish.

In 2012 avid off-road racer Roger Norman became SCORE International’s very hands-on series president. If you witnessed Baja 1000 qualifying this year you would have seen Roger performing inspections of the LVMS course, at speed from behind the wheel of a truck.

In 2016 all SCORE races were held in Baja California, Mexico: the SCORE San Felipe 250, the SCORE Baja 500 (Ensenada), the SCORE Desert Challenge (Rosarito Beach) and the Baja 1000 (Ensenada) – the undisputed crown jewel of the series.

Congratulatory fans after a run on this very cold, desert night.

Congratulatory fans after a run on this very cold, desert night.

The race classes are comprised of two-wheel and four-wheel vehicles: motorcycles, quad bikes, open-wheel cars, Jeeps, Baja Bugs and a variety of specifications of trucks, ranging from mini-trucks to Trophy Trucks and Class 1 racers.

The Baja 1000 dates back to the 1960s, at a time when there were no GPS devices, cell phones or anything else electronic to help navigate the nearly 1,000 mile torture test along the Baja California Peninsula – from Ensenada to La Paz on the Pacific coast. Just to compete in the Baja 1000 has always been a true test of courage, for failure here could well be life threatening.

On display at the SEMA Show, before leaving the Las Vegas Convention Center to qualify at Las Vegas Motor Speedway.

On display at the SEMA Show, before leaving the Las Vegas Convention Center to qualify at Las Vegas Motor Speedway.

Before these gladiators may race the Baja 1000, first they must qualify for this great test of man and machine. Qualifying for the SCORE Trophy Trucks and Trophy Truck Spec vehicles was run on the evening of November 1 at Las Vegas Motor Speedway – not coincidentally during the same week as the annual SEMA Show, where the race trucks had been on display, and from where they had left in a procession to LVMS in the afternoon of qualifying day Tuesday.

Many are familiar with the high-speed, paved and banked LVMS track where they run the NASCAR stock car races, but this is just one portion of the huge LVMS motorsports complex. Also located within its boundaries is a sprawling off-road dirt course with a towering jump, whoop-de-dos and wide, high-speed turns that are ideal for hanging the tail out and drifting.

The Baja 1000 is not just an endurance test for the drivers and crews, but also for fans and the press. By November it can get bitter cold in the Nevada desert at night, and on this night it was windy, too. Every time a truck sped by, a cloud of dust followed – and then blew over the grandstands, covering the hardy, freezing, and utterly enthusiastic spectators in dust. They did not seem to mind, nor did I. We quickly learned to turn our heads and briefly close our eyes just before the dust arrived. We endured long, cold delays between some of the qualifying runs, remaining in the stands or trackside until the very end of the evening. Such is the excitement of watching qualifying for the Baja 1000, and to see first-hand who was quickest of all.

The trucks qualified individually. As they neared the Start/Finish line at the end of their runs, a team of lightly clad but cheery flag girls hurried out of what I hope was their warm shelter to assemble on both sides of the track, where they welcomed each returning truck with waved SCORE Baja 1000 checkered flags. On this night the quickest driver in SCORE Trophy Truck was Mark Post of Las Vegas, and in Trophy Truck Spec the fast qualifier was Javier Quiros of Huntington Beach, CA.

In 2017 the 50th Anniversary of the SCORE Baja 1000 will be run. For more information, check out the references used for this article: the online SCORE Journal digital magazine – The Official Publication of SCORE Off-Road Racing (score-international.com/scorejournal-digital/) and Wikipedia (en.wikipedia.org/wiki/SCORE_International).

Letting it all hang out.

Letting it all hang out.