Tesla Chief Executive Elon Musk, who is well-versed in the post popular gaming titles, said last year during an interview at the E3 gaming convention that Fallout Shelter would eventually be added to the arcade.

“Fallout Shelter puts you in control of a state-of-the-art underground Vault from Vault-Tec,” Tesla’s release notes said. “Build the perfect Vault, keep your dwellers happy, and protect them from the dangers of the Wasteland.”

The Tesla Arcade offers a variety of games, ranging from classic titles to modern hits, that can be played when the vehicle is in park.

Additionally, Tesla updated its TRAX music-making feature, adding a piano roll view that allows users to edit and fine-tune notes on a track. 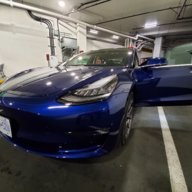 Finally allowing us to use the steering wheel buttons to control playback, there is a god!