Tesla has officially launched its contest for an EV to be designed and built in China.

Chief Executive Elon Musk said in January at an event at Giga Shanghai that he thinks China has some of the best art in the world, which would be represented in a Tesla vehicle designed in China.

Tesla made an announcement this week via its WeChat account in China inviting design submissions.

“I think something that would be super cool would be to – and so we’re gonna do it, we’re gonna try to do it – would be to create a China design and engineering center to actually design an original car in China for worldwide consumption,” Musk said. “I think this will be very exciting.”

Tesla also previously posted a recruitment ad for a design and R&D center in China that featured a previously unreleased concept design. It will be interesting to see the format and style the crowdsourced car will take.

Tesla has not said how quickly it plans to accelerate the project, so it’s not clear when the Chinese-inspired design would be available for sale. 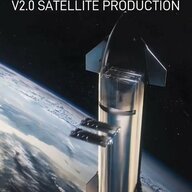