The launch marked the 15th for the Starlink program, which aims to deliver broadband internet service around the world.

The payload was carried by a Falcon 9 first stage booster that flew twice before, including a Starlink mission in September. SpaceX also successfully landed the booster aboard the “Just Read the Instructions” drone ship in the Atlantic Ocean.

It was the 55th successful orbital launch and landing and 43rd mission to use a flight-proven rocket.

SpaceX Chief Executive Elon Musk said earlier this month that the company plans to roll out a public beta of its Starlink broadband service soon.

Musk said on Twitter that a “fairly wide” beta version of the service will be ready for action as soon as the latest satellites “reach their target position.” Musk said the service will provide internet to the northern United States and “hopefully” southern Canada. 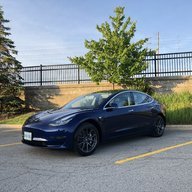 I saw this launch in the sky. I thought it was the alien part of 2020 but a quick google search told me it was the starlink satellites still in a tight formation. A very cool sight.
Reactions: jdr93 and Grendal 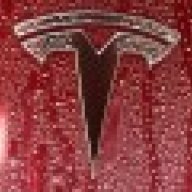 the launch on 10/24 was the 14th launch of the operational starlink satellites. the first launch of 60 test vehicles has been almost entirely de-orbited. though 60 satellites times the 14 subsequent launches comes to 840, not all launches were of 60 devices. let's estimate 830 then. at 60 satellites per launch another 3 lifts will be be required. soon enough but not yet.
Reactions: dkemme