The car designed to give a “hardcore smackdown” to all others is expected to start production in mid to late 2021. Musk said they’re adding color options as the company did for the original Roadster.

That said, Tesla Chief Designer Franz von Holzhausen – the man who drove the Roadster out of the Tesla Semi for its debut – said last year on a podcast that the Roadster “will be even better than what we’ve unveiled in every way.” 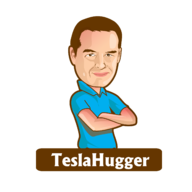 I was thinking of going with red for my roadster but that orange looks amazing.

When I was looking at vinyl samples to wrap my Model S, my top picks were orange or teal. I waffled quite a while before picking 3M Atomic Teal, and I have not regretted. It is eye-popping vivid and gets a lot of compliments. I have shown pictures before, but cameras can't capture it accurately. I think it’s outside the normal digital color gamut.

It reminds me a little of that line from The Matrix. “Unfortunately, nobody can be shown Atomic Teal on a screen. You have to see it yourself.”

I have had contrarian thoughts, though, about just getting a new white Roadster with black interior like the 1st gen that I already own. It’s clean, purposeful, no-nonsense. Like James Bond’s Esprit S1. And you know, it’s gonna be noticed no matter what color it is.
Reactions: kayleia and byeLT4

Will the Next-Gen Tesla Roadster Be Delayed?

Blog Musk Says Next FSD Release Will Be 'Special'