Miami is the latest city in talks to use Elon Musk’s tunneling company for an underground transportation project.

Miami Mayor Francis Suarez posted a video to Twitter sharing some of the details of The Boring Company’s pitch to the city.

“The order of magnitude in terms of savings is significant,” Suarez said in the video. “We talked a lot about the Brickell Tunnel project, which was priced out at $1 billion, and he [Elon Musk] feels can be done much closer to $30 million.”

A $30 million underground transportation system sure sounds like a bargain. And, Suarez seems keen to push a Boring Company project. He said he intends to share further details with Governor Ron DeSantis and Miami-Dade Mayor Daniella Levine Cava.

Musk reportedly said the Miami tunnel would take about six months to complete.

“I think we have a unique opportunity to create a signature project, not just for Miami, but for the world that will bring people from across the world to see this solution,” Suarez said in the video. 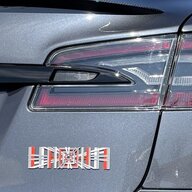 Make sure all entry points are at least 10 feet above sea level.
Reactions: Timdoggg85, MitchMitch and Big Earl
T

The highest natural point in the city of Miami is in Coconut Grove, near the bay, along the Miami Rock Ridge at 24 feet (7.3 m) above sea level. Just tunnel here. Don't forget drainage and ventilation
Reactions: MichaelP90DL

ThomasD said:
The highest natural point in the city of Miami is in Coconut Grove, near the bay, along the Miami Rock Ridge at 24 feet (7.3 m) above sea level. Just tunnel here. Don't forget drainage and ventilation
Click to expand...

Speaking of the flatness of Florida, next time you see Apollo 13, in the motel scene in "Florida" where Marilyn Lovell loses her ring in a shower drain, note the motel exterior. Behind it, on the left in the distance...you will see mountains. (That motel is in Burbank, CA).
D

If anyone can do it, Musk can. I hope he knows the challenges in Miami. And better start off higher then 10 feet above sea level and engineer some decent pumps as when hurricanes hit the storm surge will dump quite a bunch of water into those tunnels. Heck the Brickell Apartment i lived in after Andrew hit had standing water up to the 4th floor of the parking garage during the storm. (and yes, people had their cars in the lower levels which were totaled out) If anything he should ask/look at the challenges of the port of Miami tunnel project.