Almost all of the buyers previously were driving conventional gas cars.

Tesla noted in its Q1 2021 report that 98% of Tesla trade-ins are internal combustion cars (ICE) cars, including hybrids we assume.

That’s not surprising, as 97% of overall global sales of new cars today are non-plug-ins, and in the past it was close to 100%.

Only a small part of Tesla customers (2%) previously were driving EVs from other manufacturers.

An interesting thing is the brand rank, which reveals that most customers were driving non-premium brands (Toyota, Honda and Ford are the top three). Premium brands appear to represent more than a third of trade-ins and the top three brands are BMW, Lexus and Audi.

“ICE vehicles comprised 97% of cars sold globally in 2020 and 98% of Tesla trade-ins.1 As more OEMs join our mission by launching EVs, we believe consumer confidence in EVs continues to increase and more customers are willing to make the switch.”

“(1) Trade-ins for Model 3 and Model Y in the US over the past 2 years, excluding Tesla trade-ins”

Toyota, Honda and Ford were not too engaged in electric cars during the past 10 years, so it’s not strange that customers interested in BEVs were looking elsewhere. In the most recent years, things are starting to change.

BMW, aside from the i3, also was not offering too many BEVs until the most recent years, but some of the new models are limited to only some markets (like in the case of iX3 – in China and Europe). Lexus is “green” and Audi appears to be the most engaged in EVs over the last two years among the listed brands.

Tesla adds also that the order rate is at a record high right now:

“Our Q1 order rate2 was the strongest in our history and we are moving as quickly as possible to add more production capacity.”

“(2) Net orders for vehicles in production”

And I just traded Model 3 for a Taycan. Not looking back.....
Reactions: Barklikeadog, InternetDude, Sig72 and 1 other person

Great news. More vehicles without a fossil link coming on the road. Tesla is the only dependable proven brand I own and will continue to purchase. We love the beta FSD and saw it develop over the last 6 years. All our Teslas have this and what it does is simply unbelievable. No other company comes close.
Reactions: InternetDude

This might make for a good article but a lot of Tesla's consumers are well educated and a big chunk of them understand that Tesla doesn't want a non-Tesla trade. Tesla typically low-balls trade-in offers which sends educated consumers elsewhere to dump their current ride.
Reactions: CigarMoose 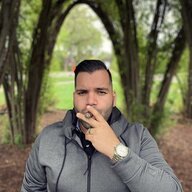 imola.zhp said:
This might make for a good article but a lot of Tesla's consumers are well educated and a big chunk of them understand that Tesla doesn't want a non-Tesla trade. Tesla typically low-balls trade-in offers which sends educated consumers elsewhere to dump their current ride.
Click to expand...

Wow lucky you!
B

I got a great offer from Tesla for my 2014 Acura TSX 6-speed. $14,485. It was higher than Vroom, Carvana, and much higher than Carmax. Immediately accepted it towards a 2018 S75D.
Reactions: imola.zhp and Bulldogge16

A
Trading a tesla 3 for another tesla : [not happy with teslas offer]

K
Trade In on Old Car