Amazon hopes to have 10,000 Rivians making deliveries by next year. The company says it has already used electric vehicles to deliver more than 20 million packages.

Ross Rachey, director of Amazon’s Global Fleet and Products, told paper that the Denver area routes were selected to test different climates. It’s one of 16 cities currently slated for Amazon to operate the Rivian vans.

“From what we’ve seen, this is one of the fastest modern commercial electrification programs, and we’re incredibly proud of that,” Rachey said in the report. “As we continue to grow and invest in Colorado, we want to do so responsibly, so we’re excited for customers to see these vehicles cruising through their neighborhood.”

Amazon is an investor in Rivian and has agreed to purchase 100,000 vans from the company to electrify its fleet.
Rivian’s first vehicles for consumers – the R1T pickup and R1S SUV – are expected to go into production later this year. 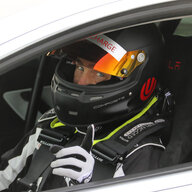 I need one of these as a support van for my racing!

Cars and Transportation Saturday at 1:25 AM
CLK350