A new Tesla factory under construction in Berlin will be delayed by six months, according to a new report.

Tesla was targeting a July 1 opening of the factory, however, it seems difficulties with permits have cause the delay. The factory in Berlin is one of two currently under construction. Tesla is also building a new factory in Austin, Texas, which is expected to be completed by the end of the year.

There is some dispute around the report. Just a week ago on Tesla’s Q1 2021 earnings call, Chief Executive Elon Musk said both Texas and Berlin should be operational this year. 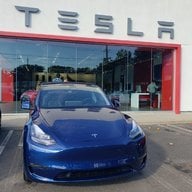 I wish you would mention how Tesla is underpaying (below German Federal minimum wage pay of 9.35€) people who are working for Tesla who are constructing this Giga Berlin Factory...

You need to get your facts right. Tesla isn't employing people to build factories. It's the contractor. Any issues regarding what they pay their people is not Tesla's responsibility. Also, having lived in Germany and having some understanding of the crazy labor laws there, I seriously doubt a business would survive long if it was known to pay less than the legal minimum!
Reactions: job-lek