Despite momentum for the electric pickup truck market, Lordstown Motors said on Tuesday it may not have enough cash for production.

In June 2020, Lordstown announced plans to build a pickup dubbed Endurance, which promised 250 miles of range at a starting price of $52,500.

“The company believes that its current level of cash and cash equivalents are not sufficient to fund commercial scale production and the launch of sale of such vehicles,” the company said in a filing with the U.S. Securities and Exchange Commission.

“These conditions raise substantial doubt regarding our ability to continue as a going concern for a period of at least one year,” the company added.

The company said it will produce half of its planned number of Endurance pickups this year, blaming COVID-19 and supply chain issues.

GM, which has announced its own electric pickups, is a minority shareholder in Lordstown.

Will be for sale soon and GM will come in to buy it. Same thing will happen with Rivian, Ford will buy them out.

Rivian is much more capitalized. 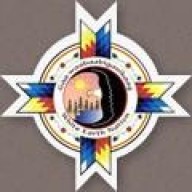 I good buy to get GM into the EV market

GM & F have no money, probably salivating over the 1.5T$$ tech pkg just passed by Congress.
--

Wasn't it determined the Endurance was just a Silverado body with some minor design tweaks on a different (AWD truck EV) frame?
J

Merrill said:
Rivian is much more capitalized.
Click to expand...

And support of Amazon