Formed in 2006, Tesla Motors Club (TMC) was the first independent online Tesla community. Today it remains the largest and most dynamic community of Tesla enthusiasts.

Tesla Motors Club (TMC) is excited to announce our official summer symposium, TMC Connect 2014. This is  our second annual users’ conference and expo. TMC Connect 2014 will take place on the weekend of July 18-20 in Monterey, California.

This year we will continue to provide our conference attendees with opportunities for networking, discussions with EV experts, and other compelling, thoughtful activities for Tesla enthusiasts.

Additionally, TMC Connect will be interfacing with Speed Ventures’ REFUEL 2014 at Mazda Raceway Laguna Seca (July 20). REFUEL offers its participants the unique opportunity to drive their personal electric vehicles on one of the world’s most renowned racetracks.  Participants can also push the handling limits of their EVs on a lower speed performance driving course (autocross) in the paddock.  Your TMC Connect 2014 conference badge grants you spectator access to REFUEL as well as the option to participate in an EV Parade lap on the track. REFUEL will require additional registration for performance events such as autocross and track time trials.

Some of our speakers include: 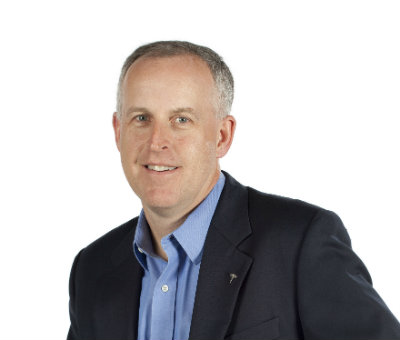 view bio
Diarmuid joined Tesla in 2006, and currently serves as the Vice President of Business Development in which capacity he manages commercial relationships and all aspects of government affairs. Before joining Tesla, Diarmuid served as Chief of Staff for Political Military Affairs at the US State Department, where he was involved in policy and operational support to the U.S military in various theaters of operation.

Before his tenure in Washington, Diarmuid worked in corporate strategy as a management consultant for Accenture, as a founder of educational software developer, Real Time Learning, and as a senior executive with both McCann Erickson Worldwide and Young and Rubicam. Over the course of his career, he has managed international operations, projects and marketing for such brands as Coca Cola, Gillette, and AT&T, among others.

Diarmuid has earned a bachelor’s degree from Dartmouth College, a master’s degree in Foreign Policy from the University of Virginia, and an MBA from Kellogg. He lives with his wife and two children in the Bay Area and escapes to the mountains whenever possible. 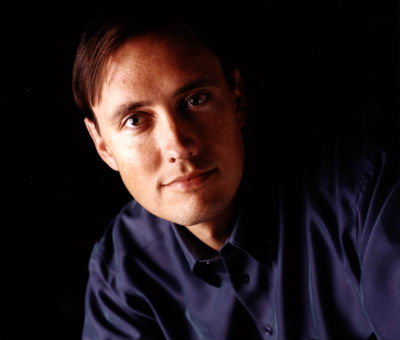 Steve Jurvetson is a Partner at DFJ. His current board responsibilities include SpaceX, Synthetic Genomics, and Tesla Motors (TSLA). He was the founding VC investor in Hotmail (MSFT), Interwoven (IWOV), Kana (KANA), and NeoPhotonics (NPTN). He also led DFJ’s investments in other companies that were acquired for $12 billion in aggregate. Previously, Steve was an R&D Engineer at Hewlett-Packard, where seven of his communications chip designs were fabricated. His prior technical experience also includes programming, materials science research, and computer design at HP’s PC Division, the Center for Materials Research, and Mostek. He has also worked in product marketing at Apple and NeXT Software. As a Consultant with Bain & Company, Steve developed executive marketing, sales, engineering and business strategies for a wide range of companies in the software, networking and semiconductor industries.

At Stanford University, he finished his BSEE in 2.5 years and graduated #1 in his class, as the Henry Ford Scholar. Steve also holds an MS in Electrical Engineering from Stanford. He received his MBA from the Stanford Business School, where he was an Arjay Miller Scholar. He also serves on the Advisory Boards of SRI International, WAVC, STVP, and SEVF.

He was honored as “The Valley’s Sharpest VC” on the cover of Business 2.0 and chosen by the SF Chronicle and SF Examiner as one of “the ten people expected to have the greatest impact on the Bay Area in the early part of the 21st Century.” Steve was chosen by Forbes as one of “Tech’s Best Venture Investors”, by the VC Journal as one of the “Ten Most Influential VCs”, and by Fortune as part of their “Brain Trust of Top Ten Minds.” Steve was honored as a Young Global Leader by the World Economic Forum, as a Distinguished Alumnus by St. Mark’s (where he was the Commencement Speaker), and as Deloitte’s “Venture Capitalist of the Year” for 2012. 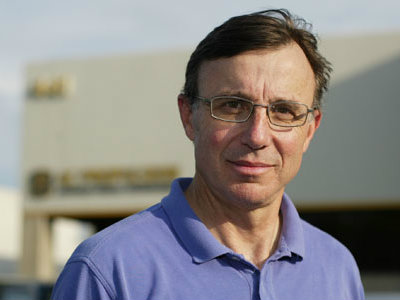 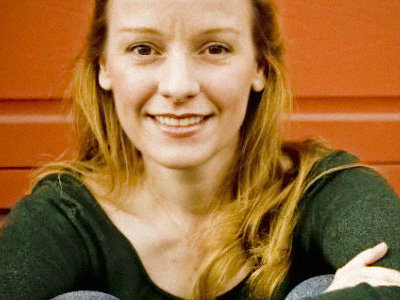 view bio
Chelsea Sexton is a veteran in electric transportation; her work on General Motors’ EV1 program was featured in the Sony Pictures Classics film, Who Killed the Electric Car?, and she was a Consulting Producer on the follow-up, Revenge of the Electric Car. Chelsea served as Director of the Automotive X PRIZE, Senior Advisor to VantagePoint Capital Partners’ Cleantech practice, and co-founder of Plug In America, an electric drive advocacy group. She currently works as an industry advisor and consultant, and has written for multiple outlets including Wired and Popular Science. 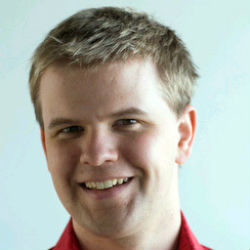 view bio
Bruno is an engineer, entrepreneur and venture investor. He is an Equity Partner at Data Collective Venture Capital with Matt Ocko and Zachary Bogue. Prior to that he was an engineering manager on Enterprise Gmail, tasked with making it more competitive with Microsoft Exchange. He also worked on Google Earth, playing a major role from being a startup through its acquisition by Google and scaling to 1 billion installs. He has been granted a patent pending for a Browser Size – a tool that illustrates how websites lose important traffic by placing content below the fold. Bruno has had the honour of presenting twice at the TED conference on Blindfolded Origami and Santa Tracker. His more fun jobs have included stints working on the Diablo computer series and the animated film, Ice Age (nominated for an Academy Award). He received his bachelor’s degree in computer science from Cambridge University. 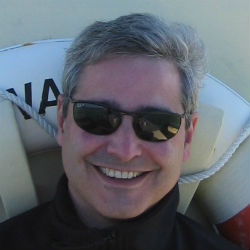 view bio
Joe Pasqua is Senior Vice President, Product Strategy at MarkLogic Corporation. Joe’s technical interests include system software, knowledge representation, and rights management. Joe is the creator of VisibleTesla, an app that lets users monitor, control, and visualize information about their Tesla Model S from their computer or laptop. 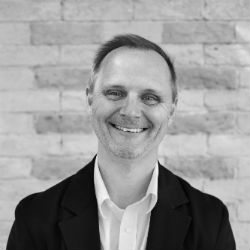 view bio
Greg is a Partner with Lake|Flato Architects in San Antonio, TX, where his projects have won national awards for architecture, sustainability, urban design, and learning environments. His family has two Model S’s, including a Founder’s series, and a Model X reservation. 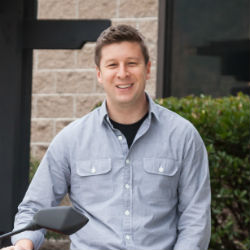 view bio
Brian is the Director of Product Development at Brammo, Inc., a leader in the development of electric motorcycles and drivetrains. He has been with the company for over 10 years and has an extensive background in new product development, engineering, project management, and product design. 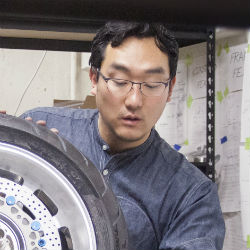 view bio
Dan Kim is the founder and CEO of Lit Motors, a startup electric vehicle company that’s creating the future of transportation. His foundation in vehicle design began at Reed College, where he studied physics. After stints as a Land Rover mechanic in Portland, Ore., and as an architecture student at the University of California at Berkeley, Kim completed his studies with a degree in Industrial Design and Sustainable Transportation from the Rhode Island School of Design. While studying at RISD, he also led several vehicle research teams at the Massachusetts Institute of Technology Media Lab.

Kim’s eight years of experience in vehicle architecture and prototype development have encompassed all forms of transportation, including biodiesel Land Rover Defenders, titanium bicycles, and electric scooters. Currently, he and his team at Lit Motors are busy developing the newest prototype of their flagship product, the C-1. This self-balancing, two-wheeled, electric vehicle combines the efficiency of a motorcycle with the safety and convenience of a car. 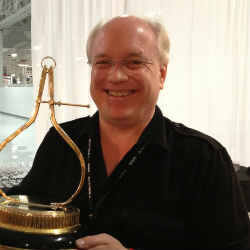 In 2010 Doug bought a Tesla Roadster, and rather unexpectedly became addicted to motorsports in short order. Starting out with autocross, he added racing school, lapping days at various tracks, and then started into racing with a “Gentlemen’s Series” at the local track, and ice racing in the winter. He and his teammates, known as “The Pit Stains”, drove a rusty 1998 Subaru to claim the series title in the MCO Ice Race series this year. He still owns the Roadster (and still takes it to autocross), but now has a Model S for a daily driver, and races a 2005 Corvette C6. 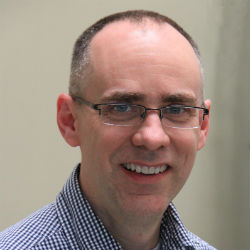 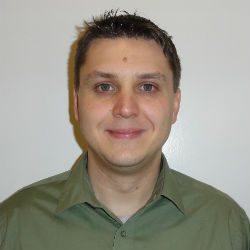 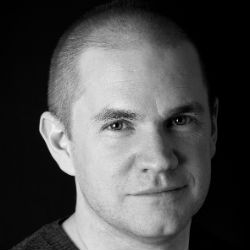 view bio
As a member of the Airport Commission, Matt serves in an advisory capacity to the City Council on issues relating to the Norman Y. Mineta San Jose International Airport. The goal of the Commission is in promoting and protecting air transportation balancing the needs of the flying public, surrounding property, and members of the community. Passionate EV advocate, and an early adopter of the Model S. (He has two electric vehicles in his household! Soon to be another Tesla!) Outside of his work life, Matt is a huge supporter of sustainable transport. 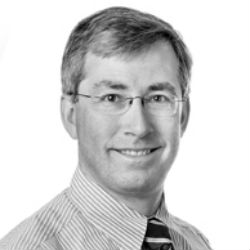 view bio
Robert Stoddard leads commercial development for GWave LLC, a company focused on developing a commercially sensible technology to harness the energy of ocean waves. His work is focused on building the strategic partnerships needed in global markets to ensure the long-term success of the company and rapid adoption of cost-effective marine renewable energy.

Prior to joining GWave, Robert led the energy practice of Charles River Associates, a leading economic and finance consultancy. With more than twenty years of experience, he assisted clients in defining, analyzing, and interpreting the economic issues involved with competition and product valuation in power and gas markets. His recent work focused on electricity industry restructuring and on strategic analyses and testimony for utilities, generation owners, and governments regarding the practical implications of market design and structure. He frequently testified at the Federal Energy Regulatory Commission as well as to the utility commissions and legislatures of several states on competitive market design and market power issues. He has also testified in civil litigation and arbitration on the interpretation of, and damages relating to, power and gas contracts. 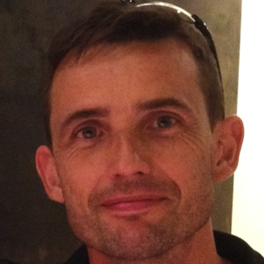 He worked at HP Labs from ’88 to ’92 on the GSM standard and pen computers, then at Telefonica R&D Labs from ’92 to ’98 on large systems performance and finally at Remedy Corp from ’98 to 2002 running the EMEA consulting team. He subsequently started several businesses, the latest of which was sold to a French multinational. 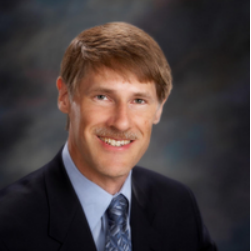 Bowers founded Fidelity Monitor in 1986. Back then, he drew on his personal interest in investing and his engineering background from 11 years of employment at Hewlett-Packard.

This year, TMC Connect will be held in Monterey, California, a true destination location. In addition to the TMC conference, and REFUEL, Monterey offers TMC Connect attendees and their friends opportunities to participate in iconic California experiences this summer. Take a drive in your EV down the scenic 17-Mile Drive, or play 18 holes at the legendary Pebble Beach golf course. From handcraft wineries to wind surfing, Monterey provides young families and old friends a multitude of ways to experience the summer.

TMC Connect is all about bringing EV and Tesla enthusiasts together to socialize in person. In our experience, some of the best socializing happens during the “off hours” of the conference. For the best experience, and the most opportunities to meet up with other attendees, we highly recommend staying at the event location itself. Our group rate of $199/night (limited availability remaining) offers very competitive pricing for the location, season, and high quality facilities. The Hyatt Regency, Monterey sports secluded spots for late night chats, and tennis courts for day time grudge matches. Foodies can grab a bite to eat at TusCA Ristorante, and buddies can grab a beer at Knuckles Sports Bar. After a long day of fun, relax in the sauna at the hotel’s on campus spa.  For those arriving in an electric vehicle, we will have coordinated EV charging on site (please bring all your adapters).