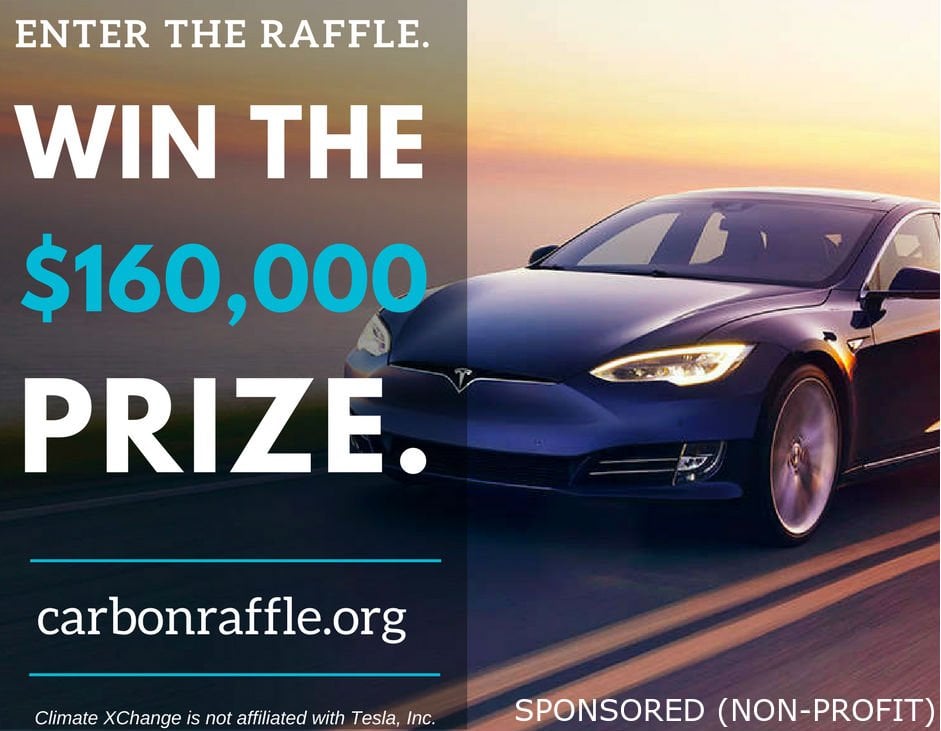 EDITOR’S NOTE:  This is a sponsored post from non-profit organization Climate XChange, an educational and research group dedicated to providing policymakers and advocates with cutting edge information on market-based solutions to climate change.

On the third floor of 200 year old Old West Church in Boston, Massachusetts, the five person staff of Climate XChange types away on their computers, occasionally climbing up to the bell tower to make phone calls. It’s a quirky workplace, but the small team enjoys the garden out front, and the close proximity to the State House suits them well.

Day in and day out, the group works alongside the Campaign for a Clean Energy Future to put a price on carbon pollution in Massachusetts. Carbon pricing is proven to be an effective tool for both combating climate change and stimulating the economy, and Climate XChange is determined to pass this legislation. This past month has been quite a busy one for them, after playing a key role in organizing 200 people to meet with 50 different legislators at the State House, and a week later helping bring more than 400 supporters to the hearing on carbon pricing legislation.

It’s a big lift for a small team, but the hard work is paying off. The campaign to put a price on carbon in Massachusetts now has unprecedented momentum, and Climate XChange is working to spread the policy to other states as well. Earlier this year, the group launched the State Carbon Pricing Network, which provides resources, research, and guidance to states across the country looking to start or build carbon pricing campaigns.

So why is this relevant to Tesla Motors Club? To fund this important climate change-fighting work, Climate XChange is pulling off perhaps their biggest project yet: raffling off a Tesla. The grand prize winner gets their choice of a built-to-order Model S or X. On top of the $120,000 vehicle, Climate XChange pays the $40,000 of federal income taxes so you don’t have to, bringing the grand prize to a whopping $160,000 value. Not bad, right?

And if you’re the lucky winner, you get the bonus prize of a 3 day stay at the beautiful Great Pines Resort in the Adirondacks. You can relax by the lake while you charge your new electric vehicle. Even if your name isn’t drawn at the fateful moment, you still have a chance at walking away with one of the other five prizes. Second and third place prizes are a Model 3 reservation plus a $10,000 and $5,000 check, respectively, and the remaining three winners receive a cash prize.

Tickets are just $250 apiece, but sales are closing soon. The winners will be drawn on July 4th at Old West Church in Boston. If you can’t make it, you can catch the livestream at 7:30pm EDT (details on the their website).

Regardless of who wins, ticket holders are helping push pivotal climate change legislation forward at a key moment in history. With federal climate protections unraveling, state action has never been more important, and carbon pricing is an effective policy that both sides of the aisle can agree on. To pitch in the fight, get your ticket at carbonraffle.org.

What other tech stock to consider? OK, here's a much longer investment thesis thingy. tl;dr: get off your butts and start researching other stocks in addition to Tesla. I've b... Post by: Cosmacelf, Thursday at 2:11 PM in forum: TSLA Investor Discussions

I tried "Launch Mode" for the first time today. I've had Tessie for 11 months. Never have I tried Launch Mode. I've done a lot of acceleration runs without it, but today was different. I p... Post by: MichaelP90DL, Tuesday at 11:12 PM in forum: Model S

Tesla sold me a Lemon and called me to buy-back -... 2/20 update: After a few back and forth emails and phone calls, Tesla is offering to replace it with a new inventory Model S with no additional money... Post by: jrc0yne, Thursday at 5:23 PM in forum: Model S: Ordering, Production, Delivery

Service center experience: trading my 3 in for a M... I’d be more concerned that I was on a first name basis with my mechanic and that he knew my family! Post by: schmluss, Thursday at 8:22 PM in forum: Model 3

Weird issue with door handles My car has a weird door handle issue that I haven’t found anywhere else in my search. I hope someone can shed light on this. My drivers side rear door ... Post by: abuzar1, Yesterday at 11:32 PM in forum: Model S

Want To Buy Tesla X 2016 w FUSC, 7 Seater Hello, I am in the market for a Tesla X w Free Unlimited Super Charging, 7 Seater. Contact me if you have one you want to sell. Post by: Dee S, Yesterday at 11:03 PM in forum: Model X

New Roadster owner Purchased 2011 Roadster Sport 2.5 and will probably arrive on or shortly after my birthday on the 25th of February. I'll take more pictures when ... Post by: jason.tv, Yesterday at 7:21 AM in forum: Roadster 2008-2012