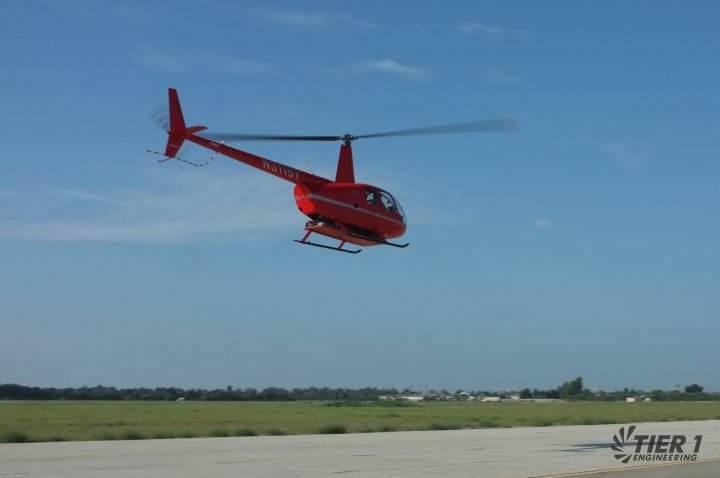 Martine Rothblatt Follows Through on Her Electric Helicopter Prediction

Elon Musk has always said that the goal for Tesla is to “accelerate the advent of sustainable transport.” As the company continues to build on that mission with its increasingly efficient electric vehicles and Tesla Energy products, we are beginning to see glimpses of how that goal has inspired others.

A great example of that inspiration in action is Martine Rothblatt’s efforts to build an electric helicopter. Rothblatt is a highly-accomplished entrepreneur, having co-founded Sirius XM before launching United Therapeutics. She also owns several Teslas and was a featured speaker at TMC Connect 2016.

On Monday, she shared the following with TMC: Last year I projected to TMC that I would create and fly electric helicopter inspired by my 9 years of Tesla cars. Mission accomplished: Since that TMC event in Reno we have flown and set altitude (800 ft), duration (30 min), speed (100 knots) and payload (2 pilots) records for electric helicopters aka E-VTOL. Thank you Tesla for the inspiration!!!

Rothblatt created the helicopter in partnership with her engineering company Tier 1 Engineering. The team began with an inexpensive helicopter and added batteries from electric motorcycle company Brammo and an electric motor. Rothblatt has said this version is a proof of concept, which will be improved with a battery system and motor designed specifically for a helicopter.

Another Rothblatt company, Lung Biotechnology, funded the project for less than $1 million. The aim for the project is to create electric helicopters to transport organs to hospital much more cleanly and quietly.

Below is a video from Septemeber of Rothblatt’s helicopter making its historic first flight just months after Connect 2016, a five-minute cruise to 400 feet altitude with a peak speed of 80 knots. Also embedded is an excerpt from her presentation at TMC Connect. You can see her full presentation from TMC Connect 2016 here.

Nearly brand new 90 kWh Ludicrous battery pack, v3... BigNickI’m guessing the 90 kWh pack is getting replaced with a 100 kWh pack, and Hank’s former 90 will find its way into someone else’s Tesla. P100D+... Post by: HankLloydRight, Yesterday at 2:48 PM in forum: Tesla Parts for Sale

All discussion of Nikola Motors View attachment 591475 Today's stock price decline was so steady that Nikola was seen towing their truck to the top of it. Post by: StapleGun, Yesterday at 1:40 PM in forum: TSLA Investor Discussions

Looking for New 21" Arachnid wheels for sale in bl ... Does anyone have a set of the arachnid wheels in black for sale? I am looking for a set. If not black I will take silver and powder coat them. By the ... Post by: Asad, 58 minutes ago in forum: Model S

Foot well lights question Just collected my new Model X LR I will post the story later on but quickly can someone inform me if the four well lights are meant to be on permanent ... Post by: ukevowner, Today at 1:10 PM in forum: Model X