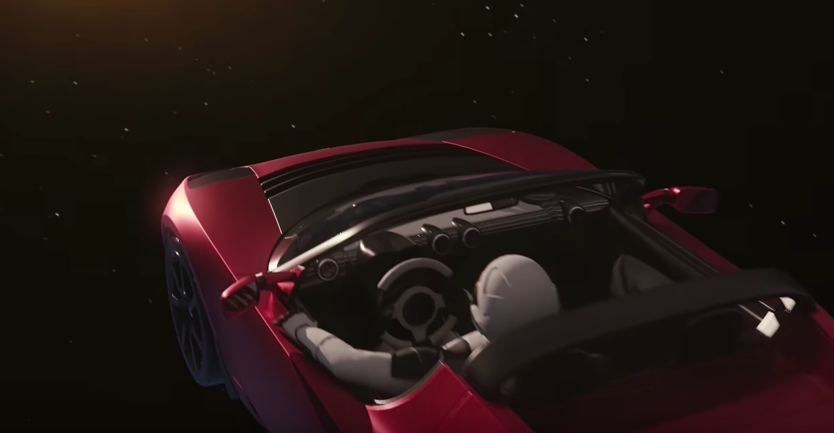 Ahead of Tuesday’s planned launch of the Falcon Heavy, SpaceX has released a simulation video of the mission.

The payload for the mission, Elon Musk’s Tesla Roadster, is shown floating through space with a space-suited mannequin at the wheel. It seems SpaceX actually place a mannequin in the seat. Musk shared pictures of “Starman” on Instagram.

Falcon Heavy is set to launch Tuesday at 1:30pm EST at Launch Complex (Pad) 39A in Cape Canaveral, Florida.

Below is SpaceX’s description of the mission and the animation.

When Falcon Heavy lifts off, it will be the most powerful operational rocket in the world by a factor of two. With the ability to lift into orbit nearly 64 metric tons (141,000 lb)—a mass greater than a 737 jetliner loaded with passengers, crew, luggage and fuel–Falcon Heavy can lift more than twice the payload of the next closest operational vehicle, the Delta IV Heavy, at one-third the cost.

Following liftoff, the two side boosters separate from the center core and return to landing sites for future reuse. The center core, traveling further and faster than the side boosters, also returns for reuse, but lands on a drone ship located in the Atlantic Ocean. 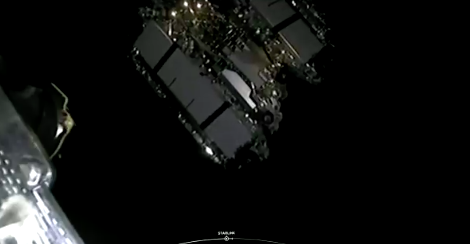 Green New Deal For all those who think we "can't afford the GND" just imagine what could happen if the government supported projects such as this acro... Post by: JRP3, Today at 7:05 AM in forum: Energy, Environment, and Policy

2020 Shipping Movements I've just been checking my logs and on 27 Nov I had a similar issue with this ship appearing to be stationary. I am going to assume that its a si... Post by: Mr Miserable, Today at 6:52 AM in forum: The UK and Ireland

Creaking Steering on Model 3 - 21k So I've had a few minor other front end noises/creaking but nothing quite like this. I hear the noise primarily when steering right at lower spee ... Post by: bobtuf, Today at 3:44 PM in forum: Model 3

Model X battery drain in park totally off First night having my Model X. Parked in garage and charged to 315 miles . Overnight I saw the available miles go from 315 to 302 . I have sentry mode ... Post by: Scobb, Today at 5:44 PM in forum: Model X

Tesla Semi competition This is what the Tesla Semi will be competing against in the Class 8 heavy-duty EV truck market. First there is Peterbilt 579EV and the Kenworth T680E ... Post by: TSemi, Today at 2:31 AM in forum: Semi
Menu