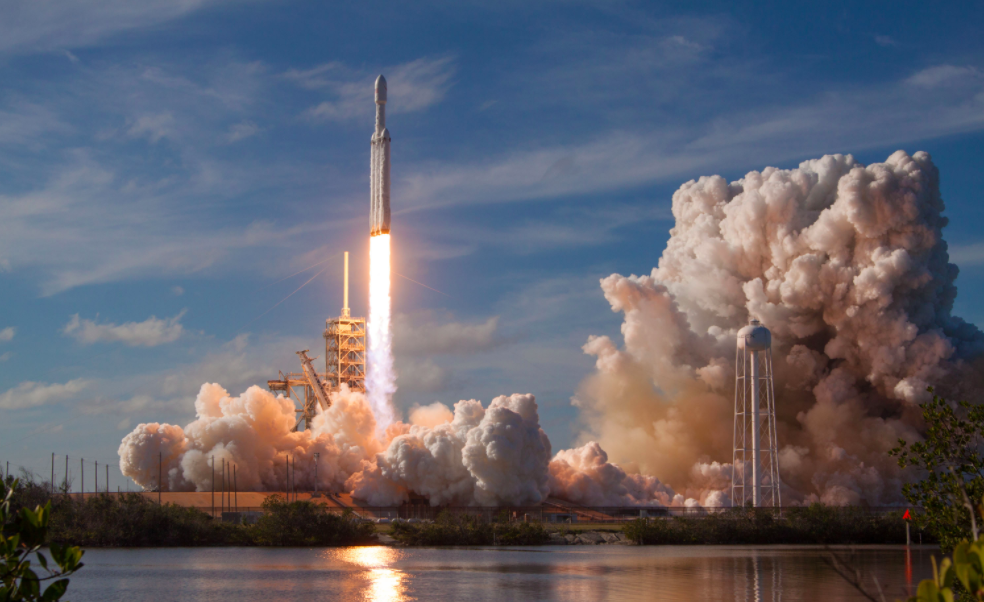 SpaceX received cheers around the world this week for the successful launch of Falcon Heavy, which is now the most powerful rocket in operation. In fact, TMC members from all over traveled to view the launch in person.

Now that Starman’s breathtakingly scenic livestream has ended, here’s roundup of some of the details that emerged around the mission.

Payload: The Roadster – SpaceX delighted the world with a livestream of Elon Musk’s Tesla Roadster traveling through space. Typical of a Tesla, acceleration was more rapid than expected. The Roadster was supposed to follow a path around the Sun that would place it near Mars’ orbit. However, the second stage burn overshot that trajectory and beyond an encounter with Mars. Musk previously said the car may reach the asteroid belt, but SpaceX later updated the projection to say the car will come short of that distance. As Space.com notes, “Starman and Musk’s Roadster are in an elliptical orbit around the sun. At their closest point to the sun, they will fly just inside the Earth’s orbit. At their farthest away, they’ll be 243 million miles (390 million kilometers) from the sun. For comparison, Earth’s average distance from the sun is about 93 million miles (150 million km). Mars orbits the sun at 142 million miles (228 million km).”

The livestream of Starman and the Roadster was the second largest in YouTube’s history, reaching more than 2.3 million concurrent views.

Track the Roadster as a Celestial Object – NASA’s Jet Propulsion Laboratory’s website allows users to track the Roadster’s position in space. Within the interface, click “change” next to the target body, type in “SpaceX,” hit enter, then click “Generate ephemeris.” The same system tracks all the other bodies in the Solar System.

But NASA also provides a disclaimer: “Prediction errors could increase significantly over time due to unmodeled solar presure [sic], thermal radiation, or outgassing accelerations that are not characterized.”

Middle Booster – The center core only fired one of the three engines necessary for landing and it missed the drone ship. The booster slammed into the water at 300 mph, showering the deck of the ship with shrapnel, according to Musk. SpaceX at least knows the source of the landing failure to address before the next launch.

The outer boosters, however, separated as expected about two and a half minutes after liftoff and returned to Earth, spectacularly touching down just seconds apart.

Arch Mission Foundation – SpaceX placed an “Arch” storage system containing Isaac Asimov’s Foundation book series inside the Roadster. An Arch is “5D optical storage in quartz” – small glass disks – capable of storing 360 terabytes of data, with an estimated lifespan of up to 13.8 billion years. The disks are expected to survive even in the harsh conditions of space. Asimov’s work was added to the payload in support of the Arch Mission Foundation. The foundation’s goal is to permanently archive human knowledge for thousands to billions of years. “We exist to preserve and disseminate humanity’s knowledge across time and space, for the benefit of future generations.”

Space Suit – The Starman mannequin was wearing an actual production SpaceX crew spacesuit. The sleek suit will be worn by SpaceX astronauts flying on Crew Dragon. And Starman wasn’t just being stylish. The suit was being tested in the correct conditions to meet qualification articles set by NASA in order to operate crewed launches.

Falcon Heavy is Capable – The rocket proved its power. “The great thing about Falcon heavy is that it opens up a new class of payload,” Musk said. “It could launch one more than twice as much payload as any other rocket in the world, so it’s up to customers what they might want to launch. But it can launch things direct to Pluto and beyond. No stop needed.”

Musk Wants to Inspire – Despite losing the center core and missing the payload target, the Falcon Heavy launch is considered a great success. Musk said he welcomes competitors, as it will help continue to push science and technology forward.

“I think it’s going to encourage other countries and companies to raise their sights and say hey we can do bigger and better, which is great,” he said. “We want a new space race. Races are exciting.”

Road trips: Where to find open bathrooms during co... Transfer complete. No issue except for once in R.I. (I think it was) where everything was closed up except for an auto glass replacement shop that let... Post by: Cape Coddess, Yesterday at 10:42 AM in forum: Cars and Transportation

Coronavirus It's funny how we all assume we aren't going to be the person to die if we open everything up and go back to normal. I am in NY. People at m... Post by: P3dStealth, Yesterday at 2:46 PM in forum: TSLA Investor Discussions

Coronavirus NorbertSo we are launching a national experiment to see if May/June temperatures will prevent an outbreak, without any evidence?Oh, is that the experi... Post by: dhanson865, Yesterday at 11:51 AM in forum: TSLA Investor Discussions

Service Fee for Possible Warranty Issues Driver door is creaking fairly loudly when opening and closing, so I scheduled a service visit to check it out. While I was scheduling I asked them to ... Post by: PUME04, 5 minutes ago in forum: Model 3

Cancelled Y Reservation for S. Any disadvantages o ... Hi all, I have been debating between a MS (long range) and MYP for quite some time and now that they dropped the price of the S I'm pretty sold. ... Post by: Tech Dane, 14 minutes ago in forum: Model S

Dashcam on X catches auto burglary. My alarm went off at work, and I hightailed down there. But instead of my shop, it was a truck that was being burglarized. As I was pulling in, it cau ... Post by: MXLRplus, 45 minutes ago in forum: Model X

What have you done to your Roadster today (or late ... Well, other forums have it, and I think that now that our vehicles are classics and require modifications and upkeep, we should have this type of thre ... Post by: TOBASH, Yesterday at 8:11 AM in forum: Roadster 2008-2012