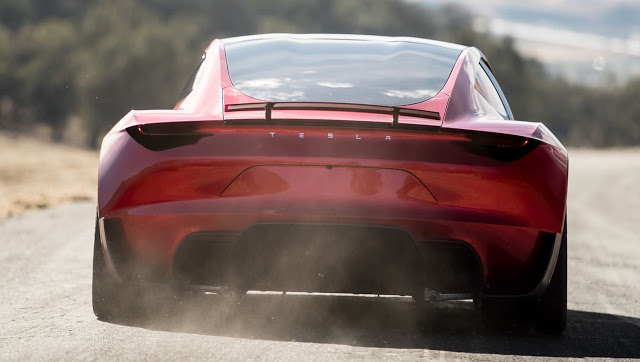 If you read traditional auto press, you’ll frequently see stories along the lines of “big automakers are going to start making EVs in a couple years and when they do, Tesla is doomed.”

Traditional automakers have the resources, factories, and engineers to design electric cars and they are very good at manufacturing, so, on the surface, this “Tesla’s doomed” statement seems logical, but it is completely wrong. I’ll explain why.

For the legacy automakers, there is a phrase that applies: Culture Eats Strategy!

For over a decade now, many automakers have been announcing EVs “coming soon.” Like tomorrow in Annie, it is always a day away, or in this case three to four years away. As I write this in February 2018, you can find multiple press releases for EVs coming in 2021.

Toyota has announced plans for EVs multiple times that have resulted in half-hearted, low-volume offerings at best. If they really jumped into EVs with both feet, they could be a significant threat to Tesla’s future. But they can’t turn the ship. Toyota’s revenue sources are gas and hybrid cars and trucks. And Toyota has years of R&D sunk into fuel cells. They have a culture of designing, manufacturing, and selling these gas and hybrid cars. They have been very successful doing this. Success detours change.

If you are in a failing company, it is obvious that you need to pivot. If you’re on a path to failure, nearly any alternative looks like a better option. If, however, you are on top and things are going well, it is far more difficult to see the need to change course. The Kodak view of ignoring upstarts is far more common when things are going well. Find a few flaws with the current generation of competitive technology and you can erroneously use them to dismiss the entire category present and future.

The world has changed. Millennials will not live or drive like boomers. Emission standards are higher than ever. Many cities will have emission-free zones and many countries have announced plans to become fossil fuel free. Strategies that were successful in the last five or more decades are not likely to be successful in the next decade.

Toyota is just one example but this could apply to most legacy automakers. If they cannot adapt to the sea change that is happening, the market will pass them by. Their past success is their biggest hurdle to taking the company in a new strategic direction.

Success can blind a company to the need to change for market factors that will impact the bottom line in the long run.

A senior executive can say, “We’re making EVs and they will be out in three years!,” but if no one in the company believes in the vision because they have built their careers on hybrid technologies or optimizing combustion engines, then there will be little or no progress on the announced strategic direction. Culture Eats Strategy.

You might argue that this applies to Toyota or Honda, but what about companies like GM and Nissan that have put EVs on the market in a big way?

GM has the Volt and the Bolt EV on the market. Both are great plug-in cars. In the race to an affordable long-range EV, the Bolt even beat the Model 3 to market by a year. Yet 400,000 stood in line to wait for the Model 3 and GM sold about 23,000 Bolts in 2017. GM has the capability to produce hundreds of thousands of cars. Why don’t they have people standing in long lines for their EV? GM is not a pure play. Their dealerships often divert people to other cars when they come in and ask about a Volt or Bolt. They cannot market the environmental benefits of their plug-in cars without making every other car that they sell look bad. And finally, GM has refused to invest in EV infrastructure. They are car makers, not a fueling company. They participate in the standard, but infrastructure deployment is someone else’s problem. Culture Eats Strategy.

If you want to launch an entirely new way to drive, you have to consider the entire user experience. That might mean doing some things that are different than what you’ve done in the past. Despite their resources and the fact they are selling EVs, they have been unable to adapt. They don’t have a culture of providing fueling solutions, so it is not even on the table for these new vehicles.

Fiat’s CEO has time and time again said that no one wants to buy an EV and that they lose money on every car that the California zero-emission mandate requires them to sell. They are making only a de minimis effort. Rather, they should have taken this “requirement” and turned it into an opportunity. Fiat owns the Ferrari and Alpha Romeo brands. If they would have made a high-performance, long-range sport or luxury (or both) EV, it could have commanded a high enough price to offset the battery cost. It might have been a car that excited people. Instead, they made an EV version of the tiny Fiat 500 and only sold it in ZEV states. This is known as a “compliance car.” Here culture actively fought against a new strategy.

Talking about Tesla, former Ford’s CEO Mark Fields said, “We have driven the Model S, torn it down, put it back together, and driven it again. We’re very familiar with that product.” Yet Ford does not make anything like the Tesla Model S. The Model S was Car of the Year in 2013. That’s five years ago. Where is the proof that Ford learned anything from the disassembled Tesla? Where are the over-the-air updates? Where are the big touchscreens? Where are the long-range electric cars? Where are the coast-to-coast charging networks?

BMW, Ford, Mercedes, and Volkswagen have all reverse-engineered Tesla’s vehicles. They know the technology. Tesla’s patents are open source, there is nothing that these legacy automakers could not produce. Yet they don’t. It is not in their culture to take risks. For the legacy automakers, what’s past is prologue.

So when I hear statements like, “Tesla is doomed as soon as <insert legacy automaker> gets serious about EVs,” I know that they will not “get serious” about EVs while they are still making money on the gas cars that they are currently selling. Only after they are no longer profitable with combustion engines will they have the epiphany that they need to “get serious”. While they dwell on the status quo and attempt to delay the arrival of the future, Tesla continues to position themselves for that future.

How to Make Your Tesla a Cleaner, Safer Place

Free Access to Tesla Toolbox Green posted this less than an hour ago. You can get service portal access approved by going through service.tesla.cn. You can then use that credentia ... Post by: Red_DS, 46 minutes ago in forum: Model S

Front Subframe Skid Plate Hoping someone can help me out on this one. I have been having a persistent issue with my X where I hear a clicking sound both in the car (localized i ... Post by: Nuts4MS, 55 minutes ago in forum: Model X