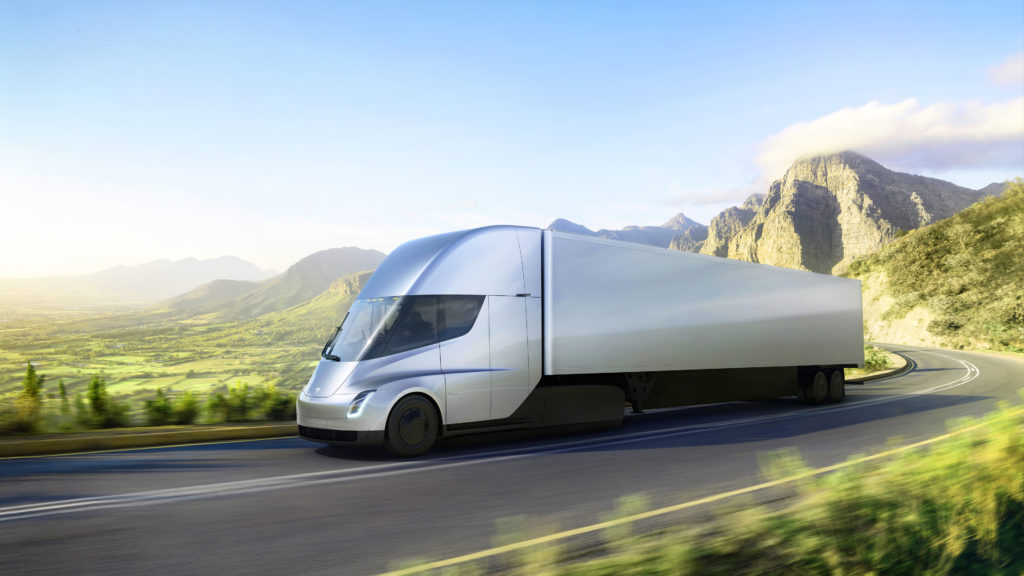 The specs Tesla announced for its upcoming Semi outpaced the industry standard to such a degree that it raised eyebrows. Daimler AG’s head of trucks has even gone so far as to question the legitimacy of Tesla’s claims.

“If Tesla really delivers on this promise, we’ll obviously buy two trucks – one to take apart and one to test because if that happens, something has passed us by,” Martin Daum said at an industry event this week, according to Bloomberg. “But for now, the same laws of physics apply.”

Now, in the face of naysayers, Elon Musk is saying the Semi will do better than the first specs announced.

“Am feeling optimistic about beating the Semi specs announced at the unveiling for the same price,” he said Friday in a tweet. “The Tesla Semi will be something really special.”

The Tesla Semi is slated to go into production next year.

Superchargers Visited BM3BAlways a smart decision to finish the day at Beaver Though it gave me hell last year, 20 kW max translated into a 2 hour stop. Fortunately the res... Post by: Big Earl, Yesterday at 8:03 AM in forum: Supercharging & Charging Infrastructure

Near-future quarterly financial projections troymForgive me for my ignorance, but could you explain how producing 82k/vehicles Q2 vs 102k/vehicles Q1 affect COGs, if at all? I assume higher volu... Post by: Doggydogworld, Thursday at 10:33 PM in forum: TSLA Investor Discussions

Old guy driving I am a old guy as well...but I feel much younger when driving my Tesla Post by: Uncle Paul, Yesterday at 9:26 AM in forum: Model Y

I get it now..... Just drove my brand new red MY LR dual motor from San Francisco to wine country, through Marin county. It is an absolute blast to drive, hit 110 mph w... Post by: leodoggie, Thursday at 4:37 PM in forum: Model Y: Ordering, Production, Delivery

Model 3 doesnt sleep with new firmware setting tha ... anyone else having this problem? Ever since the new firmware update which allows you to "exclude home" when using the walk-away lock feature ... Post by: rtshefe, 21 minutes ago in forum: Model 3

2020.24.6.4 Missing rear camera on Sentry recordin ... I have an Aug 2017 MS. I did the Infotainment upgrade and FSD last month and now have Sentry recordings and TeslaCam. Prior to getting the most recent ... Post by: sevenout, Today at 1:24 AM in forum: Model S

Model x: Self Parking My self parking has yet to come on. I did all the steps. I have had my vehicle for 7 days now. Anybody else experienced this? Post by: Turbo X, 19 minutes ago in forum: Model X

Stuck at 12-15A ... how to reset max charge curren ... I tried searching but had no great luck. Anyone debugged this issue? This week I rented a place, and the owner generously shared his Roadster wall Cha ... Post by: Story, Yesterday at 1:27 PM in forum: Roadster 2008-2012