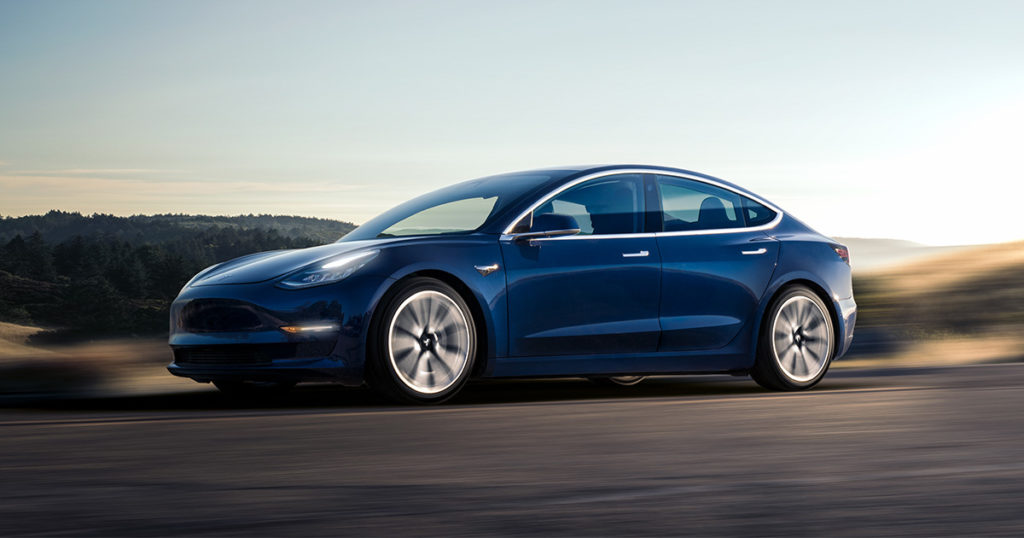 First quarter revenue included $2.74 billion from the automotive divsion and $410 million from Tesla Energy products. While revenue from cars increased 19.4% over the same period last year, the energy and battery storage division jumped a meaningful 91.6%. Total revenue was up 26.4% year-on-year.

Still, Tesla’s net loss widened to $784.6 million, more than the $770.8 million loss last quarter and up significantly from the $397 million it lost in the same period last year.

“If we execute according to our plans, we will at least achieve positive net income excluding non-cash stock based compensation in Q3 and Q4 and we expect to also achieve full GAAP profitability in each of these quarters,” Tesla said in its letter to shareholders. “This is primarily based on our ability to reach Model 3 production volume of 5,000 units per week and to grow Model 3 gross margin from slightly negative in Q1 2018 to close to breakeven in Q2 and then to highly positive in Q3 and Q4. Ultimately, the growth of Model 3 and the profit associated with it will help us accelerate the transition to sustainable energy even faster.”

Superchargers Visited BM3BAlways a smart decision to finish the day at Beaver Though it gave me hell last year, 20 kW max translated into a 2 hour stop. Fortunately the res... Post by: Big Earl, Yesterday at 8:03 AM in forum: Supercharging & Charging Infrastructure

Near-future quarterly financial projections troymForgive me for my ignorance, but could you explain how producing 82k/vehicles Q2 vs 102k/vehicles Q1 affect COGs, if at all? I assume higher volu... Post by: Doggydogworld, Thursday at 10:33 PM in forum: TSLA Investor Discussions

Old guy driving I am a old guy as well...but I feel much younger when driving my Tesla Post by: Uncle Paul, Yesterday at 9:26 AM in forum: Model Y

I get it now..... Just drove my brand new red MY LR dual motor from San Francisco to wine country, through Marin county. It is an absolute blast to drive, hit 110 mph w... Post by: leodoggie, Thursday at 4:37 PM in forum: Model Y: Ordering, Production, Delivery

Coronavirus NikolaACDCQuoting myself...case in point: 'We don't live in a communist country!': battle over masks rages in Texas "...Laurie Smi... Post by: blckdmp, Yesterday at 9:51 AM in forum: TSLA Investor Discussions

Dim puddle lights I have LED logo puddle lights. Sometimes they are quite dim on any door. Other times bright. Any explanation? I have an Ohmmu battery only 6 months ol ... Post by: Flybyglass, 26 minutes ago in forum: Model 3

2020.24.6.4 Missing rear camera on Sentry recordin ... I have an Aug 2017 MS. I did the Infotainment upgrade and FSD last month and now have Sentry recordings and TeslaCam. Prior to getting the most recent ... Post by: sevenout, Today at 1:24 AM in forum: Model S

Model x: Self Parking My self parking has yet to come on. I did all the steps. I have had my vehicle for 7 days now. Anybody else experienced this? Post by: Turbo X, Today at 4:02 AM in forum: Model X

Stuck at 12-15A ... how to reset max charge curren ... I tried searching but had no great luck. Anyone debugged this issue? This week I rented a place, and the owner generously shared his Roadster wall Cha ... Post by: Story, Yesterday at 1:27 PM in forum: Roadster 2008-2012