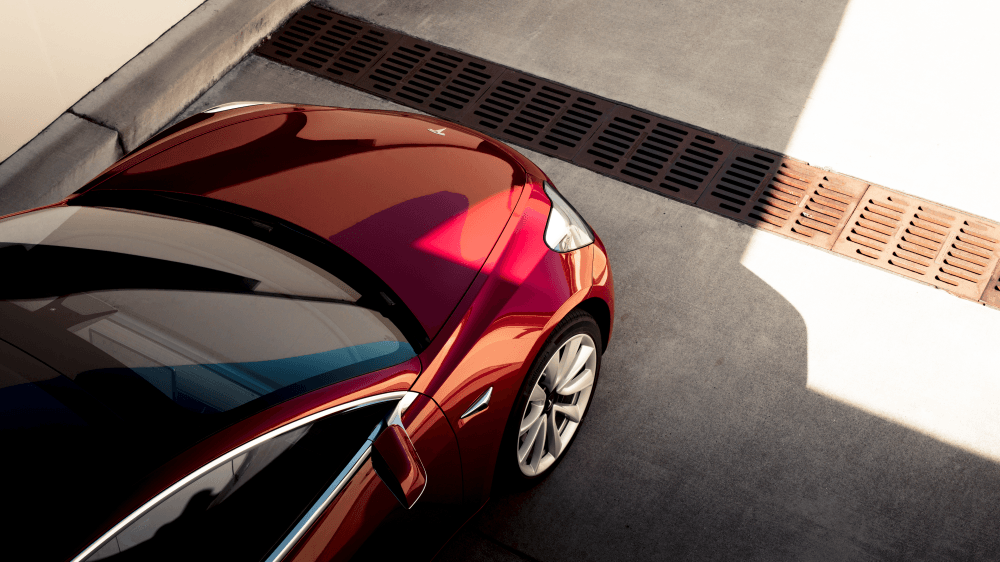 The Insurance Institute for Highway Safety has started releasing results of its Model 3 tests, awarding a “superior” rating for front crash prevention.

IIHS evaluates the stopping capabilities of vehicles equipped with autobrake in two tests at 12 and 25 mph on the Vehicle Research Center test track. In each, an engineer drives the vehicle straight toward a stationary target designed to simulate the back of a car. Since running into an actual car puts the test driver at risk and is expensive, IIHS uses an inflatable target as a stand-in. Under the vinyl cover, inflatable tubes and foam sit on a metal frame, which is then affixed to metal guides on the track to keep the target from moving until it is struck by the test vehicle. A GPS system and other sensors monitor the test vehicle’s lane position, speed, time to collision, braking and other data. An onboard camera captures each test run from the driver’s perspective and monitors any warnings issued by the front crash prevention systems.

The Model 3 avoided a crash at 12 mph and 25 mph to pass both the low-speed and high-speed autobrake test. The Model S and Model X previously achieved the same rating.

IIHS engineers also measure the reach of a vehicle’s headlights as the vehicle travels straight and on curves. Sensors on the track measure how far from the vehicle the light extends with an intensity of at least 5 lux. A lux is a unit of illuminance, or the amount of light falling on a surface. For comparison, a full moon on a cloudless night illuminates the ground below to about 1 lux.

IIHS awarded an “acceptable” rating for the Model 3’s headlights.

When testing the low beams on a straightaway, the organization said visibility was good on the left side of the road and inadequate on the right side. On curves, visibility was fair in all 4 tests.

With high beams on a straightaway, visibility was good on the right side of the road and fair on the left side. On curves, visibility was good on the gradual right curve and fair on the sharp right and both left curves. IIHS noted that “high-beam assist compensates for some limitations of this vehicle’s low beams on the straightaway and all 4 curves.”

Musk Memo Says Tesla in Process of a ‘Thorough Reorganization’

GlobalFoundries Says AMD Has Not Partnered With Tesla on AI Chip

Took Deliver Today Ordered MY LR on 2/8/21 and took delivery today. Seemless delivery process with zero quality issues that others have reported. I have the new console... Post by: jeffnin, Wednesday at 8:35 PM in forum: Model Y

2021 Model 3 Vibrating in park Noticed today that while in park, my car would occasionally vibrate. It felt how a subwoofer feels and was coming from towards the rear of the vehicle ... Post by: Protect1989, Today at 1:23 PM in forum: Model 3

Used pickup marina del ray Picking up my used model s at marina del ray. any experience with this. Things to do/not do with the whole process? Post by: Tobeyslame, Today at 7:39 AM in forum: Model S

Model X iPad holder. Searching everywhere for a wet to mount an iPad to the front seat for my son in the back. Can’t find anything and I’m a little surprised. Maybe I shou ... Post by: ryancrase, Yesterday at 5:59 PM in forum: Model X

Tons 'o' errors During the pandemic I haven't had much use for driving the Roadster, so it's mostly been sitting in the garage. Back in August it started ha ... Post by: bolosky, Tuesday at 12:52 PM in forum: Roadster 2008-2012