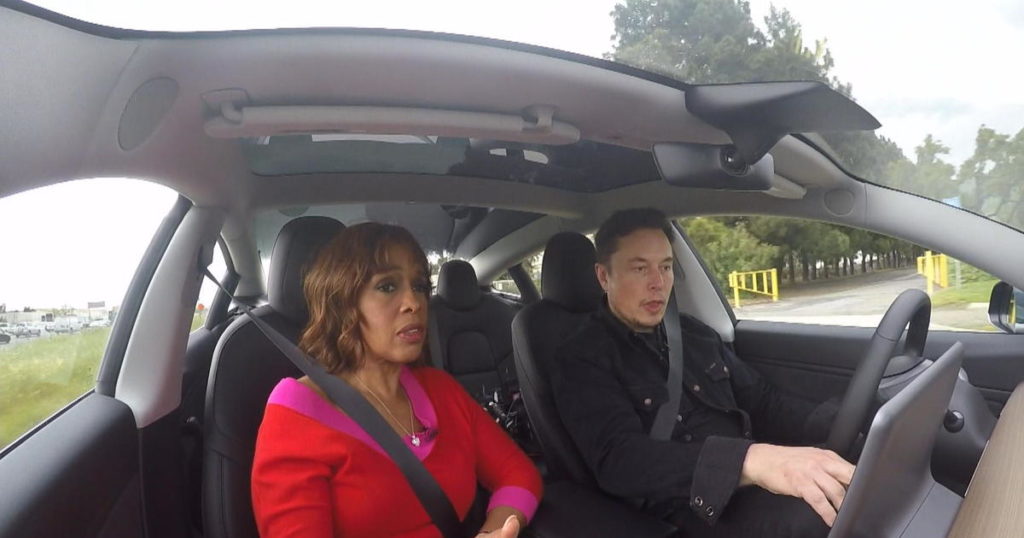 Autopilot Alerts to ‘Hold Steering Wheel’ Will Be Updated After Complaints

Among the features in Tesla’s latest Autopilot update is a “nag” to make sure drivers keep their hands on the steering wheel. It has not been well received.

Autopilot is giving owners an alert every 20-30 seconds to “Hold Steering Wheel” when it doesn’t detect their hands. Many users say the alarms still sound when their hands are on the wheel.

Here are a few nags on the nag from TMC members:

If you have to hold the wheel, and also apply light steering torque pressure, then the utility of this $5000 feature is way less than what it used to be (and also what it was perceived to be). Pay attention yes, tug the steering wheel in an unnatural fashion every 10-12 seconds is no. How many people will pay for cruise control if you have exert light pressure on the brake every 10-12 seconds for it to keep on working? – Snowstorm

The whole thing is ridiculous. I can hold the wheel and close my eyes, and be horribly unsafe yet pass the “test”. I can watch the road closely without holding the wheel and be very safe, except I’ll miss the visual-only nags because I’m too busy watching the road. – kirkbauer

What exactly is the purpose of the current version of Autosteer? If enough owners are transferring their attention to the steering wheel every 20 seconds or so how does that help them attend to the road ahead? If it annoys enough owners enough so much that they reduce their usage of AP then how does that help reduce the accident rate if the stats show that the previous iteration of AP lowered the crash rate in comparison to non-AP cars? – doctorwho

Tesla implemented the nags following several accidents where driver’s were seemingly not paying close enough attention to the road while Autopilot was engaged.

Tesla seemed to take notice of the complaints and plans to change the alert to suggest applying upward or downward force to the steering wheel, rather than just “hold the wheel.” Chief Executive Elon Musk addressed the plan when a Twitter user said the update was a pain that required a “white knuckle death grip” of the steering wheel.

Will be adjusting screen alert to clarify that we mean “slight up or downward force on the wheel”, not really “hold the wheel”

Still, some TMC members and Musk have pointed out the challenge in not annoying users with alerts to the point that they stop using Autopilot, which Tesla touts as being safer than a human making all of the driving decisions.

Sigh. This is crux of matter: can’t make system too annoying or people won’t use it, negatively affecting safety, but also can’t allow people to get too complacent or safety again suffers. Latest update should have a positive effect on latter issue especially.

Musk addressed that challenge in a tweet, saying that the company “can’t allow people to get too complacent.”

Is this the new charging rate? ddawsonI'm new to EV cars. My first two uses of the SuperChargers is super slow. Normal?Was there someone plugged into the paired charger? Post by: ewoodrick, Dec 5, 2019 in forum: Model S: Battery & Charging

Supercharger - Cheektowaga, NY Credit goes to @HAL8950 for finding intel on a new Supercharger under construction in Buffalo. The Supercharger is located behind the Panera Bread at... Post by: MarcoRP, Yesterday at 7:05 PM in forum: Mid-Atlantic

Preheating Noise Changed Ever since the last software update my preheating sound has changed (turning on climate control while battery is cold). Not sure if that is just a coi ... Post by: fomite, 8 minutes ago in forum: Model 3

Quick Guide for 12v accessible I made a quick video how to have easy 12v battery access for whose installed the refresh front bumper and just incase the 12v battery die on you, no n ... Post by: Nick70d, Today at 5:04 PM in forum: Model S

App shows doors open when they are closed The iPhone app for my model X shows the front trunk and the driver door are both open. I have repeatedly opened and firmly closed both doors, and when ... Post by: crootloops, Today at 4:32 PM in forum: Model X