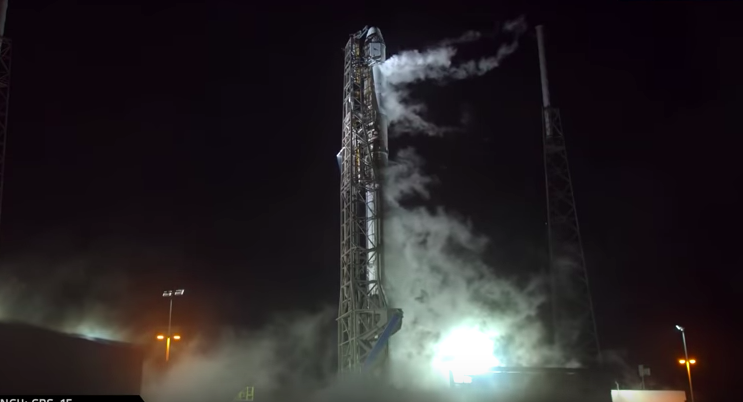 It was the second mission for both the Dragon capsule and the Falcon 9 rocket’s first stage. The capsule was used in July 2016 for a delivery to ISS, while the booster was used this past April to deploy a satellite for NASA. SpaceX’s turnaround on using the booster again was just ten weeks, fastest ever for the company. SpaceX did not retrieve the booster for another flight, as it’s phasing out the model for new technology.

The 6,000 pounds of cargo hauled for the mission included a robot with artificial intelligence bound for space, genetically identical mice, and coffee for the crew of ISS. The shipment is expected to reach the station by Monday.

The rocket was launched early Friday morning from Cape Canaveral Air Force Station. Check out the launch video below.

Tesla and SpaceX Board Member Jurvetson Suspended After Harassment Allegations

Near-future quarterly financial projections @FrankSG Thanks for sharing your Q2 Estimate. Here is mine. It's still a work in progress; I'll be updating it until the end of Q2 as more d... Post by: The Accountant, Yesterday at 1:26 PM in forum: TSLA Investor Discussions

Coronavirus for every person who is angry about loss of income due to lockdowns, why don't you place your anger where it belongs: on your leaders, who should... Post by: linux-works, Yesterday at 4:33 PM in forum: TSLA Investor Discussions

approaching 50k miles, should I extend the factory ... Moderator note: This post plus the one immediately following were merged from another thread. In 15 months of ownership we've put nearly 25k mile ... Post by: 20TM3, Today at 10:46 AM in forum: Model S

Testing Ludicrous+ Mode in San Diego I just bought an MX Performance and would like to try out a few launches with the Ludicrous+. Does anyone know a good place around San Diego to do a f ... Post by: lawstud11, 59 minutes ago in forum: Model X

Rear Light mod / spare available Does anyone have an extra spare tail lights handy? They can be a damaged doesn't matter (Just need one of them); My Headlight guy is ready to sta ... Post by: jason.tv, Today at 8:18 AM in forum: Roadster 2008-2012