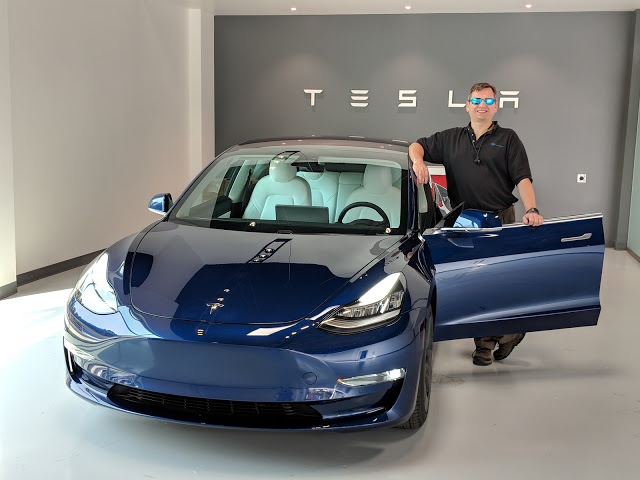 TMC member Patrick Connor (patrick0101) has been driving EVs since 2007, but has always kept a gas car as a backup.

Living in Portland, Ore., Patrick wanted an EV that he could take camping and skiing. In 2016, he found just the car he needed – allowing him to ditch the gas car and still hit the back roads – in the Tesla Model X. With the Model X, Patrick is able to pull a camper, tackle long range drives, and found a charging infrastructure that allowed his family to drive around the U.S.

“Tesla makes the only cars that met our requirements; nothing else even comes close,” he said.

In the summer of 2017, Patrick took a month off work and drove his Tesla on a family vacation to the “Seven Wonders of Oregon.”

“This was a great vacation,” he said. “We used Superchargers around the state and stayed in hotels with destination charging. We saw The Painted Hills, Crater Lake, The Oregon Caves, Thor’s Well, and even drove our Model X through a wildlife safari.”

In the near future, Patrick would like to see Tesla build in a voice AI agent that eliminates the need to “tap the screen for many of the current features that can take your eyes off the road.” And, in the distant future, “I imagine a descendant zipping from one hab to another in a hyperloop on Mars,” he said.

Patrick maintains a blog called Cars With Cords and frequently shares posts on TMC. We expect he’ll have plenty to talk about, considering his garage gained a blue, dual-motor Model 3 in August.

Ceramic and PPF. What’s the Deal?