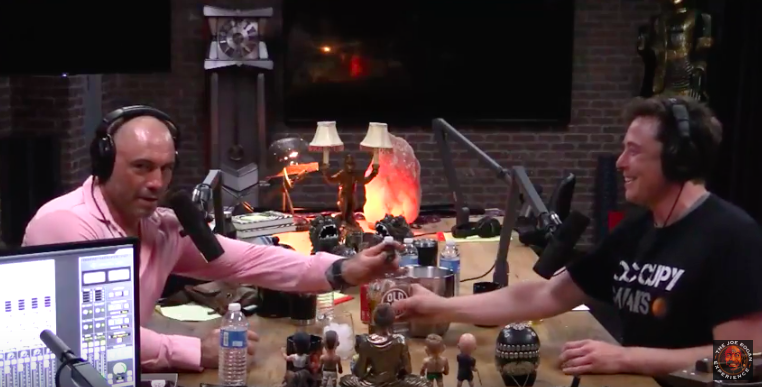 Elon Musk appeared on the Joe Rogan podcast for a conversation of more than two and a half hours. Musk sipped whiskey and smoked marijuana as he discussed topics that included AI, the Boring Company’s tunnels, the slow nature of alternative energy adoption, and testing the Tesla on an ice lake in Sweden.

In describing the intentions of the Tesla, Musk said, “It’s not exactly a car. It’s a thing to maximize enjoyment. To maximize fun.”

Check out the full video below.