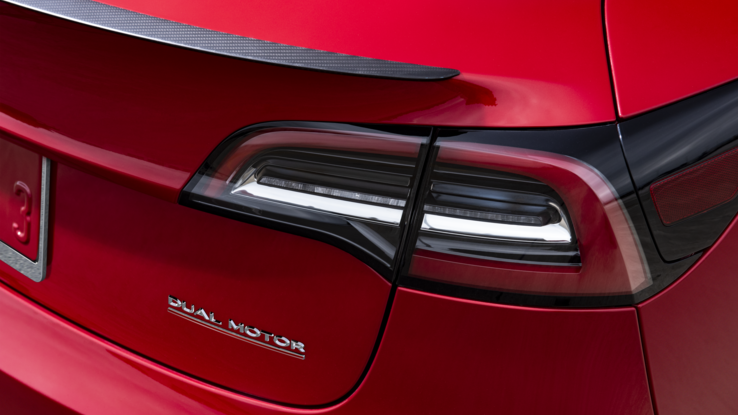 “With production stabilized, delivery and outbound vehicle logistics were our main challenges” during the third quarter, the company said in a statement. “We made many improvements to these processes throughout the quarter, and plan to make further improvements in [the fourth quarter] so that we can scale successfully.”

Production output was 50% more than the company’s prior all-time high.

In the last week of the quarter, Tesla produced more than 5,300 Model 3 vehicles, almost all of which were dual motor, meaning that they achieved a production rate of more than 10,000 drive units per week.

“We want to thank the entire Tesla team for executing so well during this challenging ramp up in deliveries,” the company said in a statement. “We also want to thank all of our customers who volunteered to help us with deliveries, and our new customers who are showing their faith in Tesla by purchasing our products in such large numbers. It was beyond inspiring to see the contributions made by the whole Tesla community.”

Musk Says Access to V9 Software is Weeks Away

Coronavirus Here is a summary of NewYork-Presbyterian Hospital's update from yesterday: Javits center is open for caring for med surge patients Comfort Navy... Post by: mikevbf, Yesterday at 5:41 AM in forum: TSLA Investor Discussions

Papafox's Daily TSLA Trading Charts Not to be rude, but posts unrelated to Papafox's daily trading posts are usually done in the other threads such as the roundtable. If there is a... Post by: BLSmith2112, Yesterday at 9:15 AM in forum: TSLA Investor Discussions

Coronavirus Keeping this thread alive Have some of the rest of you noticed the significant lack of "like," "love," "helpful," and... Post by: Papafox, Monday at 9:14 PM in forum: TSLA Investor Discussions

Autopilot drove me off the road, the day after I g... I was driving down a main town road in my SR model 3 that I bought literally the day before, and where the road split autopilot couldn't decide w... Post by: adrientheman, Yesterday at 10:59 AM in forum: Model 3

Software update I've never had an easy software update. The 1st thing I do when the icon pops up is delete my Wifi network in the car then reconnect. This was su ... Post by: Pasralph1, Yesterday at 10:28 PM in forum: Model 3

V10 software So today I got a text as well as 3 phone calls from Tesla. They scheduled me to coming into the showroom in May to see v10 software. Has anyone else g ... Post by: Nailguytv, Yesterday at 5:47 PM in forum: Model S

Car locked itself (with key inside) So I had this eerie feeling the car was locking itself and opening the door by itself while sitting in our garage. I finally caught it happening today ... Post by: SUP THO, Yesterday at 1:52 PM in forum: Model X

2020 Roadster- Apocalypse Style This Menacing Tesla Roadster Was Modified to Survive an Apocalypse Post by: Nded, Yesterday at 11:04 PM in forum: Roadster 2020+