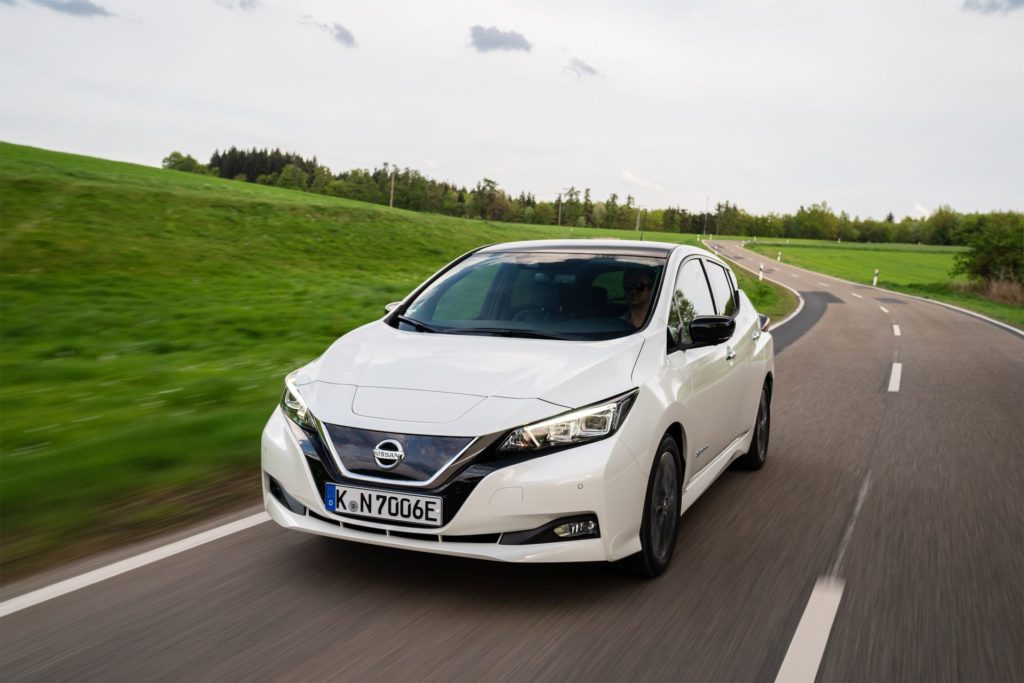 Just 12 percent will go for diesel power, thanks to media coverage of how dirty it really is and government policy.

More than one-fifth of UK car buyers say they will switch to a hybrid or electric vehicle when they come to replace their car, according to new research.

A study of more than 20,000 people by AA Cars found that 22 percent said they would dump petrol or diesel for lower-emission alternative fuels, despite the fact that just two percent of motorists currently run a hybrid or electric vehicle (EV).

The used car website also found that searches for second-hand hybrids and EVs are up 470 percent since 2014.

However, the company says the sudden shift in consumer attitudes may be partly down to the uncertainty surrounding diesel.

Fewer than one in eight respondents (12 percent) said they would choose diesel power for their next car, with 56 percent saying government policy has put them off the fuel. Negative media coverage of diesel was also seen as a deterrent by almost six in 10 (58 percent) of those surveyed.

Unsurprisingly, a massive 92 percent of diesel drivers said they wanted more clarity from the government regarding diesel vehicle policy – a need AA Cars said was “further cemented” by the fact that 24 percent of respondents “mistakenly” believe modern diesel engines are as harmful to the environment as older ones.

James Fairclough, CEO of AA Cars said: “The appetite for electric and hybrid vehicles has increased significantly over the last few years, which is in no small part due to big technological leaps forward in the space.

“These advances mean vehicles can travel further on a single charge, charge points are an increasingly common sight across the country and manufacturers are designing more attractive models all the time. These are all contributing to the warming public opinion of environmentally friendly cars.

“The government has been keeping an eye on this increasing take-up and is now withdrawing grants for plug-in hybrids and reducing existing grants for pure electric vehicles. The implication is that mounting enthusiasm for non-traditionally fuelled cars won’t be dampened by removing financial incentives from the government.

“Drivers are clearly crying out for a sense of clarity on diesel cars. A fair voice would help to demonstrate that modern diesels can be clean and fuel-efficient but also bolster the place of green vehicles in the car industry – this isn’t a zero-sum game.

“The pervasive feeling of uncertainty around the role of diesels is distorting and confusing the market for buyers and sellers.”

How Many American Consumers Will Give Up Their Cars?

TSLA Technical Analysis Technical analysis and news on Tesla stock for week ending 03/06/2021. Tesla continues to tumble touching $539 at its lows. However it did break back... Post by: rexmakesbeats, Yesterday at 1:44 PM in forum: TSLA Investor Discussions

Applying options strategy 'the wheel' to TSLA Oil4AsphaultOnlySo far, my put options are ~$100/shr underwater (potentially being more underwater next week) and I've only made ~$1300 for 3 wee... Post by: adiggs, Yesterday at 9:39 AM in forum: TSLA Investor Discussions

Going down for maintenance this weekend Hi folks, Starting around 9pm EST tonight we're going to start working on some much needed upgrades and maintenance. During that time the site wi... Post by: doug, Yesterday at 12:08 PM in forum: Site Feedback

FSD Beta Videos (and questions for FSD Beta driver... run-the-joulesIsn't this the same dbag who is like "ZOMG FSD IS SUCH A LIFE HACK, CAN I SIP YOUR CROTCH SWEAT, ELON?" on twitterWell at... Post by: Mardak, Yesterday at 11:40 AM in forum: Autopilot & Autonomous/FSD

Voice command fail for phone call/message I am having trouble using voice commands to initiate phone calls and messages. It transcribes perfectly what I am saying, but then after a few moments ... Post by: Bigriver, Yesterday at 3:01 PM in forum: Model X