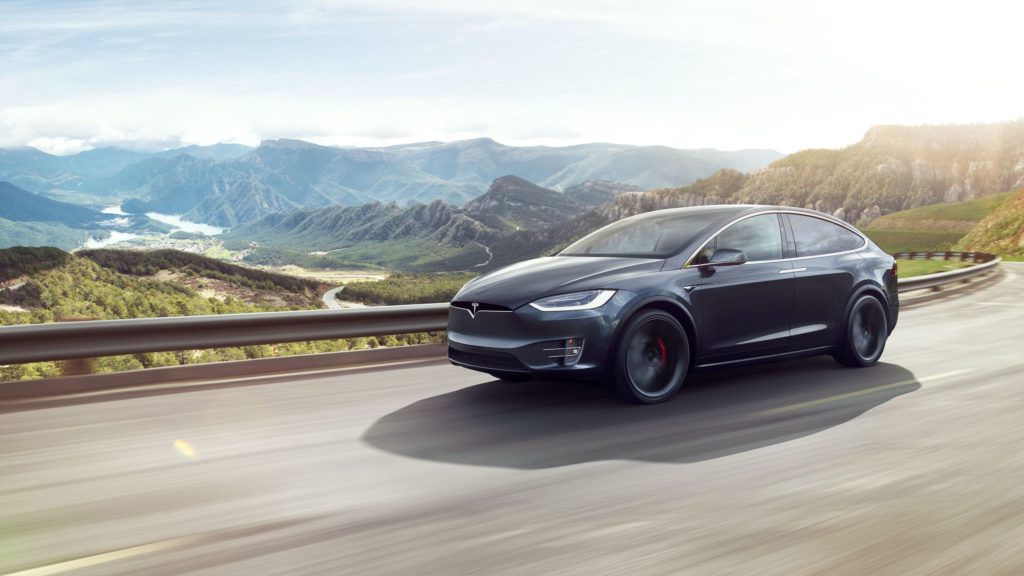 Legacy automakers struggle to catch up with Tesla’s vehicle efficiency.

Tesla is aware that new all-electric cars coming, but notes in its 3rd quarter report that more than 15 years of battery pack and powertrain development give it an edge over established carmakers, most of which engaged in EVs significantly later.

Tesla’s advantage could be worth at least a few more years of lead and the Californian company says that proof lies in efficiency.

As an example, the all-wheel-drive Tesla Model X from 2016 is rated at 3.1 miles of range per kWh according to the EPA. It’s very good for such a big and heavy vehicle with fancy doors (that delayed the project a few times) and strong performance.

Tesla Model 3 all-wheel drive raises the bar even higher to 4.1 miles of range per kWh.

In the case of the competition, current and upcoming all-wheel drive electric cars (think Jaguar I-Pace, for example) vary between 2.4 to 2.8 miles of range per kWh according to EPA. That’s not even on the level of the Model X.

We do believe that the Tesla battery and powertrain package is the best on the market and that’s what we also hear from Munro & Associates, which on the other hand notes that the body in white of the Model 3 was poorly designed (here lies the advantage of companies that existed way before Tesla).

“Battery pack and powertrain are at the heart of our vehicles. Over the past 15 years, we have worked hard to make the best powertrain anywhere on the market. By 2016, Model X energy efficiency was 3.1 miles of EPA range per kWh. This is an extremely important metric as it allows an EV to reach a long EPA range even when using a relatively small, inexpensive battery pack. With Model 3, energy efficiency improved dramatically to 4.1 EPA miles per kWh, the highest efficiency for any all-wheel drive EV. To put this in context, our current or upcoming AWD (2019) competition is expected to achieve 2.4 to 2.8 miles of EPA range per kWh. Model 3 has far better energy efficiency while also providing the quickest acceleration (0-60 mph in as little as 3.3 seconds) and the highest top speed (155 mph). Additionally, the curb weight of Model 3 long range RWD is only 3% heavier than its gas powered equivalents.”

: Tesla Inc.
Previous Post Musk Has Approved Model Y Prototype for Production Next Post No Advertising Required: Tesla Model 3 #1 In Revenue On Its Own

Tesla News Roundup: Urban Superchargers, Semi Debut Gets a Date, and a Tesla VP Steps Down

All engineering topics (out of main) gerebgrausNo. They have not. But it is obvious. That is the tech., that reduces costs radically. No paint shop, minimal body shop with no car specific... Post by: Silent Ludicrosy, Yesterday at 7:19 AM in forum: TSLA Investor Discussions

Somebody selling my wrecked model 3 VIN in a diffe... i dont get the issue. you totalled the model 3, it got sold, someone restored it. whats the issue? Post by: Candleflame, Sunday at 7:03 PM in forum: Model 3

Somebody selling my wrecked model 3 VIN in a diffe... strykerozI've had salvage cars, had them rebuilt and had years of great use from them. It's interesting to see how this plays out now the so... Post by: holmgang, Yesterday at 12:19 AM in forum: Model 3

Jeda USB Hub Vs. Taptes USB Hub View attachment 504978 I'll start by saying that I'm not going into any comment regarding Taptes copying Jeda on a USB Hub. My intent is to ... Post by: Black306, Yesterday at 8:49 PM in forum: Model 3

Drop in range after service I took the car to get serviced. They had to reset the computer. Now my range is almost half. It's this normal? Is it going to go back to normal? ... Post by: Simon21, Yesterday at 8:08 PM in forum: Model X

Spare Key When I got my car last month it came with only 1 key. I was successful in obtaining another key from the PO, but it does not have any buttons for lock ... Post by: CAR3NUT, Thursday at 1:17 PM in forum: Roadster 2008-2012