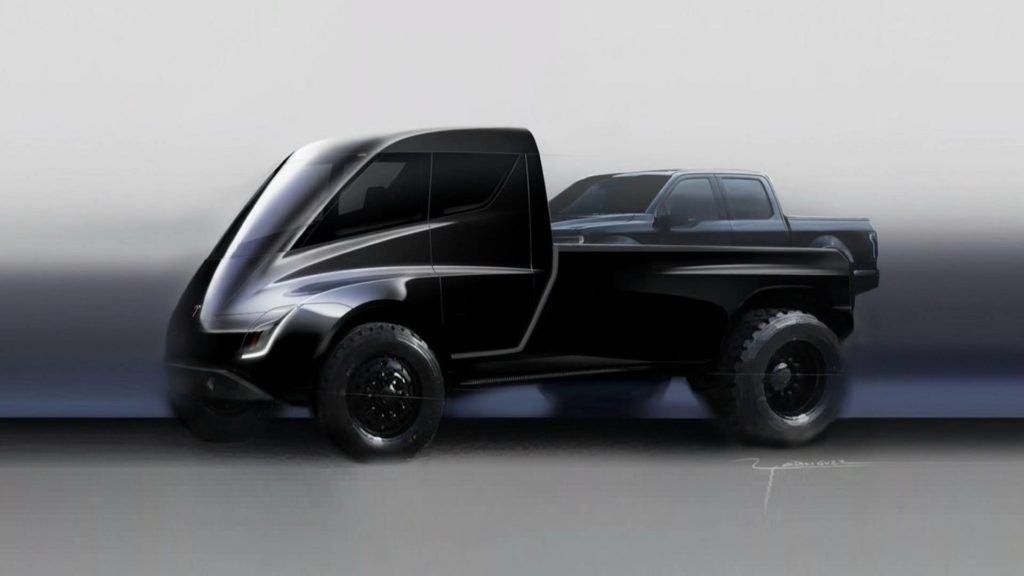 Elon Musk continues to show enthusiasm for Tesla’s electric pickup, as he said on Twitter that the project is getting more resources.

Musk was trading tweets with a follower about the possibility of building a sprinter van when he listed the company’s current priorities. The Tesla pickup was placed ahead of the Tesla Semi and Tesla Roadster, which are expected to go into production within the next two years.

Lot on our plate, so it’s either get van gliders (no battery, powertrain or compute tech) from Daimler & produce sooner or do all & produce later. Not a big difference to total vehicles produced either way. Priority list is Model Y, solar roof tiles, pickup, semi, Roadster.

When asked for further context on the list he said it was in order of “resource priority, but not necessarily production ramp.”

Musk previously said the pickup truck will be the the company’s next product following the Model Y crossover. He is “dying to build it.”

Production of the Model Y is slated for 2019.

Musk has said the pickup could be a mini version of the Semi. He previously tweeted about possible features including:

The traditional pickup builders don’t seem to be rushing to build electric models, so hopefully Musk’s enthusiasm for the project means he’s racing to take on the market.