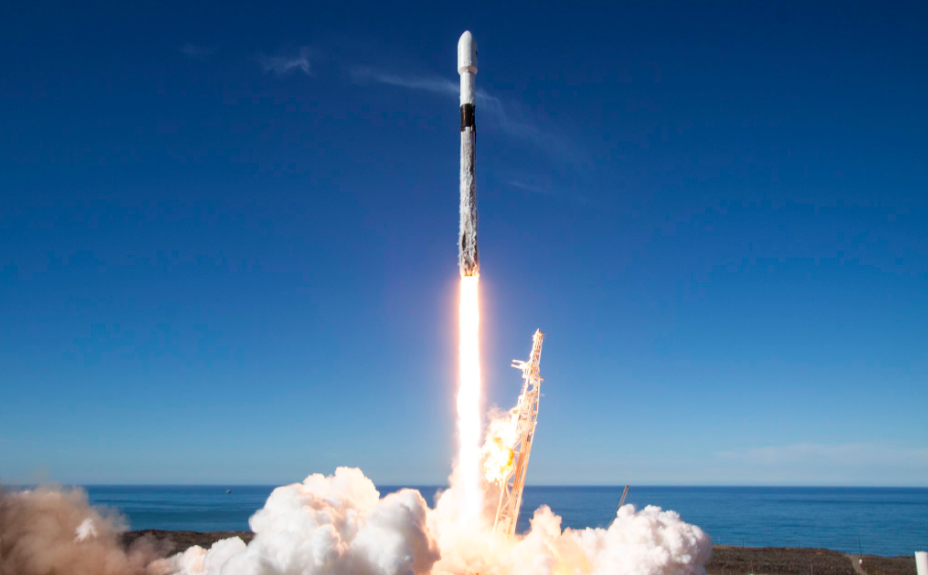 SpaceX Sets Records with 19th Launch of the Year

December 4, 2018TMC StaffNews109 Comments
SpaceX set four company records Monday with the launch of a Falcon 9 rocket from California’s Vandenberg Air Force Base.
Monday’s mission, called SSO-A, was to deliver 64 small satellites into orbit for a wide variety of government, academic and private-sector users for Spaceflight, SpaceX’s customer for the launch.
Here are the records SpaceX broke:
• The booster, also known as B1046, became the first Falcon 9 to launch three missions.
• B1046 also became the first to launch from all three of SpaceX’s pads, including Kennedy Space Center’s pad 39A, Cape Canaveral Air Force Station’s Launch Complex 40, and Space Launch Complex 4E at Vandenberg.
• SpaceX completed its 19th launch of the year, breaking 2017’s record of 18.
• The 64 spacecraft launched were the most ever from an American-made rocket.
SpaceX also attempted, but was unsuccessful, in catching the rocket nose cone on its net-equipped boat, Mr. Steven.
“Falcon fairing halves missed the net but touched down softly in the water. Mr. Steven is picking them up. Plan is to dry them out & launch again. Nothing wrong with a little swim,” Musk said via Twitter.
: SpaceX
Previous Post Report: Tesla Documents Outlined Plan to Build Model Y in Nevada Next Post Tesla Model 3 Sales Charge Way Past Milestone Of 100,000 In U.S.

SpaceX Successful in Seventh Mission of the Year

Supercharger - Winnipeg, MB Tesla Ranger just told me he got 4 working today at the wpg supercharger station. 2A to 2D. Will be testing later today! Post by: RuralMBEV, Yesterday at 1:10 PM in forum: Canada Supercharger locations

TMC Iceland Meetup 2020! LycanthropeHmmm, flights are not expensive, Brussels to Reykjavik return for $320. That would be arrival Thursday evening and departure early Monday.... Post by: HG Wells, Yesterday at 4:56 AM in forum: EVents

Sudden Unexpected Acceleration today commasign$100 to the charity of your choosing if you have logs showing a Tesla accelerated while the brake pedal was fully depressed.Put me down for $... Post by: wk057, Mar 5, 2019 in forum: Model 3

Tesla Tastes Terrific ! View attachment 501812 I found a Tesla cookie cutter in my stocking this year. My wife just baked up a batch of very tasty cookies. We ate them from 0... Post by: M109Rider, Yesterday at 11:00 AM in forum: Off Topic

What does the warrenty really cover? Hello, everyone, I have a question. Does the warrenty cover the scratch and bumper damage caused by the owner? Or the owner should pay it on his own c ... Post by: CCLJerry, Yesterday at 7:21 PM in forum: Model S

Loud Pop and then no audio Today while driving a weird thing happened. Heard a really loud pop and all audio stopped. No music , no radio no ding dong chimes not even turn signa ... Post by: mostvisited, Yesterday at 10:58 PM in forum: Model X