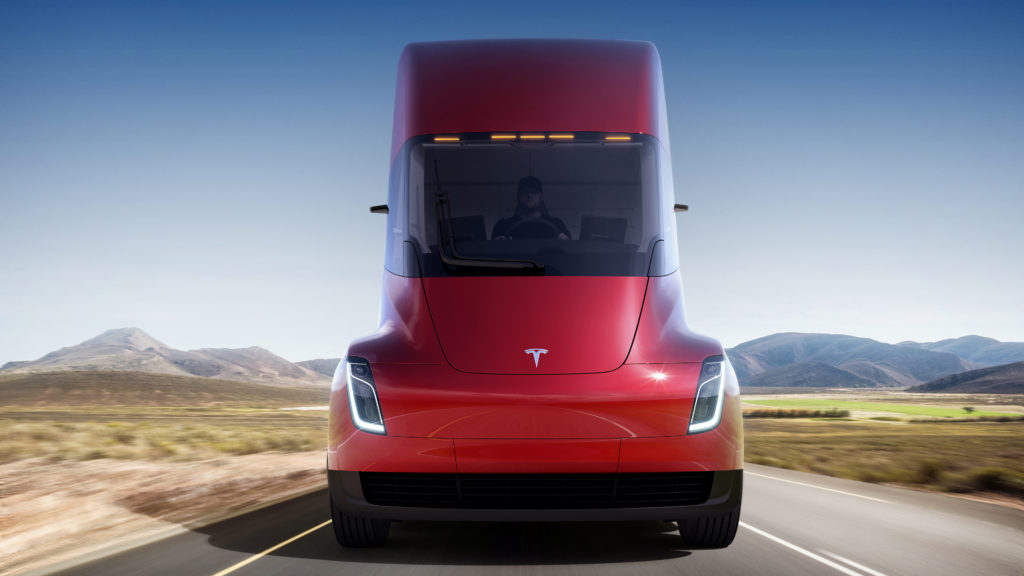 It seems we’re just a few years away from silencing the chug-a-lug of diesel motors pumping smoke through semi truck exhaust stacks.

Tesla has certainly attracted headlines with its all-electric truck dubbed Tesla Semi. What’s more, it has attracted orders. Companies like Anheuser-Busch, PepsiCo, FedEx, UPS, and Walmart have all helped push reservations for the Tesla Semi into the thousands.

It will be exciting to see if Tesla can delivery on its promise for the Semi. The company has not announced final specs, but early features and figures look promising. And, startling to other truck manufacturers.

“If Tesla really delivers on this promise, we’ll obviously buy two trucks – one to take apart and one to test because if that happens, something has passed us by,” Martin Daum, Daimler’s head of trucks, said at an industry event earlier this year. 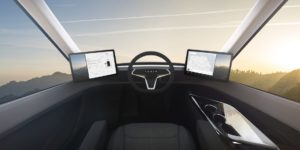 Since the original announcement, Elon Musk has said the Semi will perform even better.

While Tesla will be one of the first all-electric semis to hit the market, it won’t be without competition.

The Tre’s design differs from Nikola One and Two, which have a swept, aerodynamic style seen on many brand new semis. The Tre stands a bit more upright, reminiscent of a cab-over style truck. Breaking from the designs of the One and Two may be strategic. The startup filed a lawsuit against Tesla earlier this year, alleging that the the Tesla Semi violated Nikola’s patents.

In particular, Nikola alleges that Tesla copied the fuselage, doors, fenders, wraparound windshield, and other aerodynamic features of the Nikola One. The petition says Nikola noticed the similarities in spy shots published online shortly before the reveal of the Tesla Semi. Nikola then sent a letter to Tesla demanding it not unveil the truck until the infringement was resolved. Nikola says the letter was ignored. Tesla has repeatedly calling for a dismissal, but the case has yet to be resolved.

Nikola has a history of challenging Tesla. Both companies are named for inventor Nikola Tesla. Last month, Nikola announced that despite having more than $8 billion in preorders for its semi trucks, it would refund deposits on all reservations. The company said it “won’t use your money to operate our business,” which is an obvious shot at Tesla’s practice of using deposits as operating capital.

In June, the 4-year-old company said it expects to begin fleet testing its trucks in 2019. The company has released the following specs for the Nikola One:

Key to Nikola’s plan is building a network of hydrogen stations. The company has chosen Nel ASA as the supplier to create the largest hydrogen network in the world that will cover over 2,000 miles and include 16 stations.

“We have thousands of trucks that have been reserved and need to be delivered. The stations are the first step to completing that process,” Scott Perry, Nikola’s chief operating officer said in a release. “Nel has delivered over 3,500 hydrogen solutions in over 80 countries since 1927. We are confident they can deliver.”

Daimler’s confidence in a proven platform
German manufacturer Daimler seems to have aggressive electric semi plans. The company is testing the all-electric Freightliner eCascadia and Freightliner eM2 with key customers in the U.S. In Europe, Daimler is testing the Mercedes-Benz eActros.

The Freightliner eCascadia is based on the Cascadia, the most successful heavy-duty long-distance truck in the North American market. The company says it will pack 730 horsepower. At 550 kWh, its batteries provide enough energy for a range of up to 250 miles, and can be recharged to around 80 percent within 90 minutes to cover a further 200 miles.

The Freightliner eM2106 is intended for local distribution operations and last-mile delivery services. The batteries of the new electric version provide 325 KWh for up to 480 hp. The range of the eM2 is around 230 miles. The batteries can be recharged to around 80 percent within 60 minutes, sufficient for a range of around 184 miles.

The company hopes the Freightliner eCascadia will be in production in three years. The company benefits from decades of experience producing heavy and medium duty commercial trucks in volume, and will apply the same processes and efficiencies in building electric trucks.

Roger Nielsen, president and CEO of Daimler Trucks North America, said recently that the company’s progress in electric trucks is moving faster than expected. And he made the bold claim that Daimler will put more electric trucks on the road than Tesla in 2020.

Thor shows interest from upstarts
Thor Trucks Inc., a California-based startup, is also making a run at electrifying Class 8 trucks. The company plans to begin marketing the ET-1 battery-electric day cab next year. The truck will have a 100-mile range and cost $150,000. The company is also planning a $250,000 truck with a 300-mile range.

UPS announced a collaboration with Thor in July to develop and test a fully-electric class 6 delivery truck to be deployed later this year. The electric delivery truck will have a driving range of approximately 100 miles powered by a Thor-designed and built battery that will be lightweight, durable and allow long-range driving distances. Thor truck’s battery design is different in its layout and cooling process compared with most electric batteries. The company is using cylindrical-shaped nickel, cobalt and manganese batteries expected to operate under warranty for 2,000 cycles.

Competition welcome
Tesla’s goal is to force the adoption of EVs and end an era of environment-choking, gas-burning vehicles. And a zero-emissions trucking industry seems imminent.

The attention that is being given to EV projects by the legacy semi manufacturers, as well as the enthusiasm from the startup community is a great sign that the Tesla Semi is forcing change before it hauls a single load.

Half Of World’s Electric Cars Are In Just 25 Cities

New owner questions (Condensation/hard latch/Softw ... Hi Very new Model 3 owner (LR) and picked up the car couple of weeks ago and have service scheduled for Feb 13 for delivery paint issues.. I was plann ... Post by: 3p414, 17 minutes ago in forum: Model 3

Ever get "Software update available" after you ins ... Last night I installed 2020.4.1. This morning car displayed the usual update notes, etc. All seemed like business as usual. About an hour ago, Tesla a ... Post by: vapor trail, 2 minutes ago in forum: Model S

Model X Hardware Updates Was currently in the market for my first Tesla, a Model X and hoping to purchase in the next 60 days but now I'm reading there are hardware updat ... Post by: trematix, Today at 9:54 AM in forum: Model X

Referral Link Hi, Where would be good places to post my referral link? Is there anything I should do to help get this out? thanks Post by: robocar, Yesterday at 11:05 AM in forum: Roadster 2020+