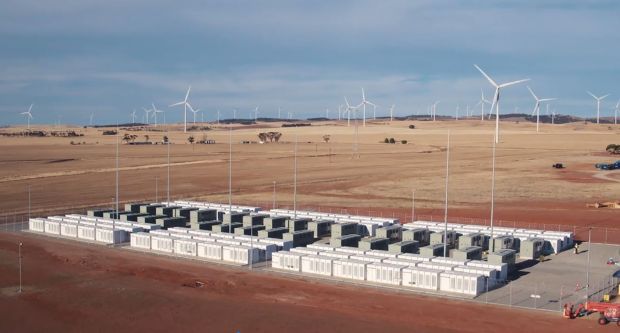 It makes sense that Tesla would open its full year update on its energy products division by talking about the Model 3 sedan. There’s no doubt that production of the new sedan stole the spotlight in the product suite, but Tesla Energy still managed to hum along. 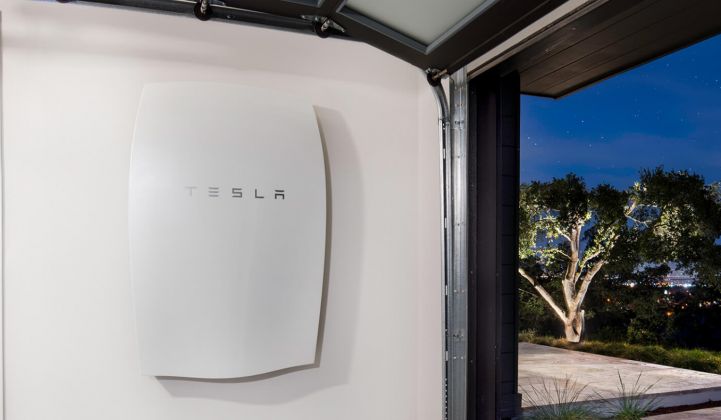 Powerwall is a rechargeable home battery system that stores energy from solar or from the grid and makes it available on demand. It can power a home during the night or back up a home in the event of a power outage. Powerwall enables owners to use more solar by storing the excess energy and using it at night, “which roughly doubles the amount of solar energy that directly powers your home,” Tesla says. In the event of a longer power outage, Powerwall can recharge from a solar power system. Tesla provides an app to monitor Powerwall and home energy use in real time. The app allows enables users to manage all their Tesla products – Model S, Model X, Model 3 and Powerwall. 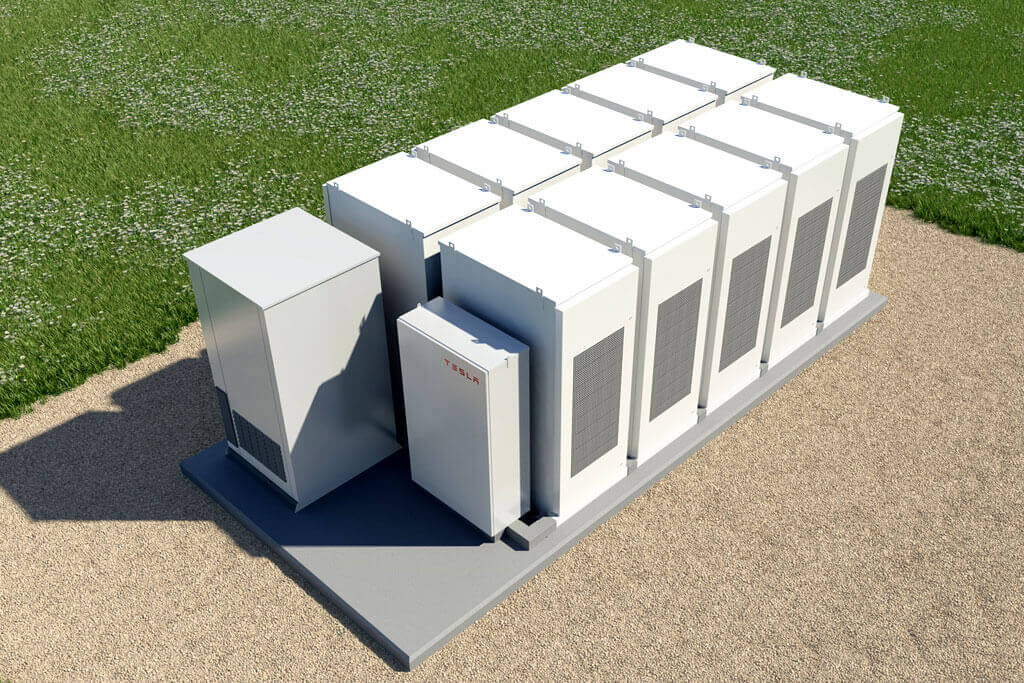 Powerpack is a battery system aimed at commercial consumers and energy providers. The Powerpack system scales to the space, power and energy requirements of any site, from small commercial businesses to regional utilities. It can be used to build a localized grid that can disconnect from the main power grid, operating independently and reinforcing overall grid resilience.

Every Powerpack contains 16 individual battery pods, each with an isolated DC-DC converter.

Tesla offers two different solar products: solar panels and Solar Roof. The company says both are designed to produce clean power and integrate seamlessly with Powerwall. Solar power helps reduce the owner’s electricity bill. Savings depends on the size of the solar power system and a home’s electricity usage. When your solar power system generates more electricity than the home can immediately use, excess energy flows back to the utility grid the local utility may pay a credit for this electricity.

Tesla provides a sample California customer paying $179 a month before solar and $22 a month after. The company estimates a savings of about $50,000 in electricity cost over 30 years with solar. Tesla says buying an average-size solar panel system generally costs $10,000 – $25,000 (including installation), before additional savings from rebates and tax incentives.

In addition to the solar power equipment, Tesla provide access to an app that gives real-time visibility into your solar production.

Tesla built the largest battery in the world in 2018 – and that’s just cool.

The Hornsdale Power Reserve is adjacent to the Hornsdale wind farm in the south-west of the Narien Range, north of Jamestown, South Australia. The region in Australia has initiated a Virtual Power Plant program where the plan is to install 50,000 interconnected Powerwall units that will provide increased grid reliability and lower cost for all customers. By the end of 2018, it was estimated that the Power Reserve had saved $30 million in costs.

Powerpack units are now used in over 100 microgrid projects across 32 countries.

“While the Hornsdale battery that we built in South Australia is still the largest battery in the world, we have recently received multiple requests to build significantly larger battery projects,” Tesla said in its earnings report.

“With a better supply of cells and new manufacturing equipment, we are aiming to more than double energy storage deployments to over 2 GWh in 2019,” the company said in its earnings letter.

Tesla’s solar systems received a price cut in November of as much as 25 percent, which came about four months after the company said it planned to increase efforts from its Tesla Energy division.

“It’s like with Model 3,” Tesla Chief Technology Officer JB Straubel told USA Today of demand for the solar products. “People have come flooding in and are waiting on the product. So now we’re aggressively ramping our capacity.”

Tesla Energy’s sales plan went through a significant restructuring earlier this year. More than a dozen Tesla solar facilities across nine states were shuttered and the company elected to not renew a partnership with Home Depot to sell Tesla Energy products. Like it’s car business, new Tesla Energy products are only available via direct sales.

Tesla said in its earnings report that through various operational efficiencies the average sale-to-installation time decreased by about 50% in 2018.

One of the company’s most interesting and highly anticipated products – Solar Roof – still seems slow to get off the ground, let alone on top of many houses. It’s been more than two years since its introduction and Tesla has installed only about a dozen of the roofs comprised of solar shingles. The company says “significantly improved manufacturing capabilities during 2019” will help ramp up instillations.

“We plan to ramp up the production of Solar Roof with significantly improved manufacturing capabilities during 2019, based on the design iterations and testing underway,” Tesla said in its earnings report. “In the meantime, we are continuing to install Solar Roofs at a slow pace to gather further learnings from our design changes, as well as about the viability of our installation processes by implementing them in areas around the U.S. that are experiencing inclement weather.”

Tesla seems confident it has solved production bottlenecks for for its consumer energy business and secured a strong pipeline for larger-scale projects.

The company believes generation and storage revenue should increase significantly in 2019, mainly due to the storage business. “The gross margin of our Energy business should grow as the energy storage margin continues to improve from its current level,” the company wrote in its earnings report outlook.

Autopilot fail DanCarAlan Zavari on Twitter Car accelerates towards car transporter.The most likely explanation is that the camera vision saw the car that was on top... Post by: diplomat33, Yesterday at 3:41 PM in forum: Autopilot & Autonomous/FSD

Brake Light: Regen Braking! Brake lights come on based on both deceleration rate and speed. They don't come on just because you are regenerating. Your concern isn't an... Post by: Tz00, Today at 3:01 AM in forum: Model 3: Driving Dynamics

Preheating Noise Changed Ever since the last software update my preheating sound has changed (turning on climate control while battery is cold). Not sure if that is just a coi ... Post by: fomite, Today at 7:01 PM in forum: Model 3

Quick Guide for 12v accessible I made a quick video how to have easy 12v battery access for whose installed the refresh front bumper and just incase the 12v battery die on you, no n ... Post by: Nick70d, Today at 5:04 PM in forum: Model S

App shows doors open when they are closed The iPhone app for my model X shows the front trunk and the driver door are both open. I have repeatedly opened and firmly closed both doors, and when ... Post by: crootloops, Today at 4:32 PM in forum: Model X