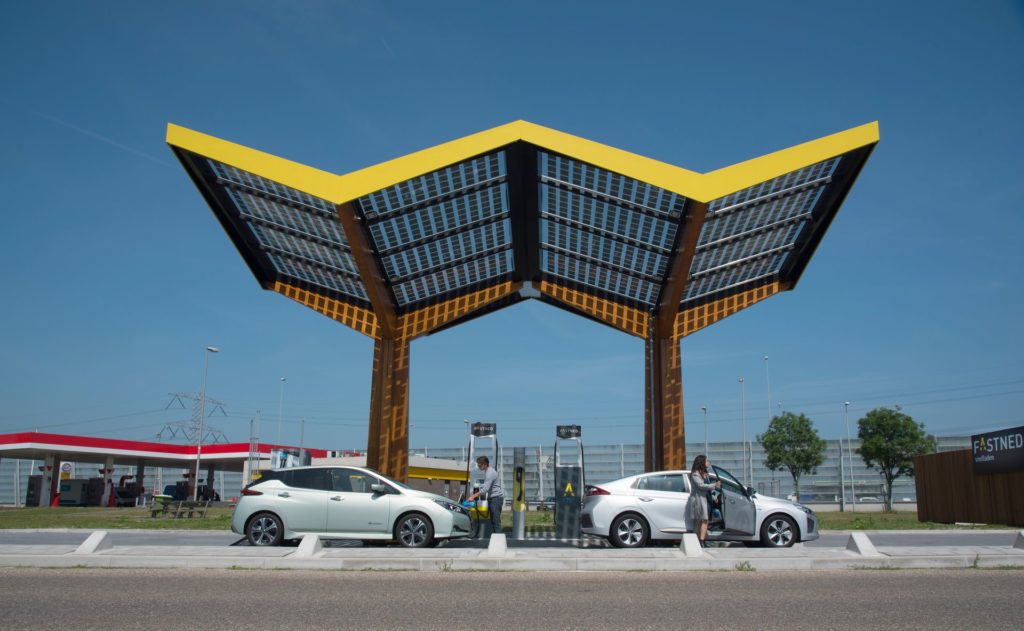 If BEV charging really an issue?

One often reads statements by ICE drivers that they will not buy a BEV until it can be charged as fast as ICE cars can be filled with gasoline; they often state a 5-minutes target fill time. I do not recall ever spending only 5 minutes at a gasoline station. I estimate 15 minutes as the minimum time I used to be at a gasoline station, and it was usually longer. I stop my Tesla Model 3 Long Range on long trips for personal reasons more often than needed to charge car. Tesla navigation on the screen tells me how long to charge at each Supercharger to minimize travel time; I often charge longer than that for personal reasons.

It is a fact that fast-charging (kW) a BEV battery is not at a constant speed as is the case for filling an ICE gasoline tank. In this document I examine the filling rate for fast charging of a BEV.

Consider three BEVS with maximum charge rate of 120 kW, 250 kW and 350 kW with batteries of the same battery chemistry and, therefore the same shape of the charging-power curve. If the 120-kW BEV is the Tesla Model 3 Long Range BEV (TM3LR) with about 75-kWh usable battery capacity, the power-proportional usable battery capacities for the other two cars would be about 155 kWh and 220 kWh. (I use 250 kW power because Tesla has indicated that will be the maximum power for near-future Superchargers. I use 350 kW because Electrify America is starting to install some stations with that maximum power.)

Using the mathematical formula for charging power in my previous study for charging the TM3LR using a Tesla Supercharger and TM3LR charging-power data I get the following approximate charging curves for the three BEVs:

The two higher kWh BEVs probably would not have as high efficiency as the 75-kWh BEV. The batteries would weigh more and the cars would be larger.Assume the following realistic efficiencies:

The corresponding three curves for miles gained versus charging time using a Supercharger are:

The vertical line is about the half-way the time to full.

It is not wise to charge from a high state of charge (SOC) to near full on a long trip because the average charging power is much lower than when starting at a low SOC. Here is such a Supercharging curve for the TM3LR starting charging at 68% SOC:

In the future, there may be new battery chemistry that possibly include super-capacitors for BEVs that charge much faster or without tailing off as quickly as shown below:

Meet Teslonda – a Tesla-Powered 1981 Honda Accord

Tesla confirms infotainment system upgradeability... spentanJust got the notice that my vehicle is ready. Likely picking it up in the next hour or so. Super Excited for MCU2 and AP3.0just picked It up. S... Post by: spentan, Yesterday at 12:08 PM in forum: Model S

Coronavirus For another perspective... It’s a mess out there now. Hard to discern between what’s a real threat and what is just simple panic and hysteria. For a s... Post by: SDRick, Yesterday at 12:20 PM in forum: TSLA Investor Discussions

Coronavirus ram1901Once again, this Virus panic needs to be put into perspective: From the CDC website: Number of deaths for leading causes of death: (Per Year) H... Post by: dfwatt, Yesterday at 12:08 PM in forum: TSLA Investor Discussions

Coronavirus dfwattIt was this guy with the flue comment - his spelling aint much better than his common cents (sic). It's a mystery as to why Moron Spray is... Post by: SVMike, Yesterday at 1:00 PM in forum: TSLA Investor Discussions

Cabin overheat protection I find that most people use this feature. That was one of the first things I turned off because I didn't want to waste energy while my car sits o ... Post by: KetchupKilla, Yesterday at 5:50 PM in forum: Model 3

Supercharging throttling? I have a June 18 75D with about 33k miles on it. I went to a large 150kw supercharger in Wa state and with nobody else there, at 75 miles range left c ... Post by: buzescu, Yesterday at 8:51 PM in forum: Model S

What happen After charge in full Hey guys. just want to know if I still use supercharging after my car charge in full? Is there any fine or extra charge? How long I can keep charge my ... Post by: ethange, Yesterday at 10:42 PM in forum: Model X

Those silly jets I keep reading about those “jets” that are going to make the roadster quicker. The last said the license plate would drop down and the high pressure a ... Post by: D.E., Yesterday at 9:42 AM in forum: Roadster 2020+