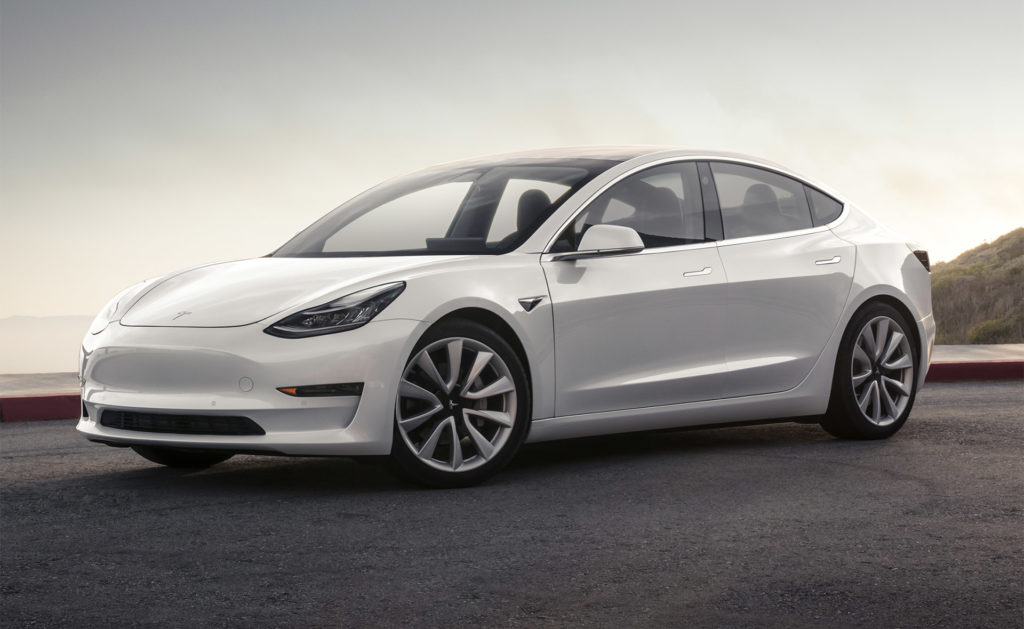 Tesla has sweetened the deal for a Model 3 in China by making the Enhanced Autopilot package standard.

The update was shared by a Twitter user who said he “confirmed with the Tesla sales specialist in China” that the free upgrade is available “temporarily.”

Orders for the Model 3 began in China last month for the pricier Performance and Long-Range Dual Motor All-Wheel-Drive versions. The first cars arrived in China a few weeks ago.

The free Autopilot upgrade is likely an effort by Tesla to attract Model 3 buyers in China before a temporary relief on import taxes ends in April. The import tariffs result in higher prices for the sedan, which Tesla hopes to eliminate with the construction of Gigafactory 3 in Shanghai.

“We don’t know what’s going to happen with the trade negotiations,” he said. “So it’s very important to get those cars especially to China as soon as possible. We hope the trade negotiations go well, but it’s not clear. But we need to get them there while there’s sort of de facto sort of a truce on the tariff war. And demand gen is really not one of the things we’re thinking about.”

It's official! Tesla website says HW2.0 cars "sche... Kentucky3Spotify spins and spins before finally playing the song I’ve chosen and the volume control is sometimes VERY laggy.this is typically because... Post by: verygreen, Yesterday at 4:57 PM in forum: Model X

Coronavirus vitalFunkThis post is spot on. This thread was hijacked by the liberal elitist many months ago. You are not getting balanced information here. The rea... Post by: dfwatt, Yesterday at 2:12 PM in forum: TSLA Investor Discussions

Coronavirus RobStarkDebunking and exposing incorrect information is much more effective than supression. "Suppression" just adds fuel to the "consp... Post by: kbM3, Today at 10:41 AM in forum: TSLA Investor Discussions

Coronavirus vitalFunkYou are not getting balanced information here.Try RT. You’ll find a lot more to like there. Robin Post by: N5329K, Yesterday at 6:26 PM in forum: TSLA Investor Discussions

Mountain Pass Performance SpaceX Launch Sale! SpaceX Launched Humans, So Let’s Have A Sale! I can’t tell you how impressed and amazed we are here at the accomplishments SpaceX continues to pump ou ... Post by: MountainPass, Today at 10:16 AM in forum: Model 3

Any issues with the on screen dashcam/sentry mode ... Yesterday I went to try and check some sentry mode footage on the screen in the car, and it just loaded a static image, with no controls. Rebooted, an ... Post by: A-Wimoweh, Today at 6:06 AM in forum: Model S

Strange squeal when stopping with Autopilot engage ... My wife complained that her brakes squeak on her X so we went for a drive so I could hear it. Nothing from easy braking to full hard stop braking. So ... Post by: AhwatukeeDad, Today at 5:50 AM in forum: Model X

Those silly jets I keep reading about those “jets” that are going to make the roadster quicker. The last said the license plate would drop down and the high pressure a ... Post by: D.E., May 28, 2020 in forum: Roadster 2020+