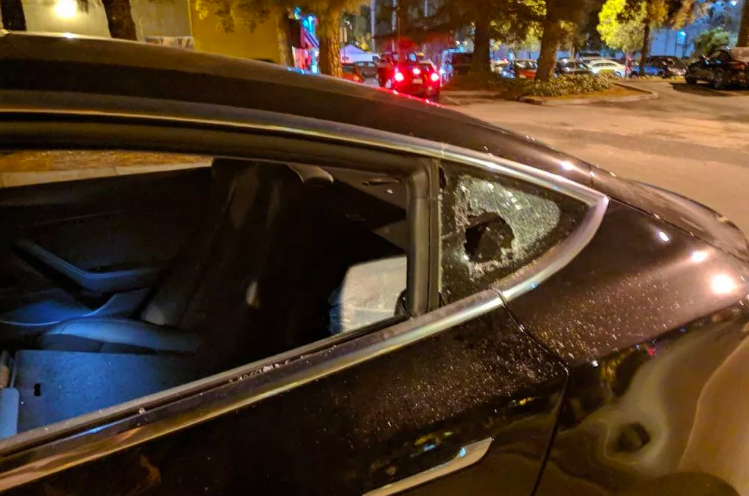 Tesla has rolled out a new security system that aims to protect against theft and break-ins.

“Sentry Mode” adds a unique layer of protection to Tesla vehicles by continuously monitoring the environment around a car when it’s left unattended, Tesla said in a release.

“When enabled, Sentry Mode enters a ‘Standby’ state, like many home alarm systems, which uses the car’s external cameras to detect potential threats,” Tesla said. “If a minimal threat is detected, such as someone leaning on a car, Sentry Mode switches to an ‘Alert’ state and displays a message on the touchscreen warning that its cameras are recording. If a more severe threat is detected, such as someone breaking a window, Sentry Mode switches to an ‘Alarm’ state, which activates the car alarm, increases the brightness of the center display, and plays music at maximum volume from the car’s audio system.”

Tesla owners will receive an alert from the Tesla Mobile app if their car enters “Alarm” state. They’ll also be able to download a video recording of an incident (which begins 10 minutes prior to the time a threat was detected) by inserting a formatted USB drive into their car before they enable Sentry Mode.

The feature will was first delivered in the U.S. to Model 3 vehicles, followed by Model S and Model X vehicles that were built after August 2017.

Papafox's Daily TSLA Trading Charts PapafoxWere shareholders running for the exits? After a drop of over $21 for the day, I see that volume was a very moderate 13.8 million shares, which... Post by: Artful Dodger, Yesterday at 7:19 PM in forum: TSLA Investor Discussions