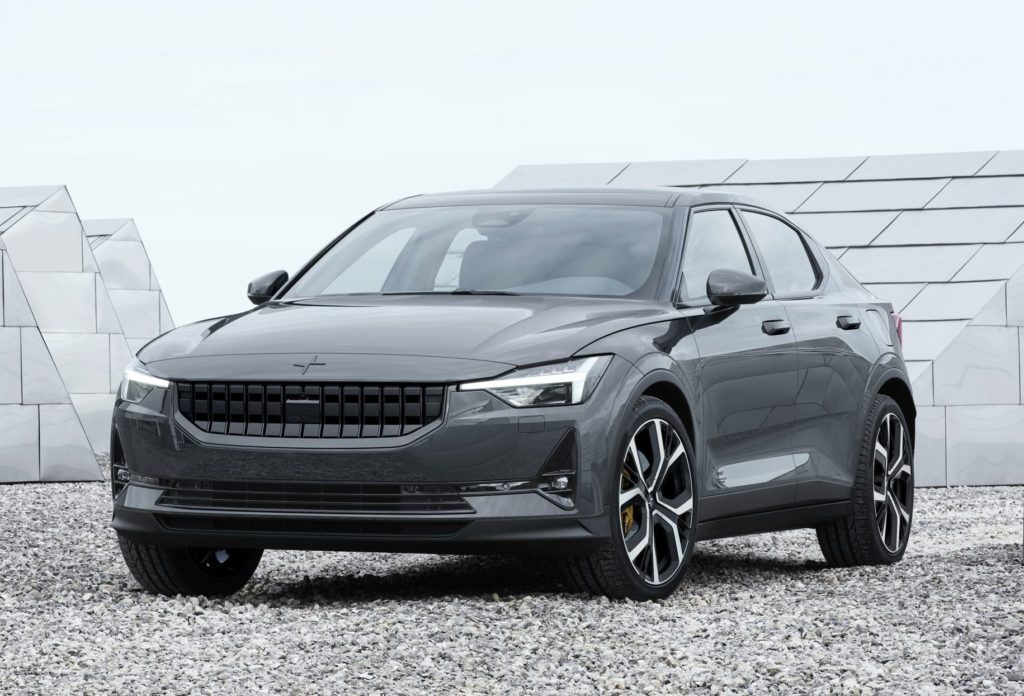 There’s a lot to like about this battery pack design.

The Polestar 2 battery pack layout is very unique. It’s kind of like a marriage between the Chevrolet Volt “T” pack (where GM put cells down the tunnel of the car) and the Bolt EV pack that is essentially a mono-slab pack design with a double stack under the rear seat. It’s the footwell under the rear passenger’s feet that is the coolest part of this design. The Porsche Taycan also uses this approach. The advantage of the rear footwell is that it keeps the rear passengers’ knees from being jammed up into their chests.

It also appears that this battery pack has slightly higher voltage than most other packs. Usually, these battery packs are wired with 96 cell packs in series. However, this pack — like that of the Audi e-tron and Jaguar I-Pace — appears to be wired with 108 cell groups in series instead of 96 in series, which results in an increase in nominal pack voltage from 350 volts to 400 volts.

Let’s walk thru the slides.

Each module has 12 pouch cells, so the total number of modules is 27.

Each module is an aluminum box much like, the I-Pace, e-tron and Taycan.

The modules are then stacked in such a way as to utilize what is typically unused, like the area under the seats and in the tunnel of the car. This allows for the footwell for the rear passengers.

The pack is cooled by a flat plate cooling system, which seems to be common fare in Bolt EV, I-Pace, e-tron and Taycan.

The 27 modules are housed in a battery case with a steel top and an aluminum bottom. See the nice shot of the rear passenger footwell below.

The battery case fits into the Polestar 2 body as shown in the next slide.

There is crushable crash structure that surrounds the pack, as well as another in the car body.

The crash structure also increases the torsional rigidity of the Polestar 2’s body.

This article was a co-production of the author and Keith Ritter.

EV Myths From ‘Our Side’

New Floor Mats “OEDRO” Got some New awesome floor mats, they are about 75% lighter then the heavy duty rubber ones I replaced, in fact I also put them in the back, due to th ... Post by: Wennfred, 6 minutes ago in forum: Model 3

Tow Receiver Key exchange and help for each other! OK, so we just got another X from Tesla, much like last time they didn't get the little red key for the tow receiver adapter (the part that protr ... Post by: ElectricLove, Today at 4:12 PM in forum: Model X