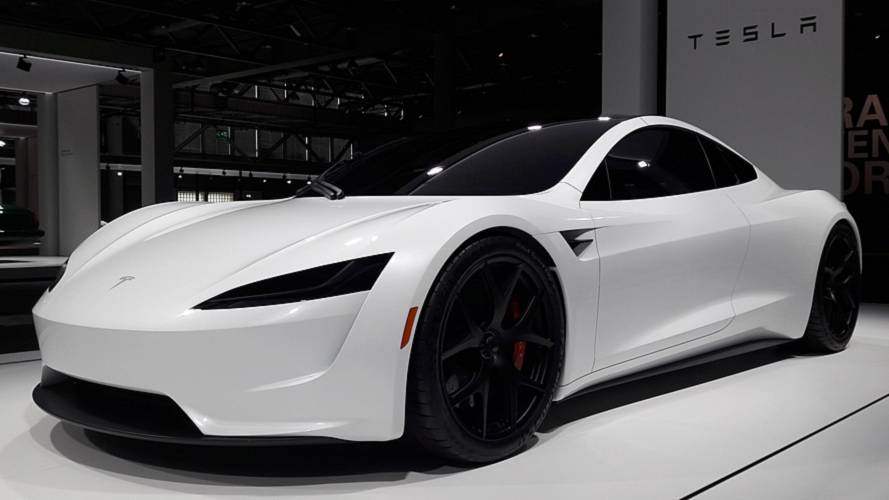 There’s a magical number that Musk says will be surpassed.

The upcoming, all-new Tesla Roadster will have the highest electric range of any production EV ever made. In fact, it’s electric range will exceed 1,000, but not in miles.

With the recent range upgrades for the Tesla Model S and Model X, the question of range for the upcoming Roadster has again surfaced.

Tesla CEO Elon Musk previously touted the Roadster’s range as untouchable by any other electric car. When the Roadster was first revealed, the automaker listed its range at 620 miles. That’s a figure that’s unheard of today.

However, Musk again restated this number just recently in a tweet exchange. According to Musk, the all-new Roadster will go more than 1,000 km. Here’s the tweet:

That’s a crazy high figure, so we’ll have to wait and see it to believe it, but Tesla has never failed to deliver on its range claims, so we expect this will pan out to be true too.

With a range of over 620 miles, the next-gen Roadster will be leaps and bounds ahead of any other electric car out there. Now we just wait for the arrival of this ultimate range king.

I tried "Launch Mode" for the first time today. I've had Tessie for 11 months. Never have I tried Launch Mode. I've done a lot of acceleration runs without it, but today was different. I p... Post by: MichaelP90DL, Tuesday at 11:12 PM in forum: Model S

Tesla sold me a Lemon and called me to buy-back -... 2/20 update: After a few back and forth emails and phone calls, Tesla is offering to replace it with a new inventory Model S with no additional money... Post by: jrc0yne, Thursday at 5:23 PM in forum: Model S: Ordering, Production, Delivery

Service center experience: trading my 3 in for a M... I’d be more concerned that I was on a first name basis with my mechanic and that he knew my family! Post by: schmluss, Thursday at 8:22 PM in forum: Model 3

I am trying to replace the SIMcard of my tesla mod ... in HW3.0 it's assumed to have changed to simless form. do you know how to disassemble SIMcard tray or LTE antenna? Post by: void walker, 35 minutes ago in forum: Model 3

Weird issue with door handles My car has a weird door handle issue that I haven’t found anywhere else in my search. I hope someone can shed light on this. My drivers side rear door ... Post by: abuzar1, Yesterday at 11:32 PM in forum: Model S

Want To Buy Tesla X 2016 w FUSC, 7 Seater Hello, I am in the market for a Tesla X w Free Unlimited Super Charging, 7 Seater. Contact me if you have one you want to sell. Post by: Dee S, Yesterday at 11:03 PM in forum: Model X

New Roadster owner Purchased 2011 Roadster Sport 2.5 and will probably arrive on or shortly after my birthday on the 25th of February. I'll take more pictures when ... Post by: jason.tv, Yesterday at 7:21 AM in forum: Roadster 2008-2012