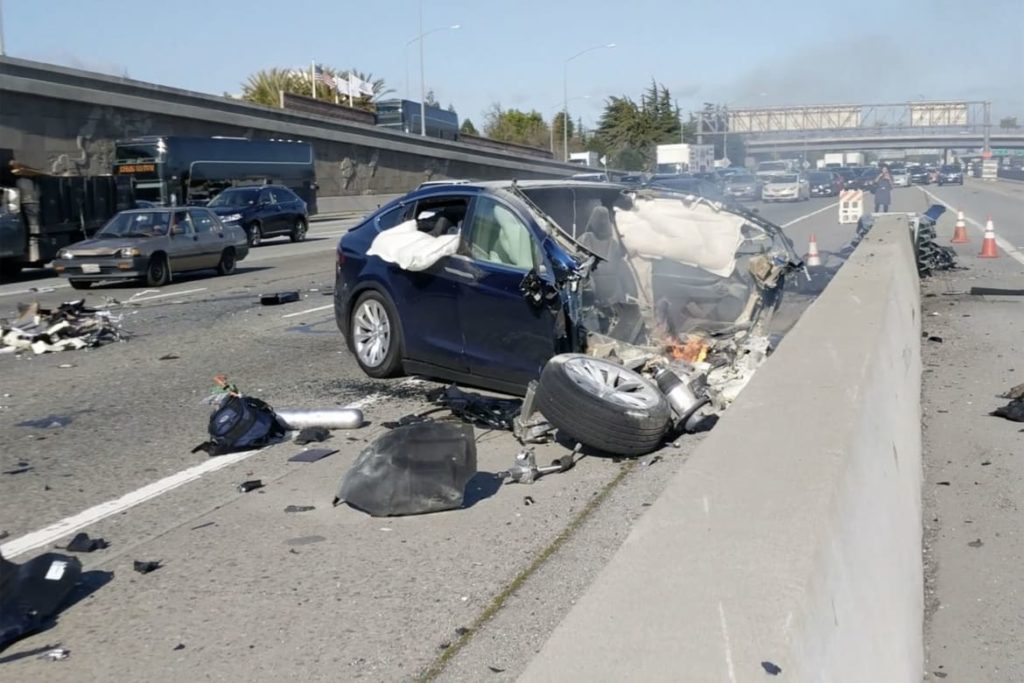 The family of a man who died last year after his Tesla Model X crashed on a California highway while operating on Autopilot, is suing Tesla.

The suit alleges wrongful death and negligence stemming from failures and false promises regarding the Autopilot driver-assistance system.

The incident took place on March 23 on a busy stretch of Highway 101 when Apple engineer Walter Huang’s vehicle drifted out of its lane and crashed into a concrete rail. The car’s battery erupted into flames.

The National Transportation Safety Board reported later that the car had accelerated from 62mph to 70 mph four seconds before the crash.

Tesla published a blog post in March 2018 defending Autopilot as not responsible for the crash.

“Our data shows that Tesla owners have driven this same stretch of highway with Autopilot engaged roughly 85,000 times since Autopilot was first rolled out in 2015 and roughly 20,000 times since just the beginning of the year, and there has never been an accident that we know of,” the company said in the post. “There are over 200 successful Autopilot trips per day on this exact stretch of road.”

Tesla said the reason this crash was so severe is that the crash attenuator, a highway safety barrier which is designed to reduce the impact into a concrete lane divider, had either been removed or crushed in a prior accident without being replaced.

Report: Tesla to Partner with LG for Batteries at Gigafactory 3