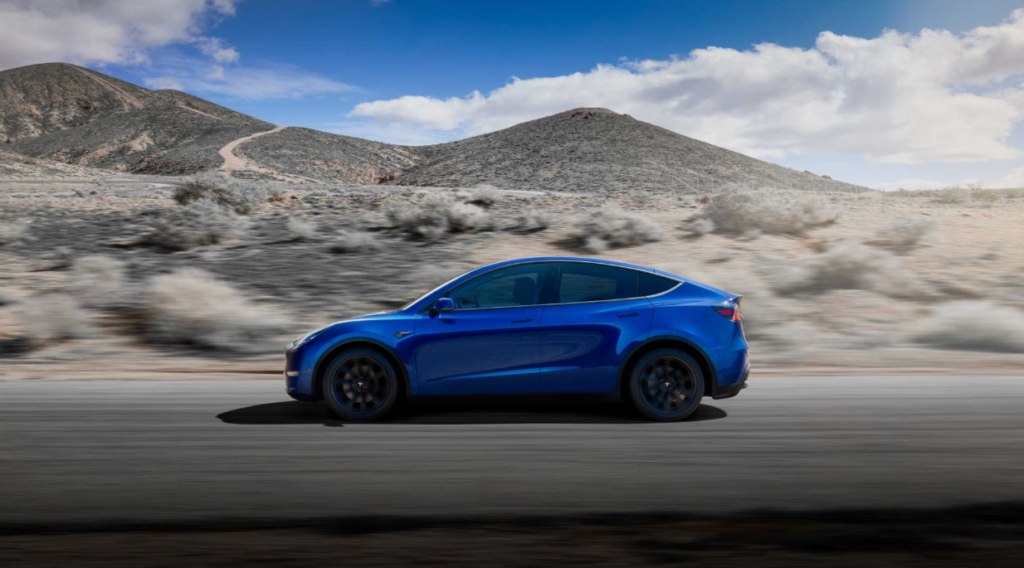 Tesla Model Y Not A Crossover, But A Tall Sedan: Says Designer

As we all know, the lines between vehicle classes are completely blurred these days.

While the Tesla Model 3 may be the best thing that ever happened to Tesla, the new American automaker is still struggling, as expected. Perhaps a small crossover or even a pickup truck should have come first? We ask this since the SUV and truck segment in the U.S. is immense, to say the least.

Tesla talked about a Model Y crossover for some time before it finally revealed the concept vehicle. Early on, CEO Elon Musk shared that it would be on an all-new platform. However, over time, the story changed. When the Model Y debuted it came as essentially a raised and enlarged Model 3.

Let’s not discount this plan right away, however, since almost every legacy automaker currently builds crossovers on one or more of its car platforms. However, according to Musk, the Model Y is about 75 percent Model 3. Even the cars’ look and body style are so much the same that some people have trouble differentiating between the two.

“Kim Reynolds: Hi Tom. So here’s my big question: How would you identify this thing? A tall sedan? Or a crowd-pleasing crossover?

Tom Gale: I don’t see it as a crossover at all. In fact, I think a lot of people are going to miss it on the road. Just today I saw a Model 3, and it really is a testament to how well they’ve evolved the proportions of Tesla’s design. The same is true with the Model Y, but to me, this is just a sedan being taller.”

Gale says he would have loved to see Tesla really put its design efforts into play here. However, he does realize the Silicon Valley automaker’s constraints at this point.

Reynolds points out that when it comes to EVs, battery packs are expensive, thus efficiency is paramount. He’s seen many other EV startups struggle, delay, or never make it out of the gate. Interestingly, Gale does reference Rivian in the interview.

Gale seems impressed to see what Rivian aims to do with a more boxy, traditional truck and SUV. This is somewhat expected since he was once on Rivian’s board, but still means a lot coming from an auto designer. Gale shares about the company’s products:

“I’m no longer on Rivian’s board, but I’ll tell you that it’s far more efficient than it looks. Look—this is the designer in me talking so take it with a grain of salt—I wouldn’t compromise for a few minuscule points of aero. As important as they are, you’re going to throw the baby away with the bath water because the public’s consideration is the most important thing.”

Still, Gale says Franz von Holzhausen’s job is not easy. He praises the car overall. He just says that if it were him designing it, he’d question the Model Y’s roofline and hatch functionality. Gale also thinks some redesign to the front end, to make it more characterized, could help overall.

In the end, Gale points out the early renderings of the Model Y were nearly spot on. This means the Tesla crossover may well be the most predictable future car yet. But, hey, if it sells like hotcakes regardless of its classification, none of this really matters, right?

Op-Ed: Why I’d Still Choose A Tesla Model 3 Over The Model Y

Near-future quarterly financial projections Q2 GAAP Estimate: With the deliveries now known, I am showing GAAP Income of $65m. There are still many wild cards (Regulatory Credits, FSD, etc). Thi... Post by: The Accountant, Yesterday at 7:51 AM in forum: TSLA Investor Discussions

MCU1 to MCU2 upgrade - technician skipped screen r... @ecampi, There's an owner on the TM S forum saying today and yesterday that he is 70th in line waiting on a re-manufactured MCU1. 70th in line ac... Post by: Akikiki, Yesterday at 2:04 PM in forum: Model S

FSD saved us from being crushed by a semi First post and first near death experience in our Model 3 (purchased in March), and I’m seriously impressed by the way Autopilot (and some luck?) help... Post by: scottiev, Monday at 7:30 AM in forum: Autopilot & Autonomous/FSD

Coronavirus Elon Musk needs to grasp the concept (although he will stay wilfully ignorant) of the saying in science/academia: “Opinions are like a**holes, everyon... Post by: Nuclear Fusion, Yesterday at 11:13 AM in forum: TSLA Investor Discussions

Eco Hitch or Stealth Hitch....or other? Hey guys. I've decided to hold off on the Y and wait for the Cybertruck. In that case I need to fix the only issue I have with my Model 3, not be ... Post by: phantasms, 56 minutes ago in forum: Model 3

Persistent beeping after firmware update My 2013 Model S received an upgrade to 2020.24.6.1 last night. This morning when I went out to the vehicle, it's beeping from somewhere in the in ... Post by: Gizmotoy, Today at 7:44 AM in forum: Model S

A Dark Night...All Alone At a Supercharging Statio ... If you are a woman (or man, I suppose) who find yourself all alone at a supercharging station unexpectedly late at night in the middle of nowhere and ... Post by: LoveMX, Yesterday at 5:31 PM in forum: Model X

How to change Clock date? While changing the time is easy...I'm having difficulties to find how to change the date, which doesn't show the correct date anymore. I wou ... Post by: thomas.rueesch, Wednesday at 3:06 AM in forum: Roadster 2008-2012