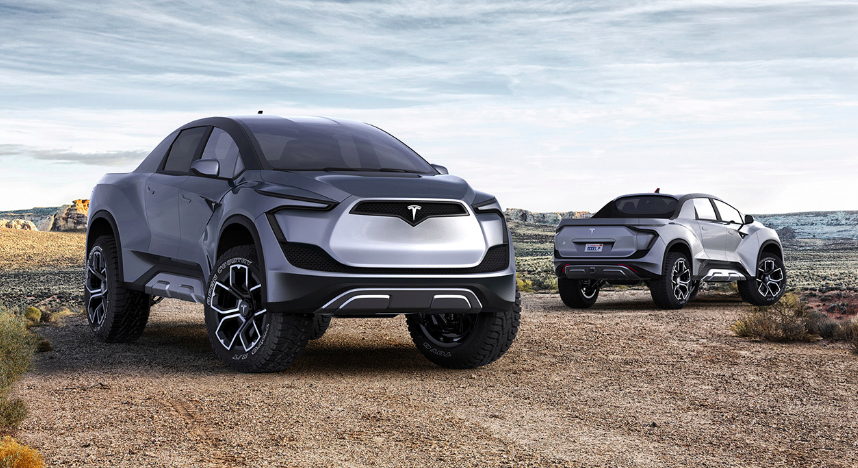 The upcoming Tesla pickup would have a starting price of $49,000 or less, Chief Executive Elon Musk said in a podcast interview.

Speaking on the “Ride the Lighting” podcast, Musk said the company hopes to offer the vehicle at “well under” $50,000.

“You should be able to buy a really great truck for $49k or less,” Musk said.

During Tesla’s Q4 2018 investor conference call, Musk said a Tesla-badged pickup truck may be ready for an unveil “this summer.”

Musk has described the truck as “futuristic-like cyberpunk,” offering features like “crazy torque” and room for six passengers. He has also suggested 400 to 500 miles of range or “maybe higher.”

Tesla’s proposed pricing for the pickup would undercut others racing to market with an all-electric pickup, such as the Rivian R1T that starts at $69,000.

Musk has admitted that some consumers may not appreciate the pickup’s aggressive design, however Tesla hopes to build a truck that’s a mix of Ford F-150 functionality and Porsche performance.

“It’s going to be a truck that’s more capable than other trucks,” Musk said.

Listen to the full interview here.

Papafox's Daily TSLA Trading Charts PapafoxWere shareholders running for the exits? After a drop of over $21 for the day, I see that volume was a very moderate 13.8 million shares, which... Post by: Artful Dodger, Yesterday at 7:19 PM in forum: TSLA Investor Discussions