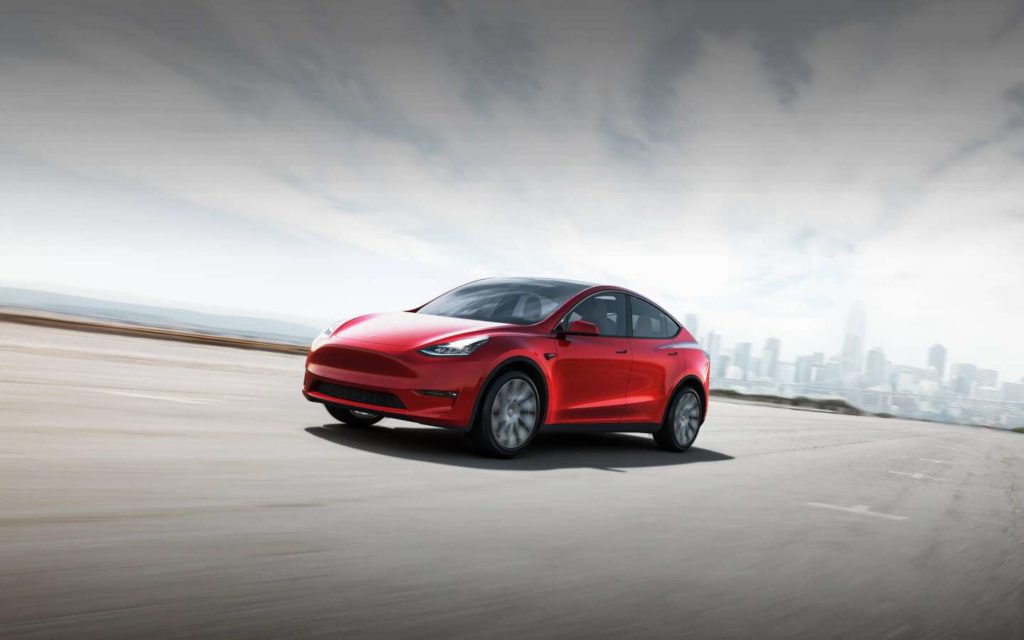 Tesla’s first shot at a mass-market EV was definitely the Model 3, which was not only the best-selling electric but also the best-selling luxury car in America last year. But, it’s the upcoming Model Y and it’s appeal to people’s preference for crossover SUVs that the company is betting to be its biggest hit.

“I think it’ll be really compelling. I’m confident that it’ll be – of any midsize SUV – it’ll be the one you want,” Musk said during the Model Y presentation in March. “I think we’ll probably do more Model Ys than S, X, and 3 combined, most likely.”

Tesla employed a similar production plan with the Model 3, selling more expensive versions that cost nearly double the promised budget price of $35,000. Those budget Model 3s didn’t start being delivered until the end of March and it stressed Tesla to the max, requiring layoffs and significant changes in company operations. Still, even with its production woes, there’s no denying that the Model 3 has been wildly popular. Bloomberg estimates Tesla has produced more than 420,000 Model 3s.

The Model Y, which is built using about 70 percent of the same parts as the Model 3, is not expected to have such a rocky first production run. It’s also a class of vehicle that consumers demand and are willing to pay a premium for.

“SUVs are the growth engine behind the global auto market and we think there is little chance of this trend reversing,” Jeff Schuster, president of Americas and global vehicle forecasting at LMC Automotive, told Quartz. “Globally, we see SUVs closing in on 40% of the market by 2025. And from now until then, SUVs will account for nearly half of all new vehicles and redesigns.”

Some argue that the Model Y is not a true SUV, rather a tall sedan. During a recent interview, Car and Driver testing driver Kim Reynolds asked celebrated Chrysler car designer Tom Gale – who helped design cars like the Plymouth Prowler, 1994 Dodge Ram pickup series, the Dodge Viper, and the Lamborghini Diablo, what he thought about the Model Y.

“I don’t see it as a crossover at all,” Gale said. “ In fact, I think a lot of people are going to miss it on the road. Just today I saw a Model 3, and it really is a testament to how well they’ve evolved the proportions of Tesla’s design. The same is true with the Model Y, but to me, this is just a sedan being taller.”

Musk almost agreed with Gale during a recent episode of the Ride the Lightning podcast.

Musk even said he downplayed the Model Y at launch.

“I intentionally didn’t go all out with the Model Y reveal because I didn’t want to convince people to buy a Y instead of a 3,” Musk said on the Ride the Lightning podcast. “So if everyone just decided ok we’ll just buy a Y instead of a 3 then we wouldn’t have any customers and there would never be a Y because we wouldn’t be able to float the company. So I was kind of, like, medium in presenting the Y but I think when people get it the reaction will be better than they think. It really just if you want an SUV and are prepared to accept a slight cost increase and a slight range decrease then that’s great. The advantage of a sedan is that it’s going to cost a little bit less and it will have a little more range. So it just depends if you want a sedan or an SUV.”

Of course, Tesla already has an SUV with the Model X. But, it starts at about $90,000, certainly not a price tag approachable by many. The average price paid for a vehicle last year was $32,500, according to JD Power.

“With Model Y we wanted to avoid the technology bandwagon with the X, where It should have been easy to go from the S to the X and instead it was hell because there were so many new technologies,” Musk said on the Ride the Lightning podcast. “We didn’t want that to be the case and it would be too risky for the company to do that with the Model Y. So we’ve tried to make the car as similar to the 3 as possible, except to the degree that a change is necessary to achieve SUV functionality. So you’ll be able to fit seven people and have a higher ride height, more cargo capacity while still having a low drag coefficient and not increasing the frontal area too much so CDA (Cross Directional Area) and mass are close enough to the 3 that the range is only affected by 8-10 percent. The CDA is worse with the Y because CDA is higher.”

With a less complex build and a lower price tag, the Model Y will be within reach for many more SUV buyers. The long-range Model Y with 300 miles of range will come first in the fall of 2020 with a price of $47,000. Tesla will also offer an all-wheel drive dual-motor version for $51,000 and a performance version for $60,000.

Tesla has said it expects the demand for the Model Y of between 500,000 to 1 million units per year. In its Q4 2018 shareholder’s letter, Tesla said it plans to achieve “volume production by the end of 2020.”

Tesla’s “default plan” is to produce the Model Y at its Fremont, California factory, Chief Executive Elon Musk disclosed in the Ride the Lightning interview.

The move would put assembly of all Tesla’s offerings under one roof – Model S, Model X and Model 3 are also built in Fremont. It seems like tight quarters for such an aggressive manufacturing plan for the Model Y, particularly given that high demand for the Model 3 forced Tesla to erect tents in the parking lot of the Fremont factory to finish production of some cars. You have to wonder if the Fremont plant will be put under similar strain if the Model Y meets expectations.

While we know there’s consumer demand for compact SUVs, it’s not clear how quickly consumers will opt for an electric version. Model X demand seems to have leveled off and other new electric SUV models from Audi, Jaguar, and Hyundai have not had gangbuster sales.

The fact that so many established automakers are jumping in the ring, may have already proven the Model Y a success in Tesla’s mission to transition the world from fossil fuels to renewable energy. Not only are many automakers building electric cars, but also electric SUVs. But, Tesla is going to have to deliver on delivering the Model Y if it intends to have a company that sustains, let alone a mass-market hit. Fortunately, the vehicle has much of what consumers crave today and will increasingly want in the future. 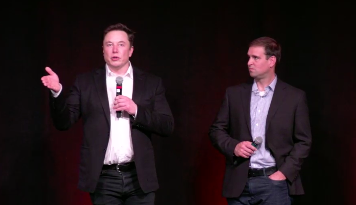 Black MCU, many features unavailable on towing roa... @ohmman Dont try to pull the fuse or negative until your ready to go home. Once you remove the power to reset the system in attempt to bring back the... Post by: EV-Fixme, Today at 6:48 AM in forum: Model X

Ticket for Lane change OMG. Found all the clips. The car behaved impeccably. I have reviewed all the cameras. The car never got anywhere near cutting her off. She was not in... Post by: des16, Yesterday at 11:15 PM in forum: Model 3

Ticket for Lane change OMG. Found all the clips. The car behaved impeccably. I have reviewed all the cameras. The car never got anywhere near cutting her off. She was not in... Post by: des16, Yesterday at 11:15 PM in forum: Model 3

Tesla acting strange today I pull out my phone to use summon to reverse my car out of our crowded garage, the app forces me to log back in and says I will lose all data if I do ... Post by: Gize, Today at 8:14 PM in forum: Model 3

After FSD 3.0, Summon accident!!! Crashed my bumpe ... This was happened today in a very empty parking lot, I was stoned when this was happened!! I was picking up my food in at local food square. Then I wa ... Post by: Hwood, Today at 5:06 PM in forum: Model X