In Search For Optimal Cruising Speed Of Tesla Model 3: Video

Preparing for long distance travel, one of the main questions is the optimal speed of driving. Higher speeds increase energy consumptions and shorten range (more or longer stops at the fast chargers). Another level of complexity is that charging speed usually isn’t constant, so it might be worth it to charge only up to 60-70%, instead of to let’s say 80%.

Taking the speed limits aside, the fastest way to travel over a long distance is to set 190 km/h (118 mph) and Supercharge from 10-60% SOC, which is in line with Fastned’s Model 3 charging chart.

We would move even further and say that a speed of 130 km/h (81 mph) is a very good choice because after including charging, speed of 150 km/h (15% higher) is just 6.8% quicker, while 190 km/h (46% higher) is just 12.1% quicker. Driving significantly slower doesn’t make us much slower in the final analysis, while it increases safety and allows to stop fewer times (energy consumption is almost 38% lower than at 190 km/h). By the way, 130 km/h (81 mph) fits many European highway speed limits.

You can also charge to 70% SOC instead of 60%, the difference is marginal.

The results can change in the future when the charging power will increase up to 250 kW. The quicker the charging is, and the more chargers along the route to choose from, the higher the optimal speed can then be.

: Model 3, Performance, Supercharger
Previous Post Tesla Model 3 Charges Up To 20-25% Quicker At V2 Superchargers Next Post SpaceX Prepared for ‘Most Difficult Launch Ever’ 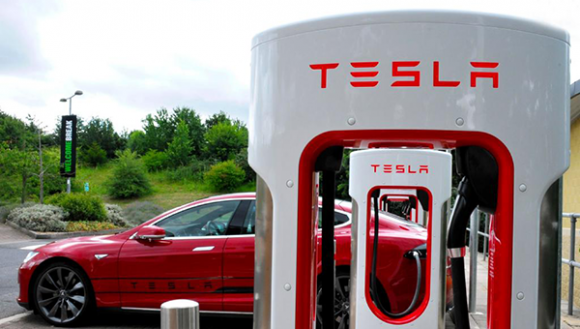 Tesla to Give Free Supercharging, Extra Range to Owners in Path of Dorian

Papafox's Daily TSLA Trading Charts View attachment 511291 To understand my thinking you need to release any preconceptions that Wall Street is an honest casino. Now that you've che... Post by: Papafox, Yesterday at 1:17 AM in forum: TSLA Investor Discussions

Appt for HW 2.5 to 3.0 Retro tomorrow. Should I? Borntooxlr8How are you all requesting the upgrade?The correct way to schedule is through the smartphone app. If your unit has not arrived, the SC will... Post by: DCGOO, Today at 7:21 AM in forum: Model X

Kelso, WA Supercharger (Longview location on Tesla... Update as of 1745 Saturday 15 February: Construction at Kelso is confirmed. Appears to be 1 pull in and 11 back in spots in (as previously reported) t... Post by: B2writer, Yesterday at 7:05 PM in forum: Northwest

Used P100DL or new model Y performance Model Y will be around 10k less but they are in the same ballpark cost wise. Which would you go with and why. Post by: gigawhattt, Today at 11:17 AM in forum: Model S

Double-DIN Dash Replacement by Carl Medlock I love my Roadster #609. I really want to keep it as an original. But there are a number of things that annoy the hell out of me. So I took it to Carl ... Post by: IslandRoadster, Feb 9, 2020 in forum: Roadster 2008-2012