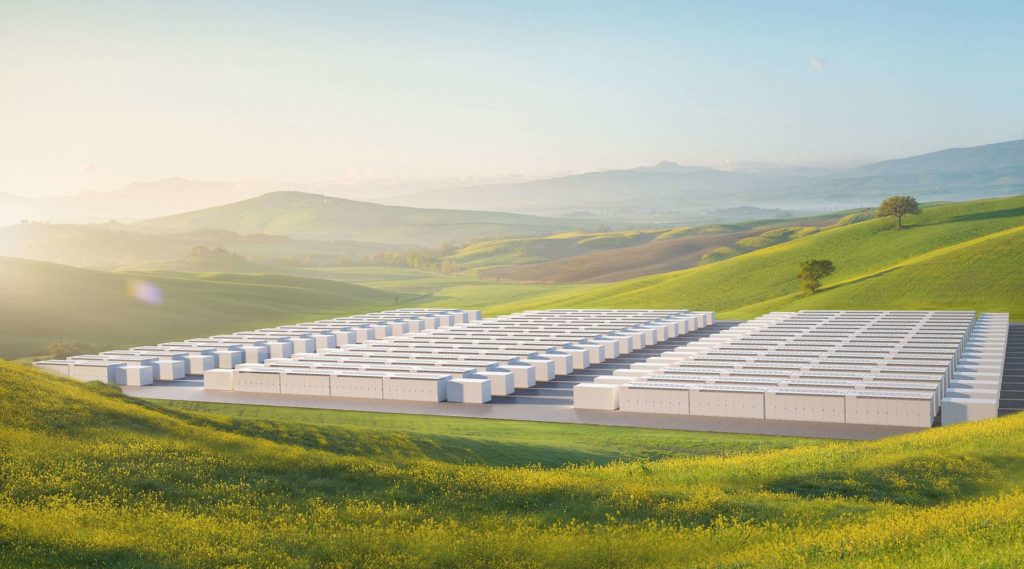 To install more systems at the scale of Hornsdale, Tesla built the Megapack. It’s now the third and largest system offered by Tesla, which includes the residential Powerwall and the commercial Powerpack systems.

Each Megapack comes from the factory fully-assembled with up to 3 megawatt hours (MWhs) of storage and 1.5 MW of inverter capacity, building on Powerpack’s engineering with an AC interface and 60% increase in energy density. Using Megapack, Tesla can deploy an emissions-free 250 MW, 1 GWh power plant in less than three months on a three-acre footprint. Megapack can also be DC-connected directly to solar, creating seamless renewable energy plants.

Tesla developed its own software in-house to monitor, control and monetize Megapack installations. All Megapacks connect to Powerhub, an advanced monitoring and control platform for large-scale utility projects and microgrids, and can also integrate with Autobidder, Tesla’s machine-learning platform for automated energy trading. Tesla customers have already used Autobidder to dispatch more than 100 GWh of energy in global electricity markets. The Megapack can also receive updates via a combination of over-the-air and server-based software updates.

Musk Says All Superchargers Being Coverted to Battery/Solar Power

Frunk latch - seizing A few months back my frunk latch wouldn’t “pop” open and I thought it was because some cloth got jammed up into it. Just to be safe, I lubricated it a ... Post by: Struja, 8 minutes ago in forum: Model S