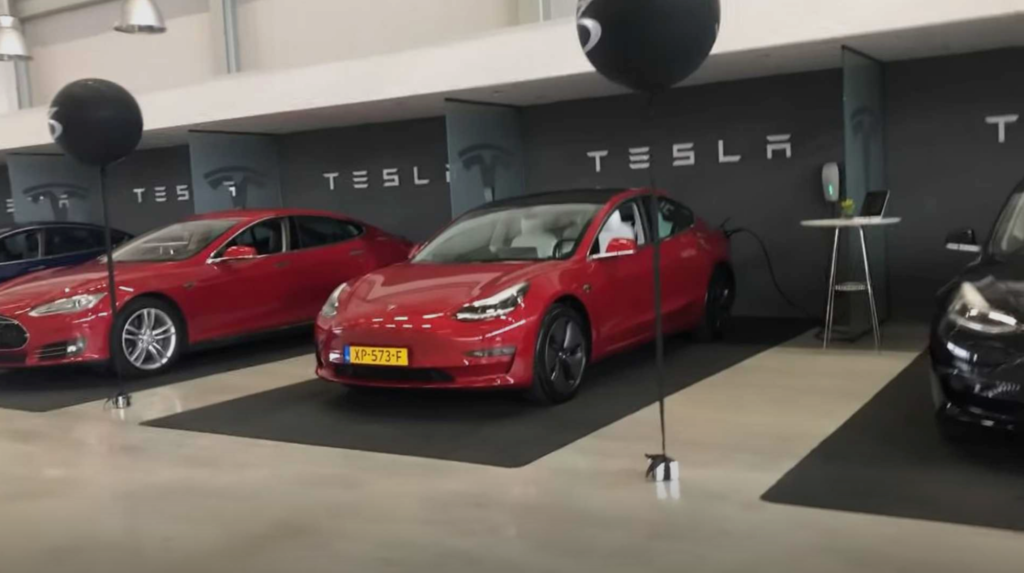 Tesla Model 3 Is Now #1 Selling Car In The Netherlands

Volume deliveries in September already bumped the cumulative number to over 10,000.

Tesla Model 3 was already one of the top-selling passenger cars in the Netherlands, ending August with some 7,833 registrations.

Thanks to another end-of-the-quarter delivery rush and a further 2,261 registrations already noted this month, the Model 3 crossed 10,000 (10,089 according to kentekenradar.nl) and became the best-selling passenger car!

With probably another 1,000 Model 3 to be registered by the end of September, Tesla Model 3 should be noticeably ahead of the second place Volkswagen Polo (9,529) and third place Ford Focus (8,265).

The Netherlands, as always is one of the strongest markets for Tesla and, in general, for plug-ins. It’s now the second country after Norway where Tesla Model 3 is #1. In Norway, Tesla’s lead is higher and has been maintained for over a few months already.

Tesla Model 3 success in Europe is one of the pillars of strong growth of the entire BEV market. Hopefully, more countries will follow Norway and the Netherlands.

Model Y delivery yesterday - few thoughts relative... Had a long range Model Y on order and heard that the local SC had a few Y's that had become available. The long range in Midnight Silver was clai... Post by: WolfieSenior, Sunday at 10:41 AM in forum: Model Y

Papafox's Daily TSLA Trading Charts Not to be rude, but posts unrelated to Papafox's daily trading posts are usually done in the other threads such as the roundtable. If there is a... Post by: BLSmith2112, Today at 9:15 AM in forum: TSLA Investor Discussions

Coronavirus I ventured out to the food store, last nite, for the first time in almost 3 weeks (wow). the world changed out from under me! what was once a 24 hour... Post by: linux-works, Yesterday at 4:34 PM in forum: TSLA Investor Discussions

Autopilot drove me off the road, the day after I g ... I was driving down a main town road in my SR model 3 that I bought literally the day before, and where the road split autopilot couldn't decide w ... Post by: adrientheman, Today at 10:59 AM in forum: Model 3

Lease return charges $ 3000 but Autovin inspection ... Hello, We got inspection done for leased Model S with Autovin before we physically returned the car to near by service center. On inspection day, the ... Post by: artvic479, Yesterday at 5:42 PM in forum: Model S