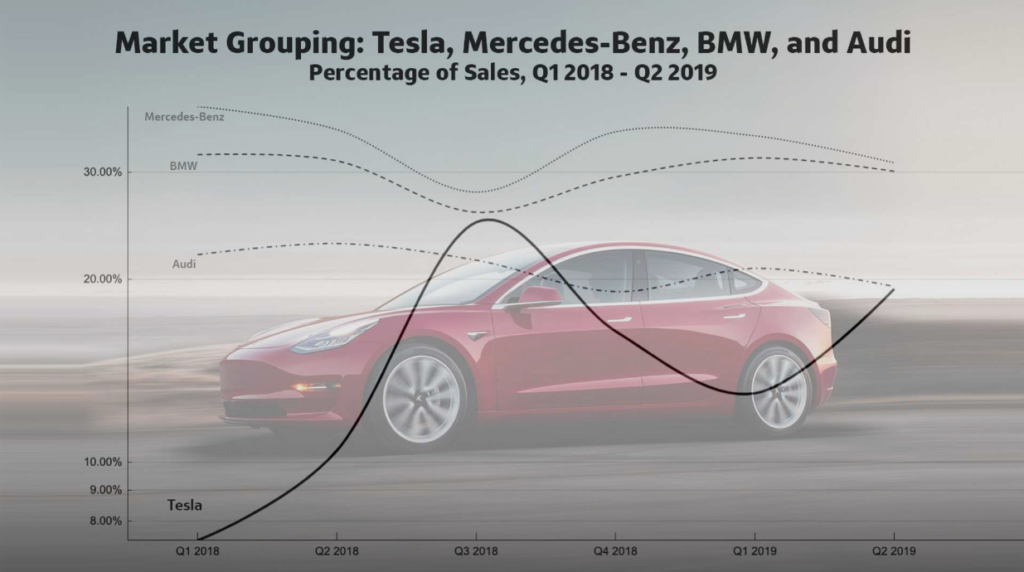 A study from Capital One shows some of these luxury cars lost 30 percent of their value.

Everyone that follows car news knows Tesla has made a considerable impact on premium carmakers. Most of them are now developing fully electric sedans or SUVs just to have something to compete with the American EV manufacturer.

But how huge was this impact? Capital One, a company that deals with financing cars, has made a study and discovered it was so impressive it even deserved a proper name: The Tesla Effect.

The Tesla Effect Is Making Luxury Cars Lose Value Faster Than Ever
This phenomenon has a simple explanation. People that used to buy new cars from Mercedes-Benz, BMW, or Audi now want a Tesla. So they are trading in their vehicles from these brands to have their new EVs. But the demand for these brands has not increased.

If you are familiar with supply and demand laws, you already know what this means: severe devaluation of cars from these European luxury brands. To measure it, Capital One used the Manheim Market Report.

One of the largest auction companies in the world, Manheim is part of Cox Automotive, a company that recently announced an investment of $350 million in Rivian. We bet the large holding realized The Tesla Effect before its christening. And that it bets Rivian will have a similar performance.

The Tesla Effect Is Making Luxury Cars Lose Value Faster Than Ever
The Tesla Effect would be beneficial to used car buyers. They can now get luxury cars for much lower prices. For our readers, that is not precisely good news unless they already own an EV.

If they want to buy one, they will probably suffer The Tesla Effect. They are the ones that – as Capital One puts it – will “take a brutal hit in depreciation.” Consequently, they are the ones that will allow other people to buy a Mercedes or a BMW for the price of a Toyota Camry.

Capital One does not mention that, but this will inevitably affect non-premium cars. Anyone willing to sell a Camry will have to price it for much less. That will cause a chain reaction that will make all ICE vehicles feel what luxury cars are now having to put up with.

An interesting aspect of the study is the change in the perception of luxury. Rather than leather or equipment, it now relates to technology. Capital One defines it like this:

“Unlike the luxury cars listed above, nearly every Model 3 sold today has self-driving software that allows the car to automatically change lanes and even be summoned out of a garage or parking space. Luxury through a Tesla lens is in the car’s ability to take over some of the more boring aspects of driving.”

That puts into the right perspective why the Royal Mansour Palace Hotel plans to replace its Bentley shuttle units for the Model X. Did you realize why buying an EV is a wise choice? If not from an environmental point of view, from a financial one.

Upgrade to FSD before increase? On the highway AP is great. In part because it works well and in another part because its a relatively organized and orderly process. Driving around t... Post by: AdamVIP, Yesterday at 6:35 AM in forum: Model 3

Model S inside console wrap So I am in process of wrapping my Tesla model S but I’m stuck on removing the console opener where the USB ports are. I did the one slider cover above ... Post by: ADEEL421, Today at 1:37 PM in forum: Model S