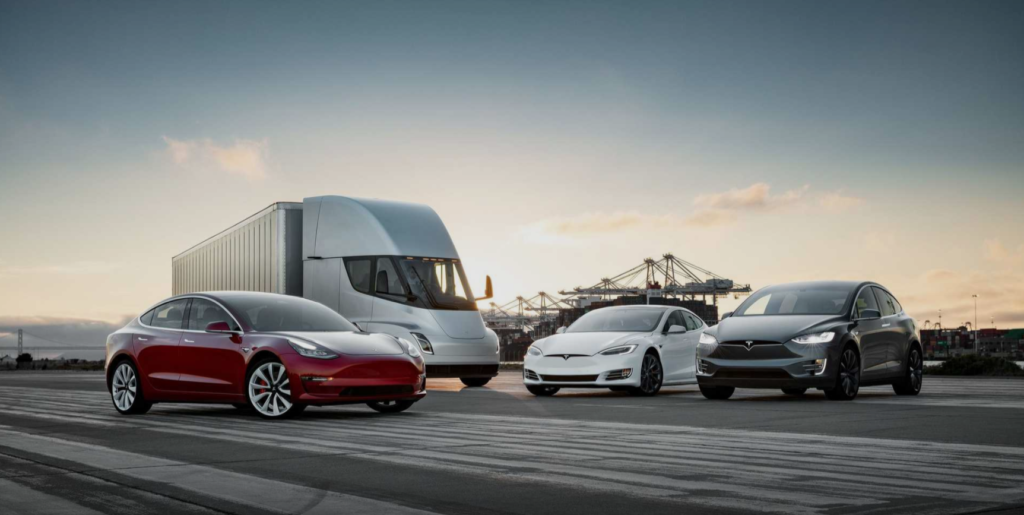 This month Tesla‘s stock prices reached a new high of close to $500 per share, which is more than twice the level it was around three months ago.

In effect, also the company’s stock market value shot to a new high of more than $88 billion, which might be more than any U.S. automaker ever.

In terms of revenues, Tesla is not yet even at one-tenth of the combined results of General Motors and Ford. Also, the number of car deliveries are tiny in comparison, as GM and Ford delivered in 2019 several million cars in the U.S. alone, compared to Tesla’s 367,500 globally.

Reuters’ article points out that Tesla’s is valued more like a tech company, rather than a car company. The strong Q4 delivery results, expected profitability (in Q4 and 2020), most recent launch of Gigafactory 3 in China and tons of new projects in the pipeline, triggered the stock rally.

For comparison, GM stock didn’t change much over the 12 months, while Ford improved 10%.

“It’s clear that Tesla is back to being a story stock and there’s a lot of good news out there. But there are still some problematic issues out there, chief among them is what will its sustained profitability look like, and when will it start to be valued like a car company and not a tech company.”

GM and LG to Partner on Battery Factory

Coronavirus renimI really don't trust the Chinese numbers. Too many videos of Wuhan welding doors shut to trust Chinese numbers there must be many many death... Post by: Causalien, Today at 12:36 AM in forum: TSLA Investor Discussions

Coronavirus This one is on wikipedia and hasn't been updated recently, does anyone feel like finding the updated copy from the Italian source? Post by: dhanson865, Yesterday at 10:03 PM in forum: TSLA Investor Discussions

Coronavirus I would strongly suggest that we not get hung up on debating or trying to estimate IFR or CFR. None of us in this forum have the data or experience to... Post by: jhm, Yesterday at 3:28 PM in forum: TSLA Investor Discussions

Full self driving FSD group buy? What's the chance we could get a group buy together for FSD? Really wished I got FSD when they had it discounted last year (only bought autopilot... Post by: molder101, Yesterday at 5:54 PM in forum: Model 3

Death rattle fix estimate cost for a 2020 LR? I have an appointment for the 31st of March and I just noticed that Tesla sent a pre estimate for approval of $97.00 dollars Is that the diagnostic ch ... Post by: MrKool, Today at 9:19 AM in forum: Model S