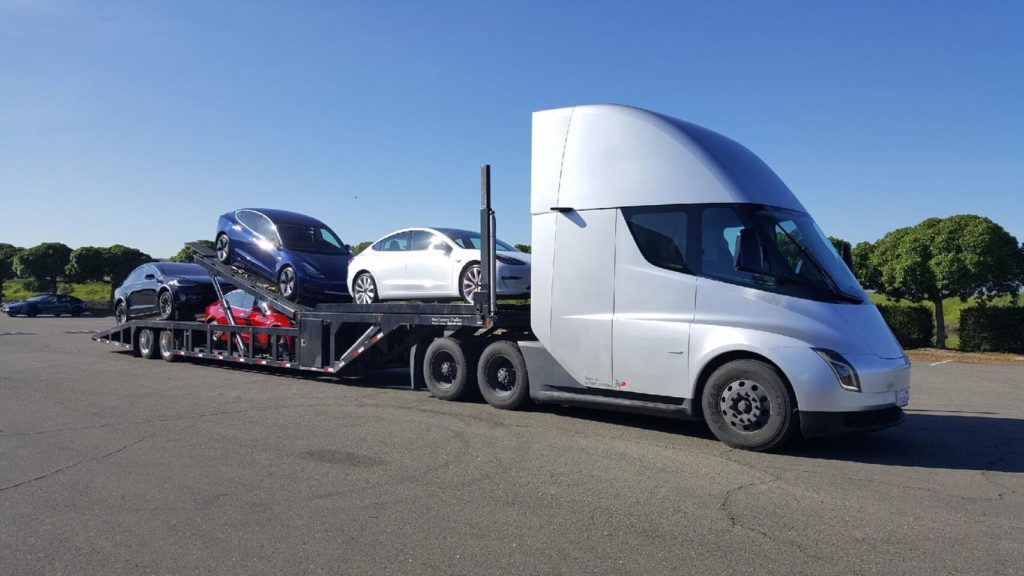 Report: Tesla Semi Production to Begin in Second Half of 2020

Tesla reportedly sent a notice to Semi reservation holders that the all-electric big-rig will go into production in the second half of 2020.

The leaked email was shared to Twitter, the user saying it was distributed in a newsletter to reservation holders.

The Semi was first shown to the public in November 2017. Tesla targeted a release date of late 2019.

Chief Executive Elon Musk has said the Semi will perform even better than the first specs announced.

Tesla has said it has orders for more than 2,000 Semis. Customers who plan to add the Tesla trucks to their fleets include UPS, PepsiCo, Walmart, and Anheuser-Busch, among others.

Coronavirus Daily numbers are in. Japan: Decent. Good trending on South Korea, but it's still way too soon to make too much of it. Lots of cult members left... Post by: KarenRei, Yesterday at 6:01 PM in forum: TSLA Investor Discussions

Papafox's Daily TSLA Trading Charts View attachment 514950 Over the weekend word came out that the coronavirus had made significant inroads to Italy and Iran. This news set the market to... Post by: Papafox, Yesterday at 11:09 PM in forum: TSLA Investor Discussions

Reduced Range - Tesla Issued a Service Bulletin fo... I'm sure replacing the battery would get a lot of these people to calm down. Post by: fr100, Yesterday at 5:42 PM in forum: Model 3

Hepa Filter after 70,000KM (3 years and 8 months) Just thought to show what does our Hepa filter looks like after 70k km of city driving in urban area. Pretty disgusting if you ask me! Filter was $290 ... Post by: xG35, 1 minute ago in forum: Model S

2020 Roadster was removed Why is the new roadster removed from the Tesla website? Post by: Ian Spencer, Yesterday at 8:26 PM in forum: Roadster 2020+