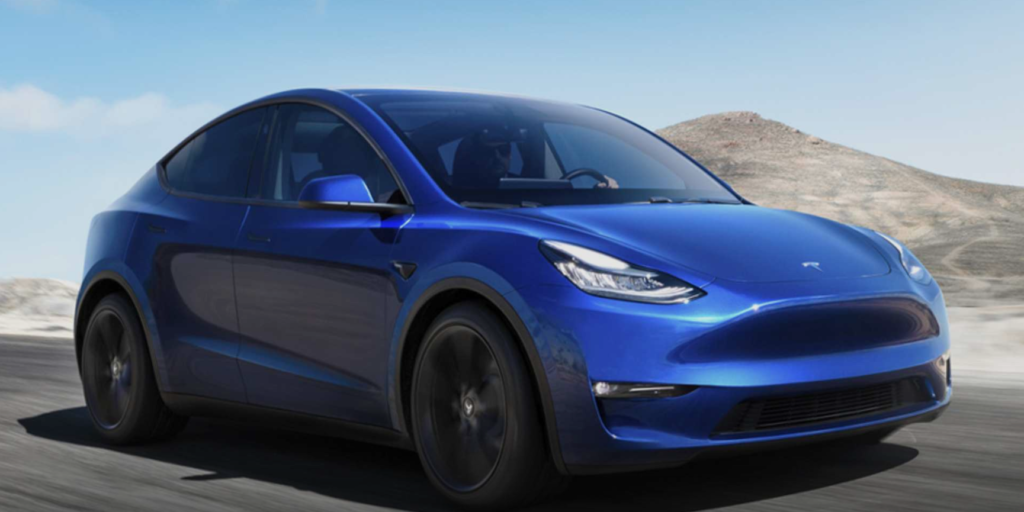 Bozi Tatarevis (@hoonable) recently posted information based on a California Air Resources Board (more commonly know as CARB) release related to its certificate for the Tesla Model Y. What does this mean?

Well, it could mean that Tesla is set to produce and deliver the Model Y way ahead of schedule. This information could also be seen as one of the many reasons Tesla stock is soaring. In addition, when considering the Silicon Valley automaker’s past, if it all plays out, this could be seen as a major achievement since Tesla has indefinitely been behind on its promises in the past, and especially those promises as stated by CEO Elon Musk.

So, can and will Tesla Model Y deliveries in the U.S. begin as soon as next month? It’s really hard to say here. However, for the sake of comparison, Tesla signed the CARB certificate for the Model 3 Long Range on July 3, 2017. The first Model 3 sedans were delivered less than a month later, on July 28.

It’s also important to note, the CARB certification data suggests the upcoming Model Y’s range could hit some 309 miles, as opposed to Tesla’s website, which shows just 280 miles of range. Keep in mind that all of this is just preliminary at the moment. When we learn more, we’ll either update this post or write another.

Let us know your thoughts in the comment section below.

: Delivery, Model Y, Range
Previous Post Report: Tesla Semi Production to Begin in Second Half of 2020 Next Post Tesla Adjusts Supercharging Cost To Include Vehicle Use While Charging

Papafox's Daily TSLA Trading Charts View attachment 513330 We did see our initial mandatory morning dip right after open. It was a small one and TSLA recovered quickly to above 900. Alas... Post by: Papafox, Yesterday at 8:15 PM in forum: TSLA Investor Discussions

What other tech stock to consider? OK, here's a much longer investment thesis thingy. tl;dr: get off your butts and start researching other stocks in addition to Tesla. I've b... Post by: Cosmacelf, Yesterday at 2:11 PM in forum: TSLA Investor Discussions

What to spend new TSLA wealth on (out of main) Cherry WinePLUS: TSLA stockholders cashing in for Teslas. I can't have been the only one.Just upgraded my 2015 Model S to Long Range Model S. Can... Post by: tslagreen, Yesterday at 4:52 PM in forum: TSLA Investor Discussions

What to spend new TSLA wealth on (out of main) Cherry WinePLUS: TSLA stockholders cashing in for Teslas. I can't have been the only one.Just upgraded my 2015 Model S to Long Range Model S. Can... Post by: tslagreen, Yesterday at 4:52 PM in forum: TSLA Investor Discussions

What to spend new TSLA wealth on (out of main) SpaceCashEverything is going super fantastic and, as even that one bearish analcyst admitted, there are no major plausible negative events that can re... Post by: pz1975, Yesterday at 4:52 PM in forum: TSLA Investor Discussions

Summon Failure? OK we have only had our car for a couple weeks and I decided to try the summon feature to back the car out of my garage and back along the straight dr ... Post by: Calaban, 1 minute ago in forum: Model 3

Tesla Service Center Experience Service: MCU replacement So my WiFi and Bluetooth had been screwy since I got my pre-owned 2016 S75. The cars been great otherwise and the WiFi issue ... Post by: Christran12, Today at 10:35 AM in forum: Model S

HW2.0 to 3.0 upgrade - are Tesla in big legal & fi ... Tesla is getting faster with its Hardware 3 retrofits Comments section state they use black & white cameras & they haven’t figured out how to ... Post by: Nuclear Fusion, Today at 10:39 AM in forum: Model X