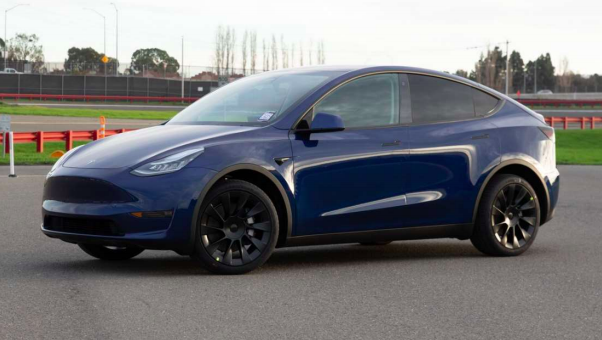 The Model Y is the next big thing for Tesla. Chief Elon Musk has said he expects the all electric SUV to outsell all of the automaker’s other offerings.

Among Tesla’s announcements during Wednesday’s Q4 earnings call were some exciting updates on the Model Y.

Tesla said in its Q4 update that Model Y production ramp started in January. Deliveries are are expected to begin in March, which is ahead of the company’s original delivery projections of fall 2020.

“The ramp of Model Y will be gradual as we will be adding additional machinery in various production shops,” Tesla said in its update. “After such expansions are done by mid-2020, installed combined Model 3 and Model Y capacity should reach 500,000 units per year.”

Tesla announced that it has increased Model Y all-wheel drive EPA range to 315 miles from 280 miles.

“This extends Model Y’s lead as the most energy efficient electric SUV in the world,” Tesla said in its update.

The Model Y will come standard with the 19-inch “Gemini” wheels, but there will be two more options.

A set of 20-inch “Induction” wheels can be added for $2,000 on the Model Y Long Range Dual Motor and Performance versions.

Additionally, Tesla has an option to outfit the Model Y with 21-inch “Überturbine” wheels, which resemble the “turbine” wheels first shown on the Model 3 prototype. The option is available as part of the Performance version, which also includes a higher top speed, performance brakes, lowered suspension, and aluminum alloy pedals.

How will you configure your Model Y?

"Warming up" when trying to use Smart Summon Hey Everyone, So.. I've never had this issue before when using Smart Summon. But when I try to activate it, I get a forever message of "Warm ... Post by: McFlurri, 36 minutes ago in forum: Model 3

6 sudden error messages My wife was driving the car today, and all of a sudden she got bombarded with error messages (see attached). Roadside assistance walked her through re ... Post by: chukiechz, 44 minutes ago in forum: Model X