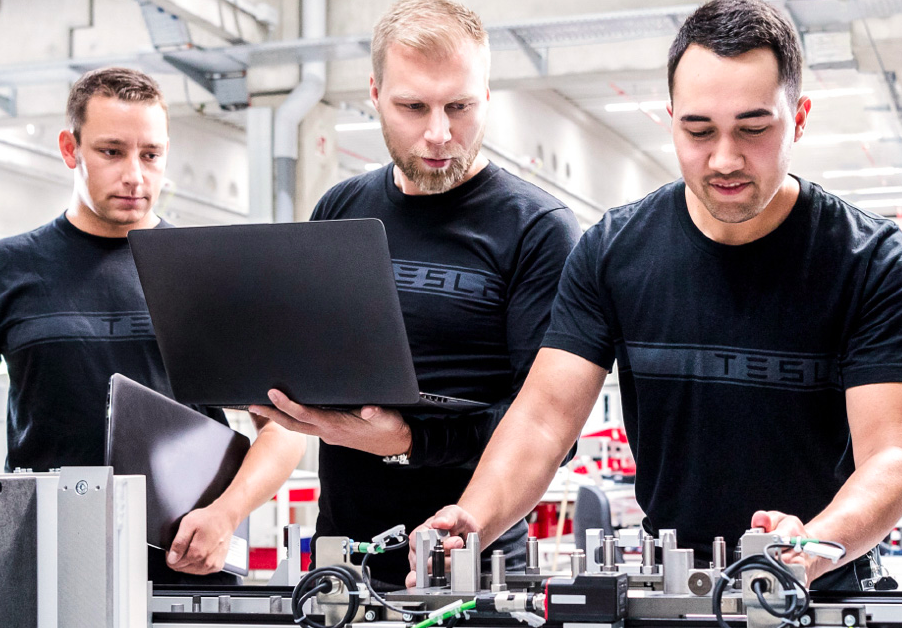 Tesla launched a new website Wednesday that offers some new details about its first factory in Europe.

Located in Grünheide and dubbed Gigafactory Berlin-Brandenburg, construction of the facility is expected to begin in 2020 with production targeted for 2021.

Phase 1 will focus on production of Model Y, with a target capacity of 10,000 vehicles per week.

“We estimate that during Phase 1, we will employ up to 12,000 people, with roles being filled by local residents and employees from wider Europe,” Tesla says on the site. “We want the best talent collaborating and working together to achieve the mission.”

Tesla currently operates an assembly facility for Model S and Model X in Tilburg, the Netherlands. In addition, Tesla Grohmann Automation in Prüm, Germany, specializes in automation of Tesla’s production processes. The company currently employs around 5,500 people in Europe.

A lower court told Tesla last week that it could clear the trees as it tries to ready ground for the factory build.

Tesla’s efforts to build a factory have been challenged by a group of environmentalists that say the factory could potentially pollute the area. Tesla said on its website that it plans to replant an area three times the factory plot, with mixed trees native to their habitat and the potential to become an old growth forest, while working with environmental and other expert groups for the best possible outcome.

Tesla also said that Gigafactory Berlin-Brandenburg will have a solar roof and ambitious ‘Energiewende’ objectives.

Musk: Giga Berlin to Be Constructed With ‘Impossible-Seeming Speed’

What’s Your Favorite Color for the Tesla Model Y?

Rear License Plate Frame I got my Red Beauty yesterday and I'm over the moon! She's absolutely wonderful. But.....minor problem. I can't get the license plate i ... Post by: Kat Jacks, 57 minutes ago in forum: Model 3

Tesla Insurance - first use/experience (minor) So we have 2 Teslas under Tesla Insurance - for the last 9months or so. Great price (40% cheaper than the Allstate insurance we were on for 15+ yrs). ... Post by: phaduman, Today at 1:47 PM in forum: Model S

First day problems cost me a garage door and sheet ... Pulled my brand new Model X into the garage, shaking my head at the warning message already on the dashboard saying that "Autopilot cameras not a ... Post by: outermagnolian, 5 minutes ago in forum: Model X