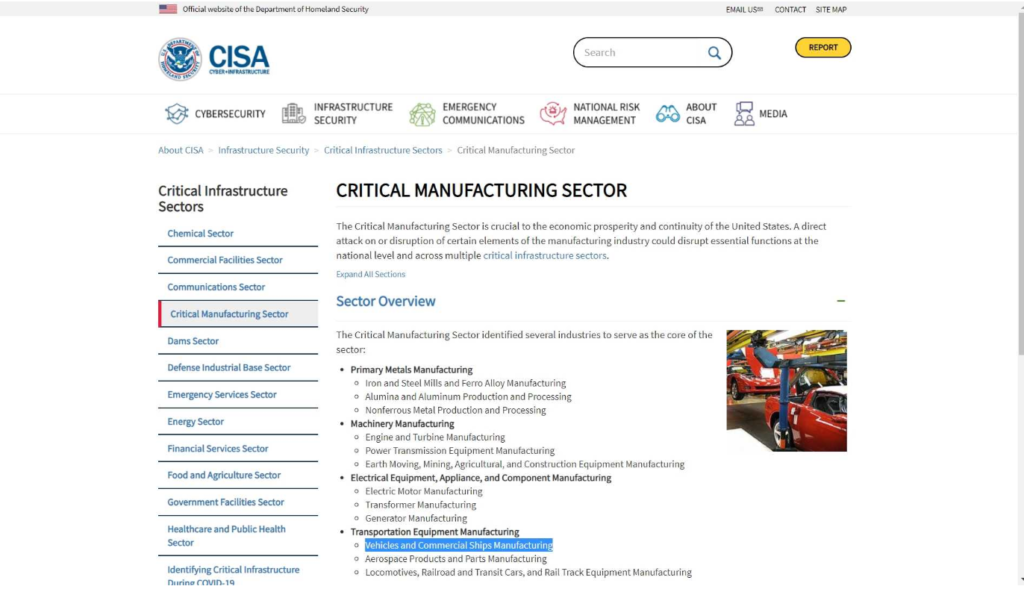 The company announced it would suspend making cars only at the end of March 23.

Tesla’s timing on this one may seem really unfortunate. When it announced it would finally suspend production, the governor of California, Gavin Newsom, almost simultaneously issued a “stay at home order” that obliges people living in that state to isolate. The only exceptions will be visits to gas stations, pharmacies, food, banks, laundry services, and workers in “critical infrastructure sectors,” such as health workers. Tesla will have to suspend activities right now, right? Wrong: it is included in the exceptions.

The “critical infrastructure sectors” are defined by CISA, or Cybersecurity and Infrastructure Security Agency, a federal entity. There are 16 of them:

As you may imagine, making cars would have to fit under the “Critical Manufacturing Sector.” According to CISA, it does. The agency mentions explicitly “Vehicles and Commercial Ships Manufacturing,” under “Transportation Equipment Manufacturing,” as critical. Here’s the definition CISA gives for that:

“The Critical Manufacturing Sector is crucial to the economic prosperity and continuity of the United States. A direct attack on or disruption of certain elements of the manufacturing industry could disrupt essential functions at the national level and across multiple critical infrastructure sectors.”

Legally speaking, not only Tesla is covered should it decide to continue producing cars. All 46 car factories in the US could carry on with production. In fact, this is probably what Tesla means to respect when it mentions it has “honored the Federal Government’s direction to continue operating.”

The problem is the nature of car manufacturing, which puts a lot of people together under the same roof: at least 2,500 in each shift, at least. CISA probably made these directives expecting disruption from an external enemy, not from a virus.

That condition made most carmakers decide to stop almost voluntarily – under pressure from UAW and public opinion. Tesla will also do that, but only from March 24 on. According to the company, not out of financial concerns.

“Our cash position at the end of Q4 2019 was $6.3B before our recent $2.3B capital raise. We believe this level of liquidity is sufficient to successfully navigate an extended period of uncertainty. At the end of Q4 2019, we had available credit lines worth approximately $3B including working capital lines for all regions as well as financing for the expansion of our Shanghai factory.”

With $8.6 billion available and the possibility to raise $3 billion more in case it needed, there does not seem to be any financial concern at all unless a will to present huge Q1 2020 numbers. Confronted with more pressing figures, such as 14,205 people infected in the US – 1,030 of them only in California – and 205 dead so far, we wonder who will celebrate them.