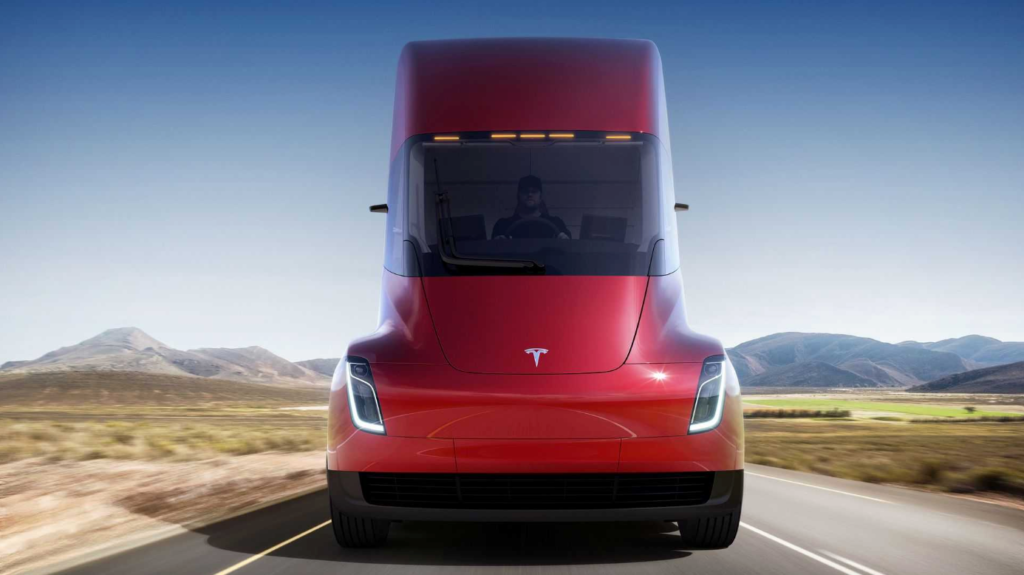 Perhaps this is a forecast of the work of Tesla’s ‘Roadrunner Project’ and million-mile battery tech?

Tesla unveiled its Semi back in 2017, and it has been spotted in the wild on numerous occasions. One of the main questions, when the Semi was seen crossing the country, was how was it going to charge? It couldn’t possibly rely on a normal Supercharger, right?

Well, it sort of did. Tesla actually had to make a setup that would allow the Semi to pull from multiple Superchargers at the same time. In fact, people saw the Tesla Semi connected to five Superchargers while charging.

Clearly, this was due to the Semi’s massive battery pack. However, the charging situation can’t remain this way. Tesla has plans to build out Megachargers for the Semi, but since the vehicle is not yet being produced or delivered to customers, it makes no sense to build a charging network yet.

With CEO Elon Musk recently emailing his employees that it’s time to bring the Tesla Semi to volume production, it’s also time to nail down the charging situation.

More recent sightings of the Tesla Semi out in public have revealed that the truck now uses just two Superchargers to juice up. More interestingly, these are two 150 kW V2 Superchargers rather than the new, more powerful V3 units.

As you can see, it was the red Tesla Semi carrying cars for end-of-quarter deliveries. The truck was spotted at the Rocklin Supercharger in California, which is not too far from Sacramento.

Is the Tesla Semi already using million-mile batteries produced by Tesla? Is this related to the Roadrunner Project? What’s up with the Maxwell and Hibar situation? There are so many unanswered questions here. Hopefully, we’ll learn much more about Tesla’s battery plans at the upcoming Battery and Powertrain Investor day in September.

: Batteries, Charging, Semi, Supercharger
Previous Post Tesla Might Break Even In Q2: Musk Calls For All Hands On-Board Next Post Impressed With Community Support, Musk Says He Will Visit Tulsa

Sudden Loss Of Range With 2019.16.x Software JRP3Data point: Tesla has upgraded new S/X Supercharging speed to 250kW.And perhaps they will be joining us in this thread in another four years. Post by: cpa, Yesterday at 12:29 PM in forum: Model S: Battery & Charging

MPP Comfort Kit at stock height? So i've only driven my M3P+ about 400 miles and am pretty content with the ride quality. What i hate about it is the ride height and have therefo ... Post by: 20TM3, Today at 8:27 AM in forum: Model 3

HPWC retrofit calamity Just did a DIY retrofit over a 14-50 installed by my house builder. The old outlet had A 6/3 romex run to a receptacle stapled to a stud. (No drywall ... Post by: Xd85, 38 minutes ago in forum: Model S

Considering Model X Lease Hello everyone, I currently and considering to lease a Raven Model X. Right now I have a Model 3 and a Q7. I am wanting to sell the Q7 and start leasi ... Post by: captain_sahaj, 15 minutes ago in forum: Model X